A severe reduction of Chinese steel prices could lead to diminished demand for long-haul charters of iron ore, which in effect could trigger losses in the Capesize dry bulk market. In a recent report, shipbroker Banchero Costa noted that “Chinese steel prices saw a dramatic fall of over 20 percent in November, narrowing margins for steel mills that had been enjoying profits over the past 1+ years. A recent rally is largely expected to be temporary knee-jerk reaction to the trade ceasefire between China and the U.S. over the weekend. Demand from the construction sector typically slows down during the winter months, and this has compounded with concerns of oversupply due to more lenient production curbs this winter”. 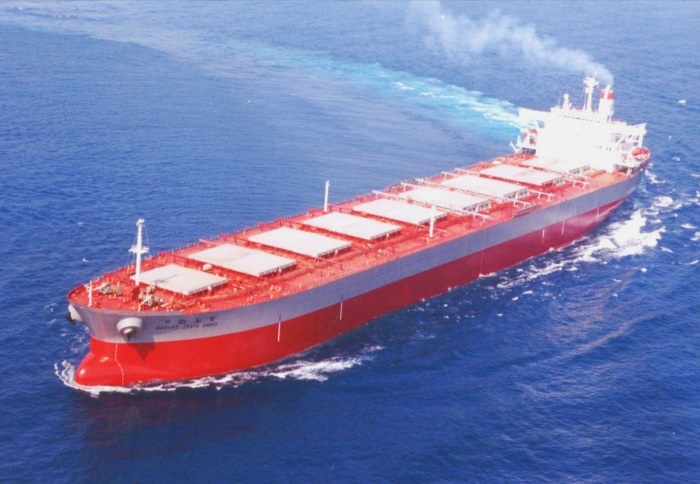 According to Banchero Costa, “China has allowed cities to set their own steel production restrictions this year based on emission levels, unlike the blanket production cuts imposed across 28 key steel-producing cities in 2017. There have also been worries that consumption in China may not recover strongly after the winter, as the economy comes under pressure from the trade war with the U.S. and lower consumer spending. Furthermore, the outlook for China’s property market appears bearish as the government maintains its home-purchase restrictions, with securities firm China International Capital Corporation (CICC) forecasting new home sales to slide by 10 percent in 2019”. 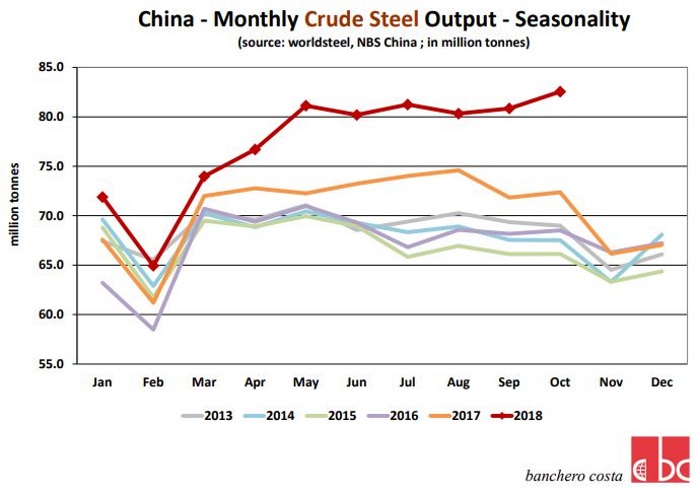 The shipbroker added that “S&P Global Ratings also expects home prices to fall by as much as 5 percent next year, while GS-CIMB Securities predicts a 10 percent decline in prices and sales volumes. Thus, an anticipation of further steel price declines is discouraging traders and steel mills from their usual activity of replenishing iron ore and steel inventories over the winter, ahead of the typical seasonal demand pick up in spring. This is in spite of both iron ore and steel inventoriesfalling to their lowest this year. As steel mills face shrinking margins, they have been reducing costs by returning to cheaper, low to mid-grade iron ore. This is in contrast to previous months when steel prices and margins were still bullish, which helped higher grade iron ores to gain popularity in China as the government clamped down on air pollution”. 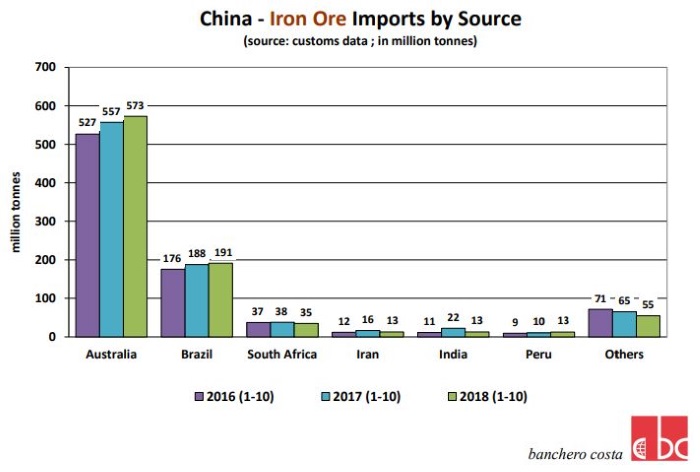 Banchero Costa says that “the changing trend could be bad news for longer haul shipments from Brazil and South Africa, which supply the highgrade iron ores with 65 percent iron content. On the other hand, a preference for low to mid-grade ores is expected to be a boon for Australian miners such as Fortescue Metals Group, which is set to ship its first cargo of 60.1-percent West Pilbara Fines to Chinese customers in December. Fortescue largely produces the lower grade ores with 58 percent iron content, while the vast majority of Australian ore is of 62 percent, such as those mined by Rio Tinto”, the shipbroker concluded.
Nikos Roussanoglou, Hellenic Shipping News Worldwide