Dry Bulk Market: Positive Trend Appears to End by the Start of 2021

The dry bulk market upward prospects from 2021 onwards seem to have a “ceiling”. While futures indicate that an improvement could be on the cards until the end of 2020, the same can’t be said for the start of the next year moving forward. In its latest weekly report, shipbroker Allied Shipbroking said that “with summer holidays just past, the debate now remains as to what we can expect for the remaining part of the year. Traditionally final quarter has been in favor of stronger markets (remember the 4th quarter of 2019 in Capesize). On top of this, both the upward momentum in freights in the summer period and the considerable recovery in sentiment during the same time frame, has left adequate space for some to hold a relatively bullish outlook for the upcoming months. However, operating under a tailrisk regime, how “safe” is that approach?” 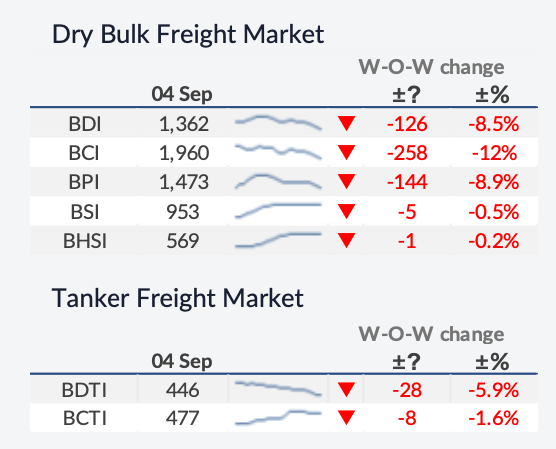 According to Allied’s Research Analyst, Mr. Thomas Chasapis, “a good place to start may well be on a more in depth look at the indicators that currently support such a bullish outlook for the rest of the 2020 market. First, let us start with the strong trends in earnings noted throughout the past 3 months. The recovery path has been emphatical, with the benchmark TCA figures reaching year-to-date highs. Indicatively, the Capesize 5TC 3-month average value is now above the 20,00 US$/day mark, the Panamax TCA average for August hoovered relatively close to 15,000 US$/day, the Supramax TCA average value for August was almost double what it was back in May, while the 4-month continuous upward momentum in Handysize segment has been the main market highlighting this upward direction”. 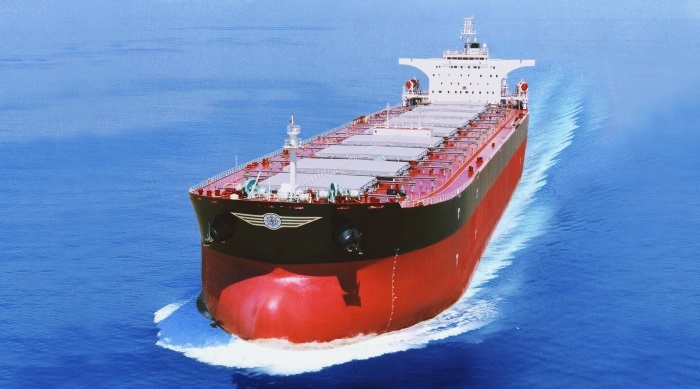 “At the same time, freight gains during the 3rd quarter (up to date at least) have materialized under a lower risk parity regime. A mere look at the coefficient of variation for freight rates (a fairly good indicator as to the impact of volatility measured by the standard deviation related to the average value) across all the main time charter indices for the different size segments, and the uptick is more than apparent. The paper market has also become more bullish (for the short run at least), with FFA contracts with due dates before the closing of this year noticing a fair boost as of late”, Chasapis added. 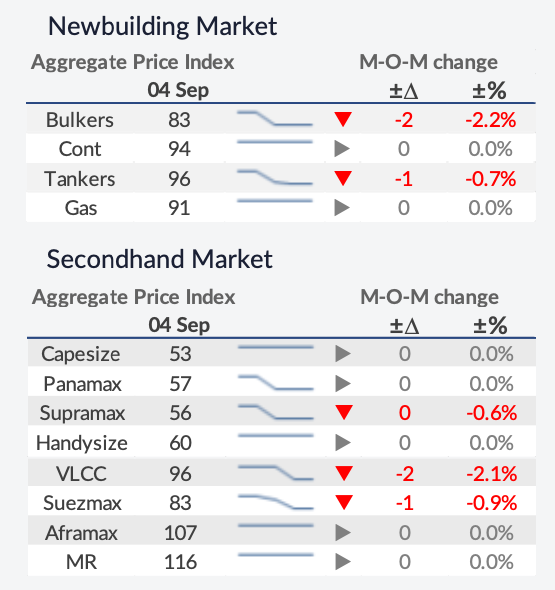 Allied’s analyst also noted that “notwithstanding this ample positive sentiment noted at this point in the market, there are still many worrisome parameters and signs that should be mentioned. As we commented earlier, in the FFA market, the positive tone is focused only on the remaining part of the year (supporting the idea that an asymmetrical distribution in realized returns exists within a small window of opportunity), while further forward returns suggest immediate corrections, especially for “bets” from Jan ’21 onwards. Moreover, even after the early part of next year that is traditionally subject to seasonally inflicted negative pressure, we still see a relatively low ceiling in potential future average returns. This has also been evident for many months now in the macro-oriented contracts with distant expiration dates. The upward resistance is visible in the asset price levels as well, which don’t show significant potential at this point, despite the considerable progress being made from the side of earnings”, Chasapis noted. 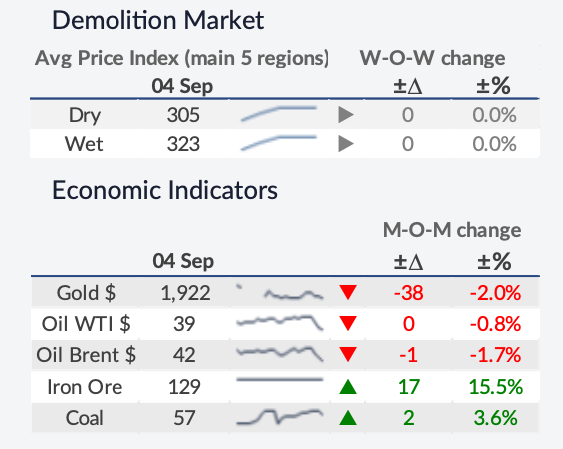 “All-in-all, the status of many markets is rather fragile, given the current pandemic situation. Seeing at the beginning of the year, how quickly and firmly economies can be significantly harmed by circumstance like this, it is rather difficult to make any strong assumptions for the time being at least. A whole lot will depend on how things evolve from the side of the pandemic. Even with relatively “good” fundamentals being noted in terms of the supply-demand dynamic, if global markets have to once again face a state of clampdown, disarray and uncertainty, the impact on overall trade and as a result shipping activity, can prove to be fairly severe”, Allied’s analyst concluded.
Nikos Roussanoglou, Hellenic Shipping News Worldwide