After a long period of lackluster display, the dry bulk market is finally showing some signs of a recovery. In its latest weekly report, shipbroker Allied Shipbroking said that “having officially entered the summer season, we have started to see some hopes being raised of better market conditions to come for dry bulkers. This view is primarily being driven by the market patterns noted during the previous 3 years, with a typical upward drive usually starting to take shape in and around early June. Taking the performance and trends of the market for the first 5 months of the year as a guide and stacking that against the typical seasonal patterns noted over the past 3 years, we can start to see how much ground there is to support such optimism”. 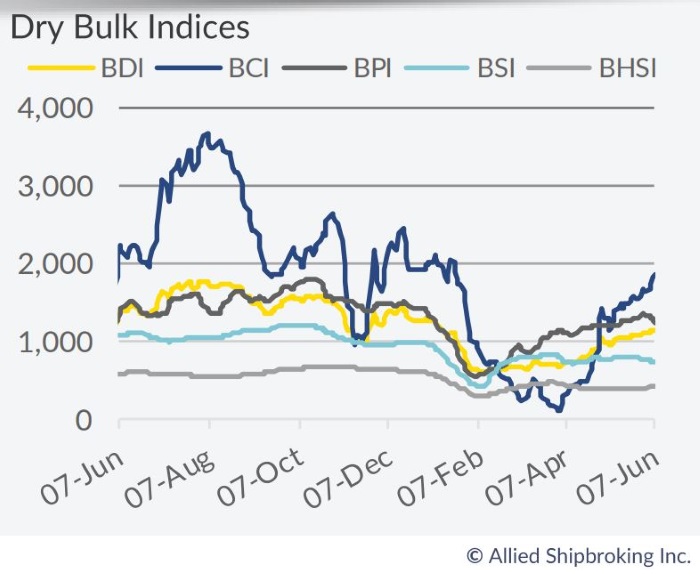 According to Allied’s Head of Research & Valuations, Mr. George Lazaridis, “we have seen an overall better image emerge on the larger size segments, thanks to the better trade movements that were noted in the iron ore trade during the month of May. The close to 4% month-on-month jump in iron ore imports into China helped better balance markets, allowing both Capesize and Panamax vessels to continue to show a fair improvement in their respective freight levels during the course of the month. This has led to the average freight rate assessment for these size segments to reach levels on par or just above the levels they were posting during the same time frame back in 2018 and 2017. Quite a remarkable turn, if you take into consideration that up until April both were trailing well below levels noted during the past 2 years”.

Lazaridis added that “this improvement may well continue throughout most of the summer period given the surge we have witnessed in Chinese steel output this year, with the continuously increasing appetite for feedstock likely to further drive demand for iron ore imports during the next couple of months. Taking into consideration that iron ore stocks at Chinese ports have fallen to their lowest levels since early 2017 and that even with this recent recovery noted in iron ore imports during the month of May, we are still considerably below the total import volumes that were being noted during the same first 5 months of 2018, there is still room for further import increases to be noted over the next couple of months. This “catch-up” game could help further boost freight rates, though much will depend on the price of steel products remaining firm and allowing for steel mill production levels to continue on their bullish path”. 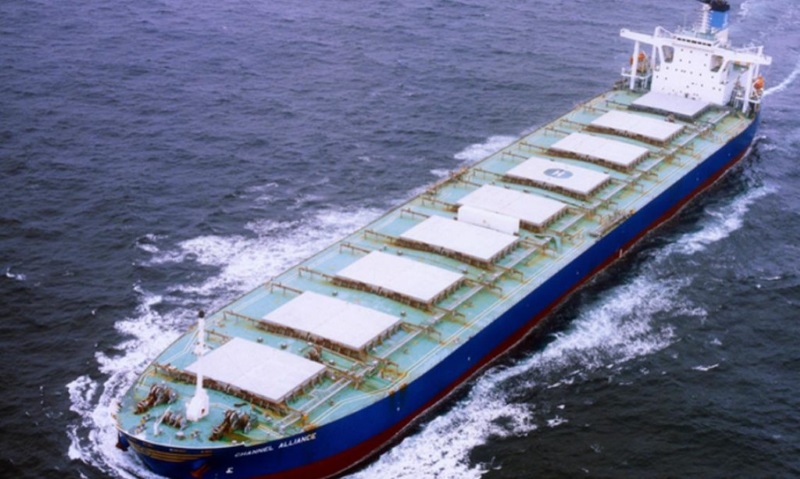 Meanwhile, “despite the positive signs being seen for the larger size segments of late, things have been a bit more tough for Supramax and Handysize vessels. In part this poor performance has been influenced by the subpar conditions being noted in the grain trades and more specifically in the soyabeans trade. According to the latest trade figures, China’s soybean imports for May fell by almost 25% compared to the same month last year and by 3.7% compared to the figures posted for April of this year. The renewed escalation of U.S.-China trade tensions could well deteriorate things further on this front, possible even hitting some other minor bulk commodities which these two size segments heavily depend on. Despite all this it must be said that up till now freight rates have been holding up relatively well, given that we are currently trading at on par earnings with those witnessed during the same period last year. That however doesn’t say a whole lot given that the trade spat between the U.S. and China had started to show face during the first quarter of 2018. Things are still looking to be relatively challenging for the dry bulk market right now, yet it looks as though there may well be some positive hope for the summer months. Given however how many negative influencers are still at play, the currently prevailing optimism may well be challenged further before the summer heat really kicks in”, Allied’s analyst concluded.
Nikos Roussanoglou, Hellenic Shipping News Worldwide