The dry bulk market has rallied to levels not seen since 2010. However, this latest rise could be short lived, as a result of weakening fundamentals. In its latest weekly report, shipbroker Allied Shipbroking said that “in the midst of August, the dry bulk market seems to be set on “fire” once more, with the BDI last week surpassing the 4,000 basis point mark for the first time in 11 years. Despite the remarkable recovery already seen in the year so far, the market never ceases to surprise with its ability to provide an even bigger upward push in freight levels. Despite this past week’s remarkable climb being mainly attributed to the Capesize market, which witnessed a jump of over 25% in one week, the dry bulk market as a whole continues to keep strong and all of the other smaller size segments also showed further boosts in their freight figures”. 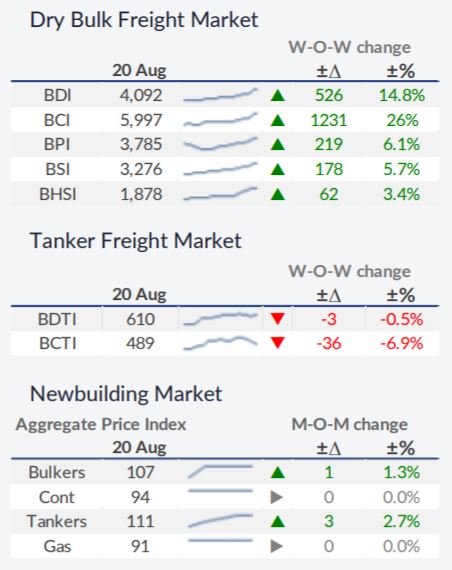 “Yet despite all this, the market still seems to be “bipolar”. Last week despite the ample seaborne trading activity we witnessed in iron ore, the commodity itself reached its lowest price point in the year so far, with numbers having dropped back down to levels not seen since November 2020. This past Thursday alone we witnessed a 15% single day drop, while this almost continues downward trend has been takin place now since mid-July. In part this drop has been prompted by the ample supply of iron ore that has returned to market. Brazil alone has seen, according to some, an approximate 12% increase in iron ore shipments compared to the same time last year. At the same time, the high prices noted early on in the year have prompted a whole series of iron ore producers to amplify their efforts in increasing the supply coming in”, Allied said. 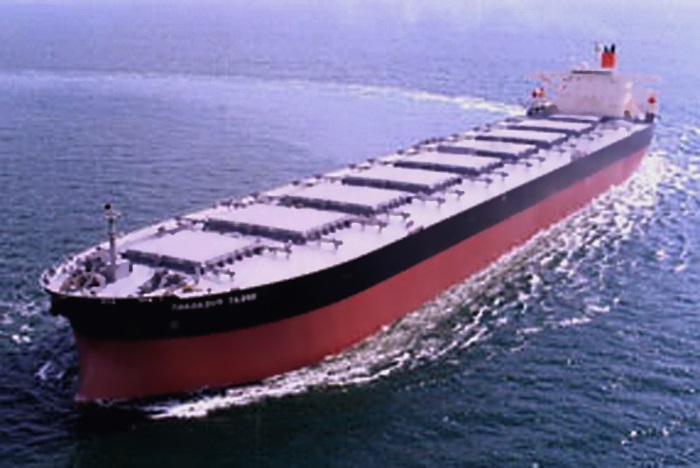 Yet, according to George Lazaridis Head of Research & Valuations with Allied, “the big issue the seems to slowly be creeping in is that this flood of returning supply is also coming into a market with gradually falling demand. The Chinese economy has seen a great deal of infrastructure investments going through this past couple of months, but with an increasing level of lockdown measures being taken in the country to fight off the Delta variant, coupled with the increasing pressure to restrict pollution, we have already started to see a weakness emerge in China’s steel demand. During the past month we have already witnessed a drop in steel production figures as well as a general slowdown in industrial production, fixed-asset investment and retail sales, while property sales have seen the biggest drop compared to all the aforementioned. Steel production is still highly dependent on the local economy and with lockdown restrictions now having reached level which are comparable to those of April 2020, there is an increasing fear that all this economic activity driving the shipping markets during the 1H21 will scale back considerably”. 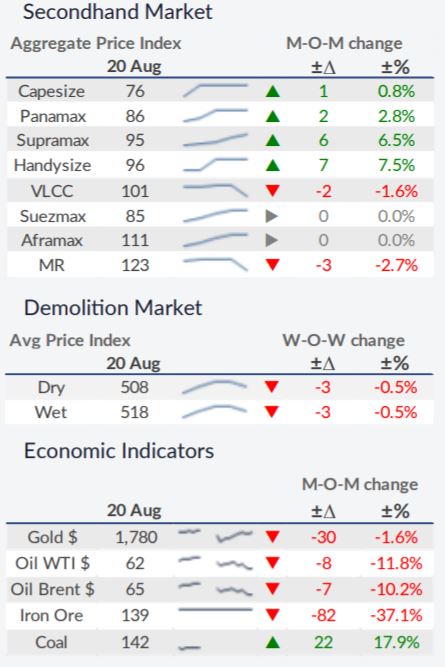 Lazaridis added that “right now, it seems that the most favorable winds blowing in the shipping markets’ direction is the still ample disruptions taking place across ports globally, something which has been cutting back tonnage supply in the market for several months now. It seems as though that even in this market’s high points, there is no running away from the constantly high levels of uncertainty being faced. Returns may well be at all time highs, but so are the risks being faced. We still have a long way to go before a more “normal” balance is reached, yet even in the midst of all this turmoil there seems to be ample opportunities to take hold. For now, there are plenty of worries as to how the global economy will perform in 4Q21, yet even if we see a strong scale back from the ample industrial production and global trading levels witnessed thus far, there is a sense that even this market downturn will be much better than anything seen over the past few years. Naturally any such hypothesis can be quickly turned on its head if the pandemic is not contained and the spread quickly gets out of control once again”, Allied’s analyst concluded.
Nikos Roussanoglou, Hellenic Shipping News Worldwide

An uneven revival in newbuilding orders