The dry bulk market is riding on a high as a result of demand picking up around the world. In its latest weekly report, Allied Shipbroking said that “a remarkable change has been witnessed of late in the dry bulk market, with demand ramping up significantly and boosting freight rates to levels not seen for some time now. However, the question holds to if the current demand trends will hold through during the rest of the year or if this is just a temporary peak. Given the most recent global developments, the worst impacts on trade as part of the global pandemic seem to have passed for now”. 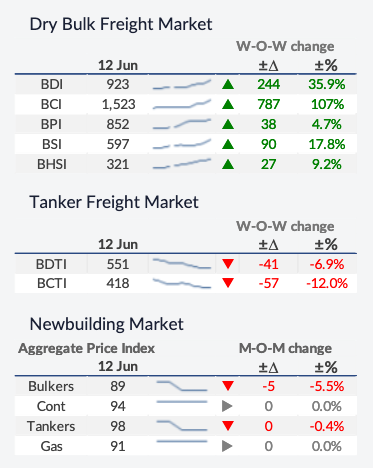 According to Allied’s Research Analyst, Mr. Yiannis Vamvakas, “the gradual re-opening of all countries and the intensified interest for restocking have given a boost to the dry bulk market. China posted in May their strongest industrial production growth rate since last December, with the y-o-y growth standing at 4.4%, up from 3.9% in April, while worth mentioning that it had dropped by 14.8% during the first five months of the year. At the same time, retail sales and fixed asset investments have both improved in May but still fall short from what they were earlier in the year. According to official data, retail sales posted a -2.8% y-o-y decline in May while fixed asset investments posted a – 6.3% drop, but this is still encouraging considering that the respective figures for April where -7.5% and -10.3%”. 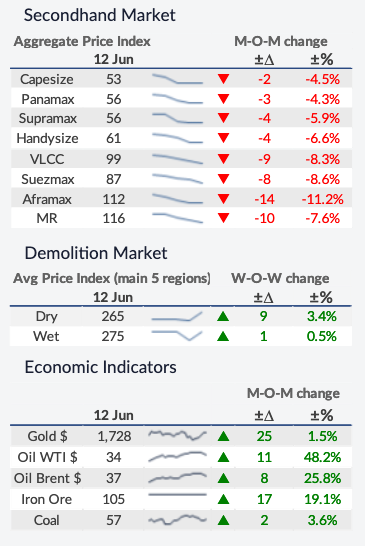 Vamvakas says that “this comes after the massive stimulus package of nearly 3.6 trillion yuan (US$506 billion) that the Chinese government announced, which will increase the country’s budget fiscal deficit to a record high of 3.6 per cent of GDP. However, we should keep in mind that given the recent rise in Coronavirus cases and the already historical high unemployment rate, things are still at risk. Moving on to the US, the record high unemployment (highest level since the Great Depression) noted in April continues to hold concerns over the state of the economy. However, a gradual improvement seems to be taking place, with the official unemployment rate for May dropping to 13.3%, from 14.7% in April. Meanwhile, based on credit-card spending, ecommerce and consumer mobility data, consumer spending in the country rose to 90% of its pre-pandemic levels. Before the COVID-19 outbreak, US GDP was expected to grow by about 2% for 2020, while the IMF is now saying that a contraction of about 5.9% will likely be seen”. 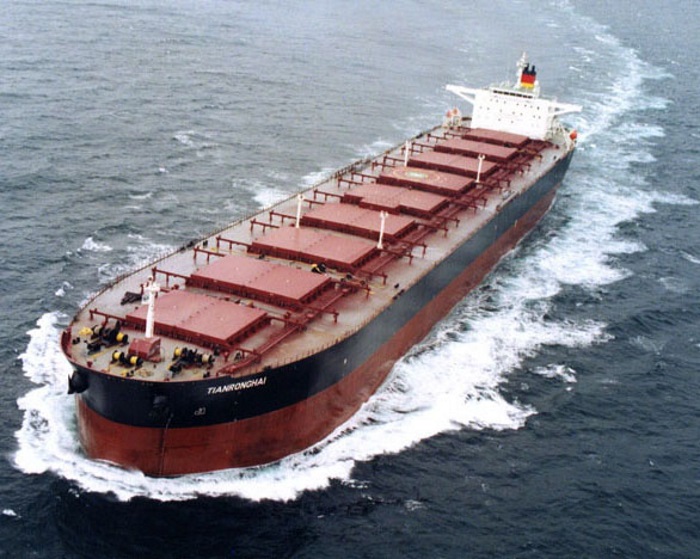 According to Allied’s analyst, “adding a touch of optimism here however, there looks to be another stimulus package of at least $2 Trillion under consideration. This will follow the already announced $3 trillion “Heroes Act” stimulus package. In Europe we have seen countries starting to re-open their borders for travel, while shops and industries have already restarted in most cases. The most recent mobility and consumer spending data is pointing to an improved picture, with the notable stimulus package announced in May slowly starting to show face. On 27 May, the Next generation EU was announced, which includes measures of a €750 billion in value, including €500 billion that the Commission plans to borrow on low borrowing costs and distribute as grants to EU companies. With the bottom of the “trough” having passed, there is some confidence that demand will resume back on an improving trajectory for the dry bulk market. However, we should note that the current demand rebound is mainly influenced by the stimulus packages undertaken, something that cannot last forever. In addition, given that the pandemic looks to be far from over, this demand recovery is still fragile. Finally, aspects such as seasonality, fleet growth and commodity prices all affect the freight market as well and thus even if demand continues to rise during the rest of the year, it does not necessary mean that freight earnings will do so as well”, Vamvakas concluded.
Nikos Roussanoglou, Hellenic Shipping News Worldwide

Previous: A New Wave of Compliance is on the Horizon for the Shipping Industry
Next: Tanker Market Rates 19/06/2020