The dry bulk market has managed to capitalize from the global economy’s rebound. In part this is due to the demand growth, but also thanks to a moderate growth of supply, a trend expected to continue thanks to high newbuilding prices and shipbuilders’ preference towards more profitable sectors.

In its latest weekly report, shipbroker Allied Shipbroking said that “the year so far has been a remarkable one for dry bulk owners. The BDI has climbed during the year to its highest point since 2008 and still looks to be holding on a bullish tone. However, how sustainable are these levels and will 2022 be equally strong? It is evident that the strong rebound in demand has been led by an excessive rebound in global trade this year, overwhelming tonnage availability and boosting freight premiums. According to the WTO, global trade is expected to rise by around 10.8% this year and another 4.7% in 2022”. 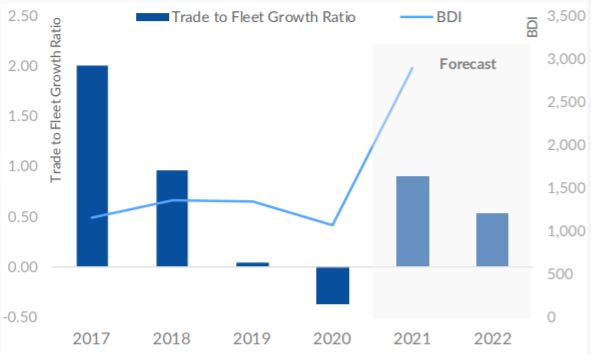 According to Mr. Yiannis Vamvakas, research analyst with Allied, “as impressive as these figures may be, we should take note that we start from the catastrophic 2019-2020 period, when the pandemic and its production disruptions pushed global trade into negative growth figures. However, despite the optimistic outlook, there are still concerns over the global economy. Adding on to these concerns, China announced that economic growth slid to its slowest pace in a year during the 3rd quarter (4.9%), while industrial production rose by just 0.1% in September. This comes just a few weeks after the increased concerns over an energy “crisis” and a slowdown in production in several industrial facilities in Asia and Europe”. 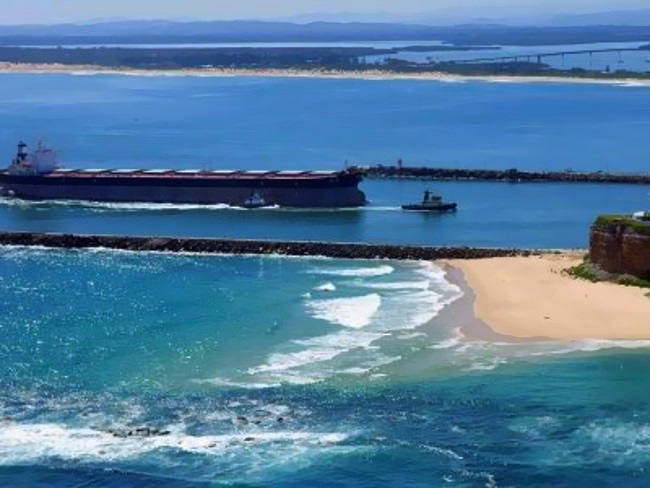 Mr. Vamvakas added that “on the other hand, not all the announced data was equally worrisome. Retail sales, a figure depicting the overall consumption in the country, as well as total exports were boosted once again. The moderate fleet growth witnessed during the past five years or so, averaging at around 2.8%, has helped feed this positive atmosphere while 2021 and 2022 are not expected to break out considerably from this average. Furthermore, the high newbuilding prices and the preference by shipbuilders to focus on more profitable sectors, have helped retain the orderbook at moderate levels. Given today’s market conditions, 2021 will end on a high note even if a slowdown is noted during the final quarter. As to 2022, the demand to supply growth ratio for the year is expected to remain in favor of an overall tonnage shortage, albeit scaled down compared to 2021. However, factors such as further uncertainty due to the pandemic, a possible record inflation and restrained consumption, could all shake up the freight balance, tipping the scales the other way around”, the shipbroker concluded.
Nikos Roussanoglou, Hellenic Shipping News Worldwide