The dry bulk market could be entering a more bearish period in the coming weeks. In its latest weekly report, shipbroker Allied Shipbroking said that “it is without question that the dry bulk sector has been on a gloomy path these past few months or so, with the main benchmark freight figures being under pressure and losing considerable ground. On the other hand, even during a booming market regime, it is still normal to expect to see time intervals in which the market corrects. The important question to answer is as to when a periodical correction means more than the very word “periodical” denotes”.

According to Mr. Thomas Chasapis, Allied’s Quantitative Analyst, “when the market is feeling considerable pressure, downside risk is automatically on the rise as well. The graph below tries to give an indication of this with the use of the technical indicator Ulcer Index (UI). UI captures the depth and the duration in the correction of a price from previous highs. The heftier a correction is and the longer it takes to recover, the higher this metric is sustained. It is considered “superior” to other volatility metrics, given that it accounts only for negative volatility and increases in value through price depreciation”. 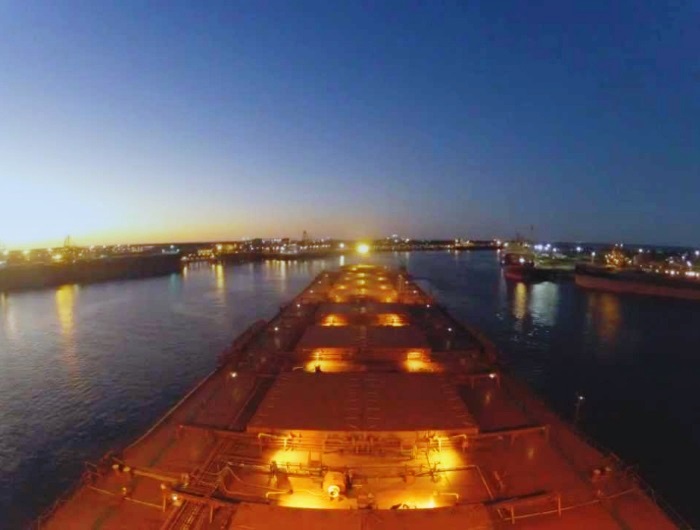 Chasapis added that “other classic statistical metrics like standard deviation can appear more confusing from time to time when trying to capture a rising risk environment (higher volatility), when the market can actually be quite bullish. Getting back to the graph, we calculate the UI for all benchmark dry bulk indices, and we extended the analysis from the start of the previous year. It is not the first time that this indicator prevails inflated for all separate size segments, but at this point, we have relatively stronger signs of downward resistance, with the market seemingly unable to recover, while constantly lagging well behind its moving 14-day highest value”. 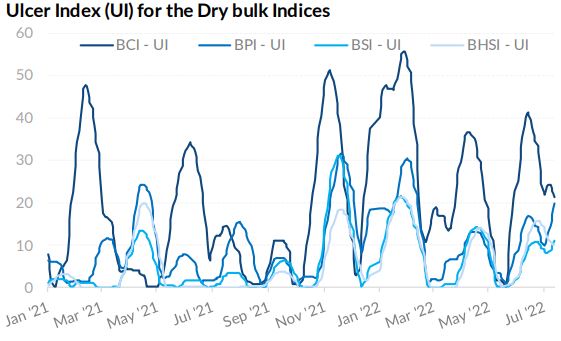 “The above technical analysis does not suffice to argue any bearish momentum within the dry bulk market. It is more of an indication to understand the fact that we may well be entering into a riskier market regime in the near term. At the same time, it is worth mentioning that what is shown by this graph is that this won’t be a privilege unique to the bigger sizes. Moreover, as the cost of borrowing is already in a transitional period towards higher levels, does it not automatically mean that the market’s risk has become more ‘expensive’ as well? “, Allied’s analyst concluded.
Nikos Roussanoglou, Hellenic Shipping News Worldwide