With the dry bulk market looking for a new balance, it’s intriguing to take a look at the current state of Australia’s iron ore exports, one of the most important sources for China. In a recent weekly report, shipbroker Banchero Costa said that “Australian iron ore exports are now expected to end the current year with roughly the same total volumes as in 2018, or perhaps with some luck just a marginal gain of +1% or +2% year-on-year. This is quite surprising, given how turbulent a year this has been for the iron ore markets. The Brumadinho dam disaster in Brazil in January 2019 led to significant shortages of iron ore on the market, and led to a spike in iron ore prices, which essentially doubled between January and June”. 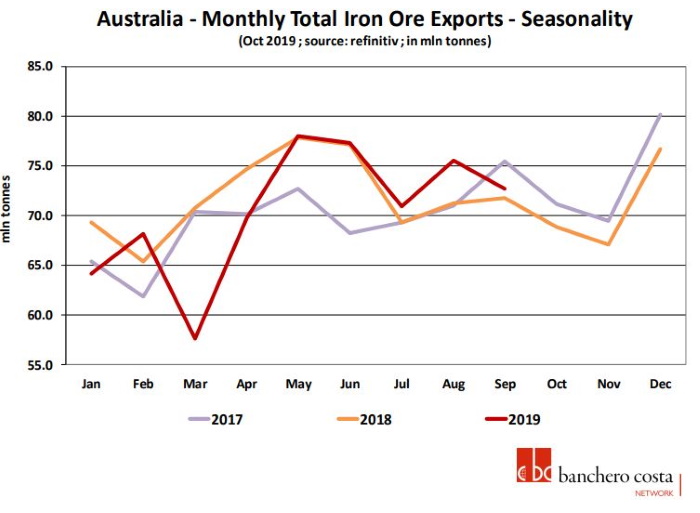 According to Banchero Costa, “one would have expected Australian miners to capitalise on this opportunity, but a mix of limited spare capacity, weather-related disruption in North-West Australia, and poor demand from traditional buyers have prevented any significant gains in volumes. In the first 9 months of 2019, based on Refinitiv vessel tracking data, Australia exported 634.0 mln tonnes of iron ore, which was down -2.0% year-on-year. In fact, export volumes in the first quarter of 2019 were down by as much as -7.5% year-on-year, to 189.9 mln tonnes”. 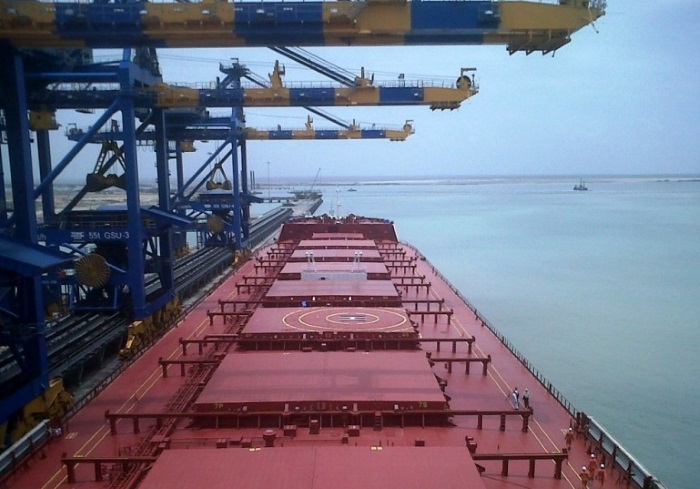 The shipbroker added that “the main problem was the hit by Tropical Cyclone Veronica in March 2019. In preparation for passage of Veronica, major shipping ports on the Pilbara coastline were forced to cease operations in the interests of safety. The port of Port Hedland, the most valuable export hub in Australia and one of the largest iron ore loading ports in the world, was closed on 22 March, with operations only resuming nearly four days later. As a result of the disruption to the mining and export operations, Rio Tinto estimated that its iron ore production would suffer reductions of approximately 14 mln tonnes during 2019. Rio Tinto’s Cape Lambert port wharf also sustained damage from waves generated by the cyclone, and repairs to the company’s Robe River sorting facility following a fire earlier in the year were delayed during the event. Fortescue Metals reported that exports of up to 2 mln tonnes of its own iron ore were disrupted during the cyclone. In March 2019, Australia managed to export just 57.6 mln tonnes of iron ore, down -18.6% year-on-year compared to the same month last year. Exports have been steadily recovering since then”. 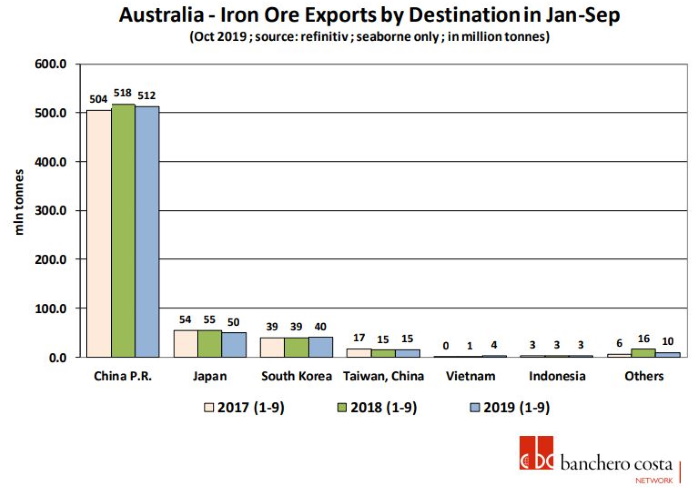 Banchero Costa added that “between April and September 2019, Australia exported 444.1 mln tonnes of iron ore, which was +0.5% compared to the same period last year. Of the total 634.0 mln tonnes exported in January-September 2019, as much as 511.8 mln tonnes (81%) were shipped to Mainland China, with 50.0 mln tonnes (7.9%) going to Japan, 40.5 mln tonnes (6.4%) to South Korea, 15.2 mln tonnes (2.4%) to Taiwan, 3.6 mln tonnes (0.6%) to Vietnam, and 3.4 mln tonnes to Indonesia (0.5%). About two-thirds of these volumes, and about half of loadings, have been done on Capesize or VLOC ships. The biggest cut this year was to volumes to Japan, which declined by -9.2% year-on-year. Shipments to China declined by -1.2% year-on-year, whilst volumes to South Korea actually increased marginally this year by 3.6% year-on-year”, the shipbroker concluded.
Nikos Roussanoglou, Hellenic Shipping News Worldwide