Dry Bulk Newbuildings the “Weapon of Choice” Among Shipowners

Shipowners’ “appetite” for dry bulk newbuildings hasn’t waned at all during 2019. In its latest weekly report, shipbroker Allied Shipbroking noted that “a stable flow of new orders for dry bulk vessels has been witnessed from the beginning of the year, with another 4 vessels being ordered during this past week. These figures of course are not remarkable but of note when we consider the recent freight rate slump. As to the tanker market, newbuilding activity has also held at steady levels, with orders for 3 new Suezmax and 1 small product tanker coming to light during the past week. Despite the significant number of new orders that have been seen the year so far, many market participants were expecting even firmer activity levels due to the positive market outlook currently held by most. Finally, it is worth mentioning the impressive rise of LNG carrier orders that have almost doubled compared to the same period back in 2018 while more units are expected to be added to the orderbook during the rest of the year”. 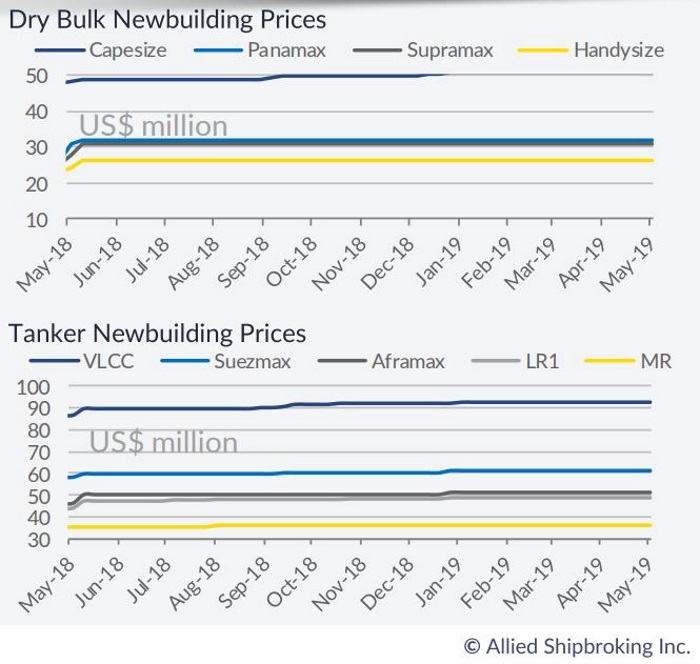 Similarly, in its latest weekly report, shipbroker Banchero Costa said that “Santoku Sempaku — instead of placing as common practice for Japanese Owners their Newbuildings in the domestic market— decided to order 2 x 61,000 dwt Ultramax Bulkers at Dalian Cosco (Dacks) for dely from end 2020 at undisclosed price. Wisdom Marine, Taiwan placed 2 x 37.800 dwt Bulkers at Imabari at level of $ 25 mln per unit for dely 2021. On the wet side, three Suezmaxes have been ordered/options declared: Enesel declared their option for 2 x 158,000 dwt at Daaehan (scrubber fitted) for dely 2021, while Samos Steamship, Greece placed their order to Japan Marine United (JMU) for 1 x 158,000 dwt Suezmax Tanker (Open-loop scrubber fitted) for dely 2021 at undisclosed price”, the shipbroker noted. 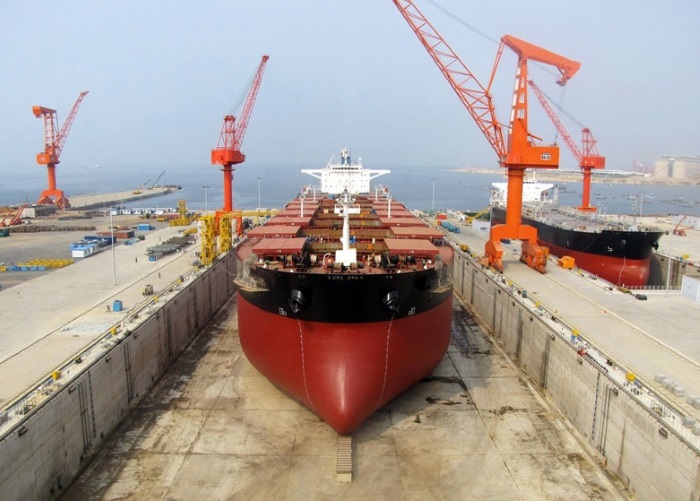 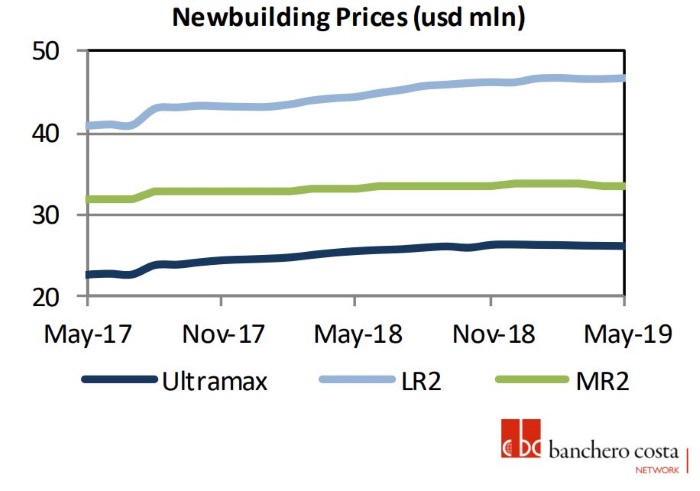 Meanwhile, in the S&P market this week, Banchero Costa said that “on the Dry Bulk segment, an ore carrier ‘PACIFIC GLORY’ around 233,000 dwt 2004 Imabari was sold to Korean buyers for $14 mil. A couple of older Capesize bulkers changed hands,’MINERAL CHINA’ 171,100 dwt 2003 Hyindai and ‘IRON FRITZ’ around 176,200 dwt 2003 Universal sold at $14 mil to Korean buyers and at$12,3 mil to Chinese buyers respectively. A Panamax ‘CHRIS’ around 77,000 dwt 2006 Imabari was sold to undisclosed at $10.6 mln, whilst in the Uupramax segment a soft price of tick below $10 mln was achieved by ‘VIL BALTIC’ 57,000 dwt Qinshan 2010 built. On Tankers, One of the distressed assets of Brightoil, a modern VLCC ‘BRIGHTOIL GLORY’ 319,000 dwt 2012 built Hyundai was sold at auction in Hong Kong to clients of Delta Tankers at region $58 mln. A sister, but one year younger ‘BRIGHTOIL GRACE’ will be auctioned on 4th June along with an Aframax tanker ‘BRIGHTOIL LION’ around 107,500 dwt 2010 built Tsuneishi – will be interesting to see which price these may achieve in a upturning market. The MR2 ‘FIDELITY’ II’ was sold basis prompt T/C free delivery to clients of Maersk Tankers at region $18.25 mln. Finally, two smaller MR1 ‘CELSIUS PENANG’ and ‘CELSIUS PERTH’ around 37,200 dwt 2004 Hyundai Mipo were sold enbloc to Indonesian buyers at region $8 mln each”, the shipbroker concluded. 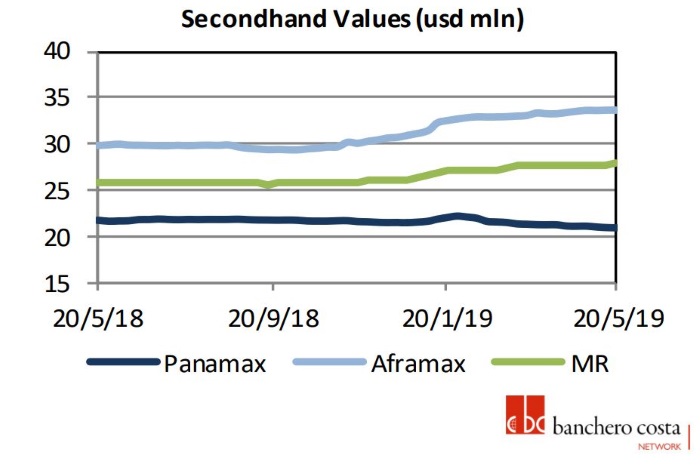 Allied added that “S&P activity eased back last week for dry bulk vessels, with few interesting deals being reported across the all size segments in the sector. However, the question is if this week’s poor transaction figures is the norm, or if it is just a temporary break. An interesting point is that this was the second consecutive week that we witnessed a Capesize vessel changing hands. On the tanker side, prevailing patterns reversed with a significant uptick in interest being noted last week, as several transactions came to light. Focus was given once again on the product tanker segment, and specifically for MR units. This not a surprise as many have expressed belief of a significant ramp up in the freight market by the end of the year. On the crude oil tanker front, activity still ranges in the lower numbers, with only a couple of new deals being witnessed during this past week”, Allied concluded.
Nikos Roussanoglou, Hellenic Shipping News Worldwide