When shipping analysts were looking into 2018 with a glooming optimism regarding the dry bulk market’s recovery prospects, on the back of a solid 2017 and positive fundamentals, they couldn’t have foreseen, that the improbable factor which could come into play and reverse all this upwards momentum, would be a full-on trade war, between the world’s two biggest economies, the US and China! In its latest weekly report, shipbroker Allied Shipbroking said that “round two of the US-China trade spat continued this past week, leaving a bitter after taste for most in the dry bulk market as they see their market recovery slowly being eroded by the recent geopolitical frictions being expressed on the global trade scene. Last week witnessed one of the most worrying and direct hits on the bulk shipping markets, with China’s announcement to extend its tariffs on imports from the US to several more agricultural products including soybeans”. 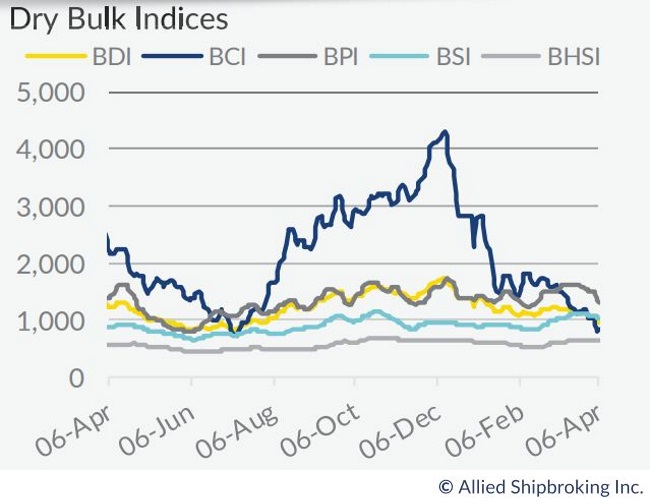 According to Mr. George Lazaridis, Head of Research & Valuations with Allied Shipbroking, “with the US holding a fair share of China’s soybeans imports of just over 94 million tons, this is a direct hit on a trade primarily served by dry bulkers and a significant one at that given that most wait for the seasonal peaks this soft commodity brings on to freight rates during the US harvest seasons. The largest majority of this takes place between October and March each year, at which point the US becomes the main source of soybeans for China, with the largest portion of the 35.7 million tons in total that it ships there annually being imported during this period”.

Lazaridis continued his analysis by noting that “in comparison Brazil which holds the lion share of China’s soybean imports, tends to provide its volumes during the remaining months, making it an unlikely candidate as a source to displace the lost imports from the US. Canada and Russia share similar harvest seasons and could as such help alleviate some of the issue, but they are nowhere close to be able to cover the total volume needed. Given that we are only talking about a 25 percent tariff, it is not a measure that can completely stop the trade in its tracks. The reasonable fear is that it will likely affect the trade growth that has been noted during the past couple of years, with the just over 10 percent average growth in traded volumes likely to stall and even reverse in its tracks. At the same time, we have the indirect effects that will be brought about by the proposed US tariffs on a large list of Chinese products, which could well lead to a deterioration in the global trade of dry bulk goods moving forward, taking into consideration that most of these goods rely on raw resources for their manufacturing in one way or another”, Allied’s analyst commented. 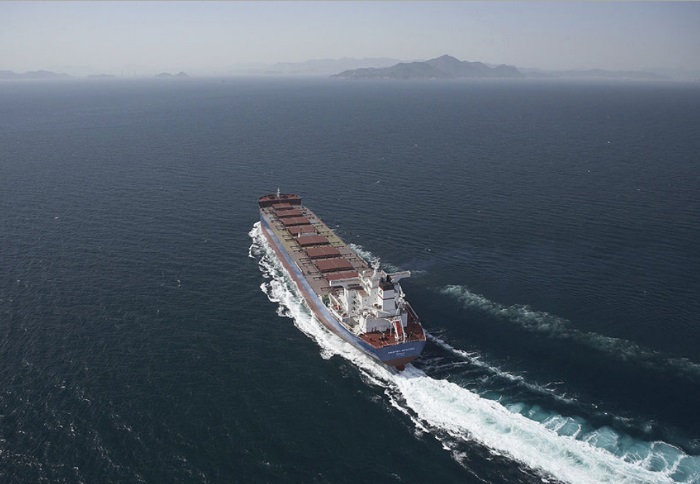 “All this leads to indications of a downward correction on the demand forecasts for this sector, something that will surely shake up the balance and lead to a more modest performance in the freight market. The hope is that all this geopolitical tension being noted will subside, with an eventual deal being struck before things intensify further and hopefully with most of the measures that have already been taken, reversed thereafter before any significant effect has been felt on the market. It the case that this takes longer than what would be ideal, there is little to worry about given the fact that the expected fleet growth is hovering at relatively low levels, while the orderbook for the next two years is at historical lows. The biggest fear is the combined effects that could be felt by the continues efforts being made in China to curb pollution by scaling back steel production and other industrial activities in several major cities and regions. All this leaves for a cap on coal consumption, another vital commodity for the dry bulk trade, which in combination to the downward pressure on the rest of the commodities described above and in our previous report, could lead the total dry bulk into a perpetual limbo state. Let’s hope reason does prevail and a deal is struck sooner rather than later”, Lazaridis concluded.
Nikos Roussanoglou, Hellenic Shipping News Worldwide