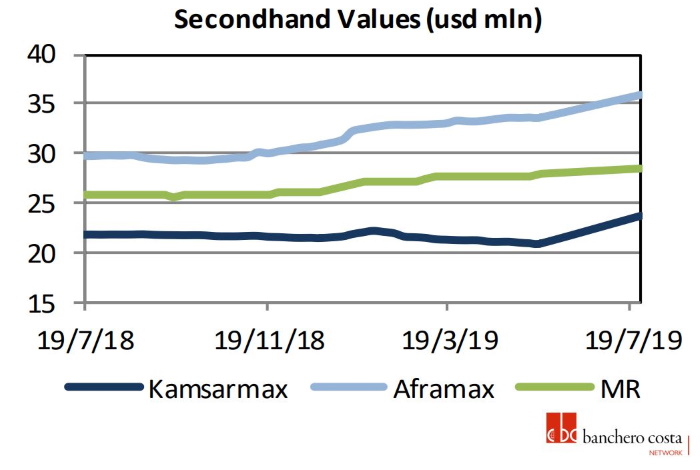 In a separate report, Allied Shipbroking added that “on the dry bulk side, activity eased back slightly this past week, but remained at relatively strong levels. Last week’s reported deals were spread mainly across the Panamax and Ultramax sizes. With the freight rate rally taking a pause and being in the midst of the summer period, it is likely that we will see a further slowdown in volumes over the following weeks. However, this does not mean that buying appetite is limited, and in the case that freight continue to show a bullish face, things could well heat up even in the midst of August. On the tanker side, a considerable amount of transactions were reported this past week, with focus given to the oil products segments. WE have already seen aggressive moves take place in the year so far from several buyers in the market. Even though we may see a slowdown in the SnP activity in the following weeks due, further activity is expected as we approach the final quarter of the year”, the shipbroker said. 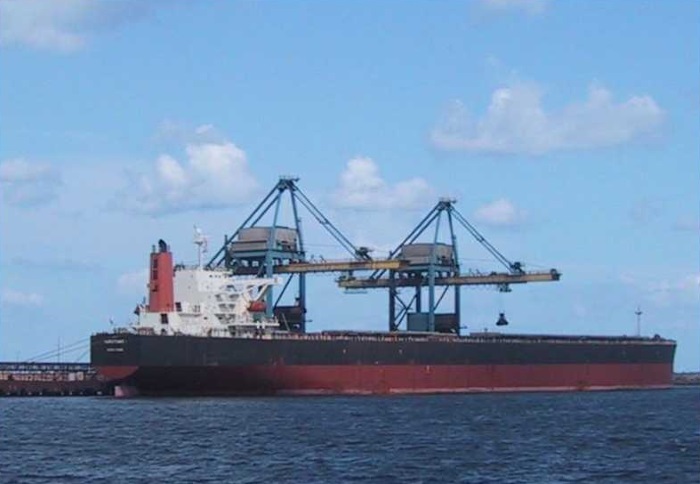 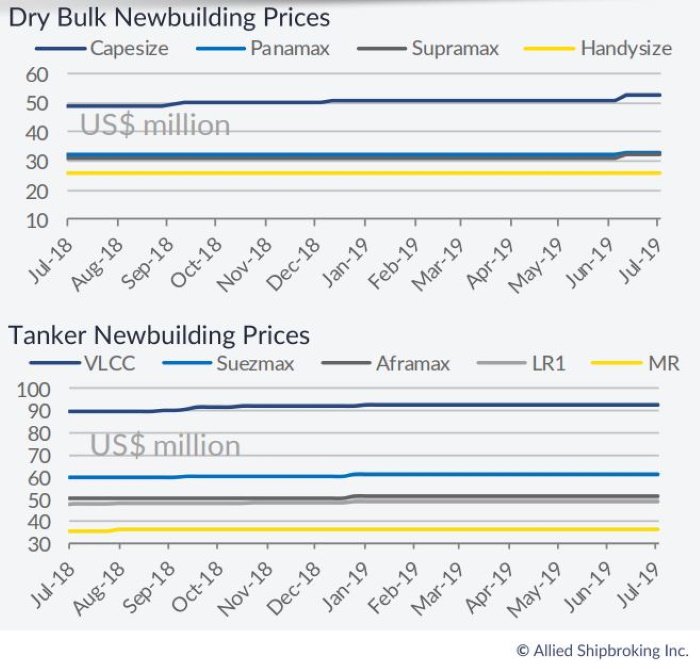 Meanwhile, in the newbuilding market, the summer lull seems to have arrived earlier this year. Allied said in its latest report that “subdued activity remained for yet another week, with summer seasonal lull playing an important role here. On the dry bulk side, we have seen approximately 17 units being ordered in the month so far. The rise in earnings and the better sentiment in the market has pushed several buyers to active right now, despite the fact that demand and supply fundamentals have not changed considerably. Even more impressive is the activity being noted in the Capesize segment, with more than 30% of this year’s orders having been placed during the month of July. On the tankers side, lack of interest was noted here too last week. The anticipation for improved demand figures has not yet shown any presence, thus leaving new ordering activity at a relatively paused state. With approximately 72 units being ordered during the year so far, activity is likely to gear up in the following months”. 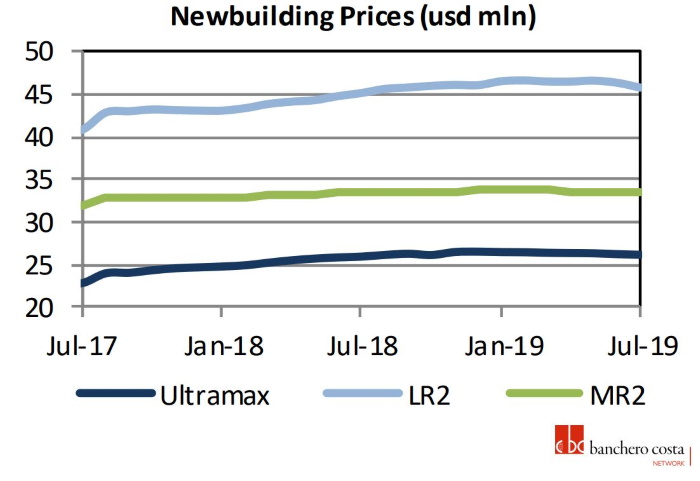 Banchero Costa added that it was a “very quiet week for newbuildings; minor local domestic business was awarded to Japanese shipyards mainly for LPG and chemical cabotage trade. Mitsui increased its commitment with Samsung for a 6th optional 50,000 dwt MR for delivery in January 2021. For dry bulk an order emerged for an ice class 1A MPP unit contracted by Scotline to specialist Royal Bodewes”. While, Clarskson Platou Hellas said that there was “just one tanker order to report this week, with AVIC Dingheng announcing a contract for a single 12,000dwt stainless chemical tanker for Yonghua Shipping (China). Delivery is due in 2021. In Europe, Royal Bodewes announced an order from Scotline Group (UK) for a single 4,800dwt Ice 1A MPP with delivery expected in 2021”.
Nikos Roussanoglou, Hellenic Shipping News Worldwide