Dry Bulkers Are Selling “Like Hot Cakes”, While Newbuilding Orders Swell as Well

Newbuilding orders and sales in the secondhand market have intensified during the past week, as ship owners are preparing ahead of an expected boom in trade flows. In its latest weekly report, shipbroker Allied Shipbroking said that “it was a very active week in the newbuilding market, with several deals coming to the surface. In the dry bulk market, we resumed witnessing an increased interest from the side of buyers, nourished by the very positive momentum in the segment and the record earnings being noted as of late along with the subsequent rise in second hand asset prices. This past week, we noticed transactions in the whole size spectrum, with most interest though being focused on Kamsarmax/Panamax segment. The market outlook remains inspiring, but the rising number of new orders undoubtedly rises some concerns regarding the future demand and supply balance. The rising mode of newbuilding prices is likely though to eventually curb some appetite sooner or later. On the tankers side, the first signs of a market recovery have improved sentiment slightly, giving a small boost to interest being noted for newbuilding deals. This past week, we saw some very interesting transactions emerge in both the crude oil and petroleum products segments. However, given that freight earnings and demand growth are still uninspiring, while newbuilding prices are still standing at relatively high levels, we do not expect any significant upsurge in activity to take shape in the coming weeks”. 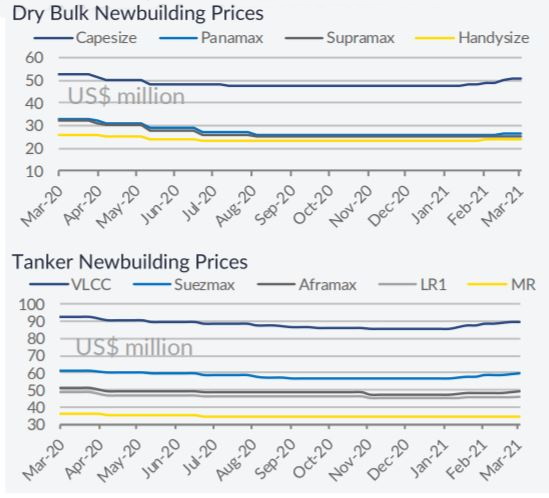 In a separate note this week, shipbroker Banchero Costa added that “mining giant Anglo American declared options for 2 x 190,000 dwt Capesize Bulkers at SWS. Vessels will be LNG fuelled and for dely 2022/2023 at the price of $60 mln per unit. On tankers, few MRs have been ordered. Clients of Thebnamaris placed NB order for 2 x 50,000 dwt MR tankers at Hyundai Vinashin (Vietnam) for dely 2nd half of 2022 at undisclosed level. 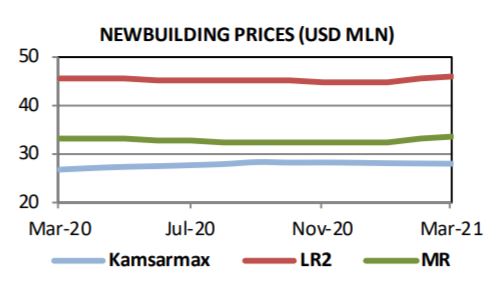 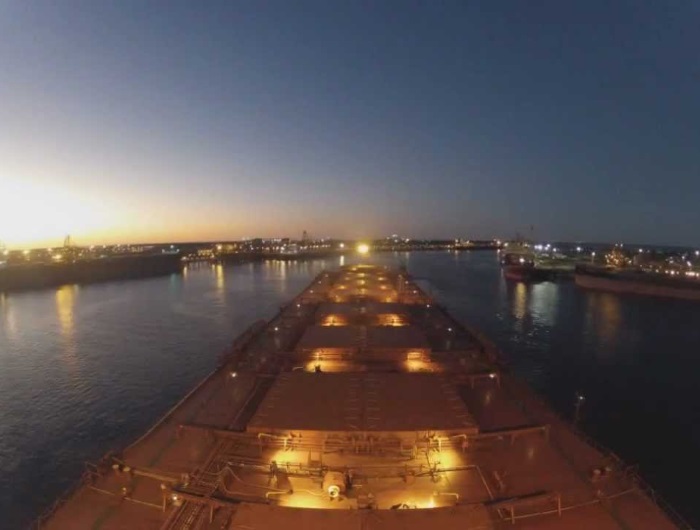 Meanwhile, in the S&P market, Allied Shipbroking said that “on the dry bulk side, it was another week with an impressive number of transactions. The favourite fundamentals in the market and the inspiring freight earnings has boosted interest significantly during the last few weeks. Focus was spread amongst the whole size spectrum this past week, depicting the overall positive momentum, which has, however, pushed asset prices higher. This may be a factor that will trim appetite to some degree, but we do not expect the slowdown to be significant for the time-being. On the tankers side, activity was not so impressive once again, but some interesting deals were noted, nourished by the first slight signs of a market recovery. We saw refreshed interest in the oil products market, while a considerable number of Aframaxes also changed hands during this past week. The fundamentals here continue to be discouraging for now, while asset prices are still far from historical lows. Thus, we don’t expect any robust SnP activity rebound yet”, Allied concluded. 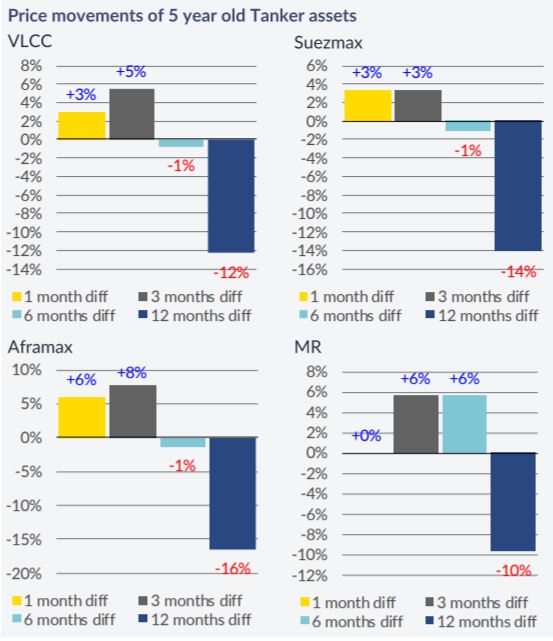 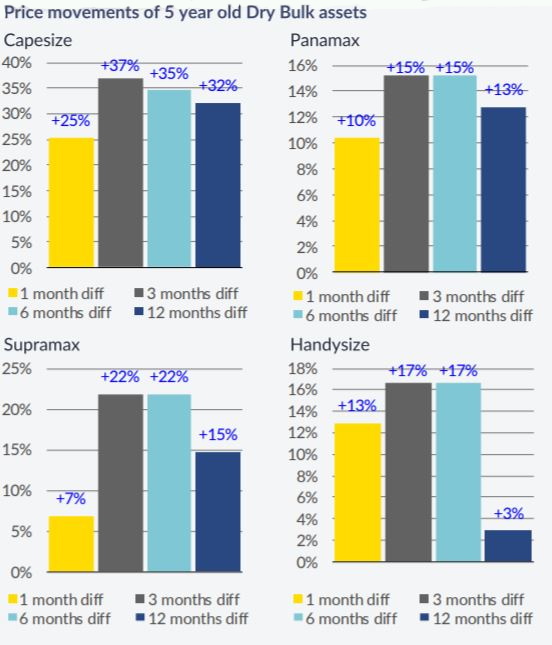 Similarly, Banchero Costa added that it was a “very lively week for 2nd hand transactions. We won’t be able to report all the deals done but we are trying here to sum up the most relevant ones across each segment, with comparisons with similar deals done in the recent weeks. Firstly, Capesize UNITED BREEZE 180k dwt built 2012 Imabari is reported sold to Synergy for $29 mln and also BULK SWITZERLAND 181k dwt built 2010 Imabari (Scrubber and BWTS fitted) for $26.25 mln. To compare in Oct 2020, the 177k dwt built Namura scrubber fitted KING ORE was sold for $19.2 mln. The Panamax BOTTIGLIERI GIORGIO AVINO about 92,500 dwt built 2011 Yangzijiang (SS due July) is reported sold between $13.5-14 mln to undisclosed buyers. In January, the sisters PIET & HARM built 2011 same yard were sold at $11 mln. In the Karmsarmax segment, the modern 2020 built Yamic (YangziMitsui JV) about 82k dwt UWS2 and UWS 3 are reported sold enbloc at the region of $27.5-28 mln. Each basis delivers Q4 2021 at completion of present charter. Another modern Jiangsu Newyangzi Kamsarmax YANGZE 16 built 2019 (BWTS fitted) was sold to Greeks for price of $26.5 mln. In Dec, 2020 Scorpio sold the 2018 built Jiangsu Newyangzi SBI LYNX for $22.5 mln (scrubber and BWTS fitted). A Chinese eco engine Kamsarmax STELLA DORA 81k dwt built 2014 Jinling (BWTS fitted) is reported sold around $22 mln; we understand 2 sisters built 2015 may be committed for in xs of $23 mln. The strongest activity though was in the Ultramax and Supramax sector. RESALE HULL SF130130 Sanfu 64k dwt delivery April 2021 Tier II – BWTS is reported sold to Vogemann, $25.2 mln. The BASIC PORTLAND 60k dwt built 2016 Sanoyas (BWTS fitted – SS due Sept 2021) is sold for $21.5 mln basis dely July-Sept at completion of present TC and before SS. In December, the RED DAISY 61k dwt built 2016 Iwagi was sold for $18.5 mln. 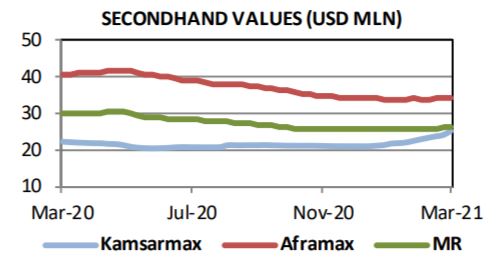