Dryships Inc. Announces Dividend For The Quarter Ended December 31, 2017 And Authorization Of An Up To $50 Million Stock Repurchase Program

DryShips Inc., a diversified owner of ocean going cargo vessels, announced that, in accordance with its previously announced dividend policy, the Company’s Board of Directors has declared a quarterly cash dividend with respect to the quarter ended December 31, 2017.

With respect to the quarter ended December 31, 2017, the Board of Directors declared a cash dividend of $2.5 million payable on or about March 8, 2018 to common shareholders of record as of February 20, 2018. The dividend per share amount to be paid by the Company, based on the Company’s 104,274,708 common shares outstanding, will be approximately 2.4 cents per share. 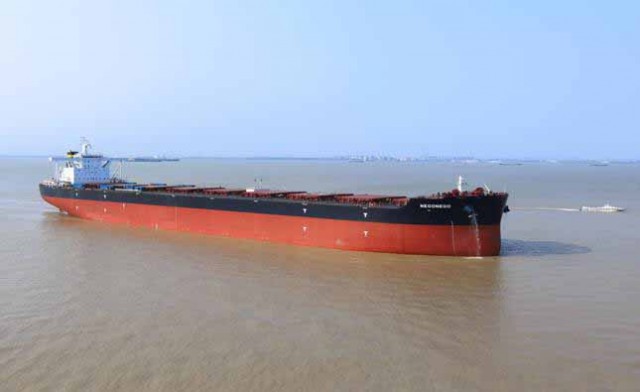 The Company also announced today that its Board of Directors has authorized a stock repurchase program, under which the Company may repurchase up to $50 million of its outstanding common shares for a period of 12 months. DryShips may repurchase shares in privately negotiated or open-market purchases in accordance with applicable securities laws and regulations, including Rule 10b-18 of the Securities Exchange Act of 1934, as amended. The specific timing and amount of repurchases, if any, will be at the discretion of the Company’s management and will depend upon a variety of factors, including market conditions, regulatory requirements and other corporate considerations. The Company is not obligated under the program to purchase any shares. Due to applicable securities laws, the Company’s repurchase of shares will not begin until after the release of the Company’s financial statements for the fourth quarter ending December 31, 2017, which is expected to be within February. The repurchase program may be suspended or discontinued at any time. The Company expects to finance the stock purchases with existing cash balances.
Source: DryShips Inc.