• For the first quarter of 2019, the Company reported net income of $1.5 million, or 1.67 cents basic and diluted earnings per share.

Included in the first quarter of 2019 results are:

Excluding the above, the Company’s net results would have amounted to a net income of $2.2 million, or 2.45 cents per share. 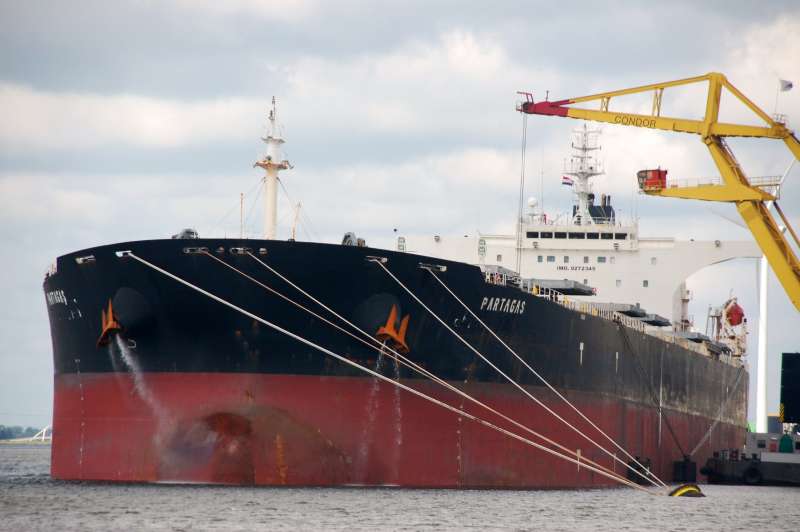 • The Company reported Adjusted EBITDA of $13.1 million for the first quarter of 2019.(1)
Other Developments

• Common Stock Repurchase Program
As of May 15, 2019, the Company has not repurchased any additional shares of its common stock since its last update. Under the previously announced new stock repurchase program, the Company may repurchase up to $12.8 million of its outstanding common shares by October 29, 2019.

• Future Proofing of the Company’s Fleet
During 2019, the Company has scheduled and started implementing an overall “future proofing plan” for its fleet by performing dry-dockings, installation of scrubbers and installation of ballast water systems. As a result, the Company expects during the period from 2019 to 2020 to incur approximately between 1,100-1,300 off-hire days for a total estimated cost of approximately $80.0 million-$100.0 million.

• 2019 Annual General Meeting of Shareholders
On May 15, 2019, the Company’s Board of Directors resolved that the Company’s 2019 Annual General Meeting of Shareholders (the “Annual Meeting”) be held at the offices of DryShips Management Services Inc. located at 109 Kifisias Avenue & Sina Street, GR 151 24, Marousi, Athens, Greece on Monday, July 22, 2019 at 4:00 p.m., local time. The Company’s Board of Directors fixed the close of business on Monday, June 10, 2019, as the record date for the determination of the shareholders entitled to receive notice and to vote at the Annual Meeting or any adjournments or postponements thereof. Formal notice of the Annual Meeting and the Company’s proxy statement are expected to be sent to shareholders on or before Monday, July 1, 2019.

* The vessel is time chartered by TMS Dry Ltd., an entity that may be deemed to be beneficially owned by our Company’s Chairman and CEO.

** The vessel is time chartered by Cecilia Shipholdings Limited, an entity that may be deemed to be beneficially owned by our Company’s Chairman and CEO.

(2) Total voyage days for vessels are the total days the vessels were in the Company’s possession for the relevant period net of off-hire days associated with drydockings or special or intermediate surveys and laid-up days.

(3) Total calendar days are the total number of days the vessels were in the Company’s possession for the relevant period including off-hire days associated with drydockings or special or intermediate surveys and laid-up days.

(4) Fleet utilization is the percentage of time that the Company’s vessels were available for revenue generating voyage days, and is determined by dividing voyage days by fleet calendar days for the relevant period.

(5) Time charter equivalent, or TCE, is a measure of the average daily revenue performance of a vessel on a per voyage basis. The Company’s method of calculating TCE is consistent with industry standards and is determined by dividing voyage revenues (net of voyage expenses) by voyage days for the relevant time period. Voyage expenses primarily consist of port, canal and fuel costs that are unique to a particular voyage and are paid by the charterer under a time charter contract, as well as commissions. TCE revenues, a non-U.S. GAAP measure, provides additional meaningful information in conjunction with revenues from the Company’s vessels, the most directly comparable U.S. GAAP measure, because it assists the Company’s management in making decisions regarding the deployment and use of its vessels and in evaluating their financial performance. TCE is also a standard shipping industry performance measure used primarily to compare period-to-period changes in a shipping company’s performance despite changes in the mix of charter types (i.e., spot charters, time charters and bareboat charters) under which the vessels may be employed between the periods. Please see below for a reconciliation of TCE rates to voyage revenues.