On Thursday, March 25, Daniel Deschodt, Interim Chairman of the Executive Board of Dunkerque-Port, officially handed over the keys of the new Single Border Checkpoint (PCUF) to Xavier-Yves Valère, General Delegate for Development of the Northern Corridor with the Interport and Logistics Council for the Northern Corridor. The ceremony took place in the presence of Hervé Tourmente, sub-prefect of the district of Dunkerque and Luc Fleureau, Head of the Dunkerque Animal and Plant Health Border Inspection service (SIVEP) and representing the Regional Directorate for Food, Agriculture and Forestry (DRAAF).

The PCUF project follows the Prime Minister’s announcement on 16 September 2019 to have a building in Dunkerque combining all the services responsible for the formalities and controls of goods, the aim being to simplify the legibility of the controls and improve the logistics competitiveness of the port of Dunkerque.

The single site will mean the Port of Dunkerque has:
• The same administrative standards in terms of competitiveness as the neighbouring ports in Belgium and the Netherlands;
• Premises re-sized to cope with the increase in formalities caused by Brexit.

The development scheme is located within precincts of Dunkerque-Port. It will house two Customs services in the same complex: the Main Office (BP) and the Customs Border Control Unit (BSE) as well as the Animal and Plant Health Border Inspection service (SIVEP) on the site of the existing SIVEP building in West port of Dunkerque. 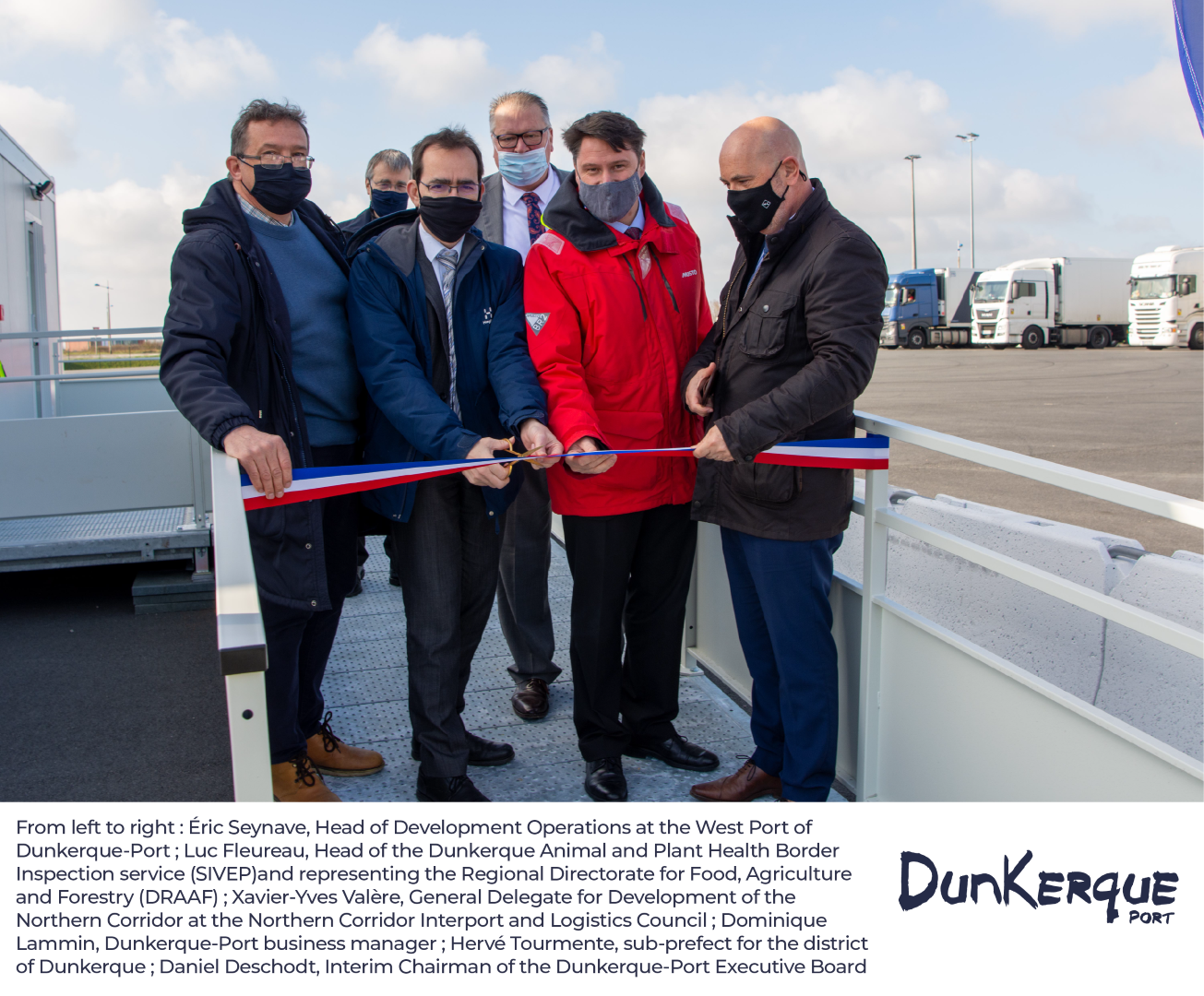 The real estate project, headed by the General Delegation for Development of the Northern Corridor, is funded by the State to the tune of € 12.6 million as part of the stimulus package. It will be used to renovate and extend the current building by 2023.

Without waiting for that date, a temporary solution in the form of the installation of 411 sq. m of modular units on the site was chosen to bridge the gap until the handover of the renovated building and its extension.

In so doing, the same site can immediately house the DRAAF officers who have arrived as reinforcements since 1 January 2021 to smoothly carry out health and plant health formalities with the United Kingdom as close as possible to the freight terminals.
Source: Port of Dunkirk