Home / Shipping News / Interviews / Ton mile demand on the rise in the tanker market, while slow steaming is the new norm

Ton mile demand on the rise in the tanker market, while slow steaming is the new norm

With VLCCs and Suezmaxes emerging as the most sought after tanker classes from ship owners this year, the focus has shifted away from product tankers, which were the “stars” of the first half of last year. According to Mr. Patrick Tye, Head of Research of Gibson Shipbrokers, nearly 300 product tanker orders were placed last year, versus just 62 crude tankers, but in the first fewmonths of 2014, owners have ordered 20 VLCC’s, versus just 29 product tankers, a complete reversal over last year.

In an interview with Hellenic Shipping News Worldwide (www.hellenicshippingnews.com) Mr. Tye, highlights, among others, the ever changing landscape of the tanker market, in terms of ton mile demand and the emergence of new trades, while he also points out the advantages of “Eco” tankers, which were the main choice among newbuilding orders last year.

In terms of newbuilding ordering activity in the tanker segment – both crude and products – how would you evaluate 2013 and the start of 2014 so far?

Tanker ordering in the first half of 2013 was very much centred on product carrier activity with Scorpio Tankers stealing the limelight in terms of new investment. Nearly 300 product carrier orders were placed during the year in comparison to 62 crude carriers. The final two months of the year resulted in 26 VLCC orders being placed which coincided with the spike in the crude market. This year (so far) we have seen more crude ordering activity including 20 confirmed VLCC’s. At the same time we have seen just 29 product carriers ordered (25,000 dwt+), a complete reversal to last year.

The popularity of “Eco Vessels” and the rise of LNG bunkering seem to be the main trends of the market. Do you believe that “early adopters” will be at a disadvantage, versus those who invest late in the market, given the rapid evolution of new fuel-saving technologies?

Every fresh order is for an “eco vessel’’ and with newbuilding prices reaching rock bottom over the first six months of last year, it was hardly surprising to see so many orders placed. The bonus for owners was that they were not only ordering a cheaper ship compared to the height of the market in 2008, it was also a more efficient ship in terms of consumption. The newbuilding price of an MR at the height of the market in August 2008 was $52M. At the beginning of 2013 you could get an ‘eco’ tanker for $33M and today $38.5M, so perhaps the “early adopters” have stolen the advantage.

Gibsons has been following the LNG bunkering developments quite closely. The US appears to be leading the way with their shipyards taking orders for ‘Jones Act’ tonnage to be propelled by dual-fuel systems and of course access to cheap domestic shale gas. European development with LNG bunkering is still very much centred on trade within the ECA’s and still requires considerable work to come up with some uniform regulations. But the real breakthrough in LNG Bunkering will be when the ocean going fleet will be able to use LNG on the long-haul trades. The real difficulty remains being able to carry sufficient fuel at the correct ambient temperature and in a safe environment on longer voyages. LNG technology is moving at a very fast pace and the “early adopters” will be the disadvantaged although they are likely to gain governmental support (particularly in the US) as well as technical backing from the class societies.

Is the premium commanded by fuel efficient vessels, in terms of investment, justified and more importantly recouperable by the owner in terms of higher rates and lower fuel consumption, aka lower operating costs?

The recent investment in fuel efficient vessels is based on this exact premise. Owners will replace older tonnage with more efficient tankers as in the long term, charterers will consider taking fuel efficient units. Some owners believe that the tanker market will recover for two to three years before facing another downturn and that those players that have made the ‘eco’ investment will be better placed to survive. 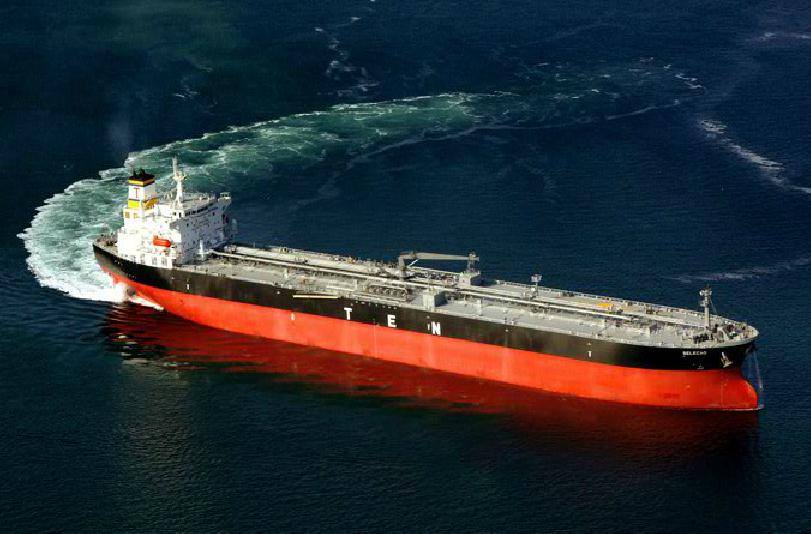 Do you think that the oversupply issues plaguing the crude tanker market could soon be the case in the product trades as well?

It would be nice to think that history will not repeat itself in terms of oversupply. I don’t think we have yet reached the position where we should be talking about oversupply in the product trades. The real danger is that we may see tonnage delivered too early as a result of delayed refinery projects. The new money from investment banking and hedge funds may be able to manage the cash supply better than some of the speculative investment up to the Lehman crash in the autumn of 2008. Newbuilding prices are starting to rise more quickly and this may deter large block ordering. Consolidation in the tanker industry may also put some kind of brake on supply.

What about demolition activity? Is there room for further increases in the number of tankers sold for scrap, given that already we’ve seen tonnage less than 20 years old being sent to scrapyards?

We remain fairly optimistic for this sector of the market. Charterers preference for younger tonnage and increasingly, more fuel efficient tonnage, continually pushes the older units to the back of the que. At certain times the second-hand value for 15 year old tankers has hovered at just above the scrap price and lightweight prices continue to attract ‘teen’ tonnage. Twenty-one VLCC’s were sold for demolition last year with an average age below 19 years, this trend will continue. Our forecast is for even higher numbers in most of the tanker sectors this year. Also, there are a few single-hull MR’s still employed in isolated locations which will eventually be replaced by the older double-hull units in places like West Africa.

In terms of the second hand purchasing market, are there many investment opportunities? Which ship types do ship owners prefer currently?

Investment interest appears to have swung back toward the crude carriers, particularly VLCC’s and perhaps surprisingly, Suezmaxes. Older Aframax tonnage also appears to be attracting a great deal of enquiry, partly because of the lack of investment in newbuilds, but also the shift of the coated units switching into the LR2 trades has resulted in this fleet shrinking. Investment opportunities, in terms of asset values, often attract more attention when markets are low as this is often seen as low risk entry. Product tankers had a very strong year with assets jumping to new levels, but now owners seem to have reached a crossroads with worries of oversupply and several owners are looking to sell before taking delivery.

Since late 2010 and up until today, it’s safe to say that crude trades and routes have been constantly reshaping and shifting, as a result of various developments around the world? How has this affected freight rates?

Changes in established crude trades have brought some benefits to the market in terms of freight rates. The loss of the WAF-USG (TD5) market has pushed more West African barrels east, increasing tonne miles. However this has benefited the VLCC market at the expense of the Suezmaxes. The crude market is very much driven by the thirst in the east, with European crude demand remaining flat and the increasing self-sufficiency of the US market driving down rates in the Atlantic Basin. Politics also plays a very important role in this business and the situation in Libya just heightens the volatility of rates in the region. Iran is slowly back in the market and has been given licence to rebuild its production and export position legitimately. Iraq production is also steadily climbing. All of these factors influence the crude trades and impact on freight rates.

Which are the latest prevailing trends affecting tanker routes and ton-mile demand as a result?

Once the new Middle Eastern refineries commence full production, the tanker market will lose a great deal of Saudi crude production which will go directly into the new facilities. The loss of Saudi export barrels will have to be replaced by more Atlantic Basin crude sources, West Africa, Venezuela and at some point Brazil – more long haul crude. The failure of the refinery industry in the traditional locations and the surge in new refineries in the Middle and Far East will create new trading routes for the products market. Also, the US has shifted to a major exporter of clean petroleum products, with less import trade coming from Europe. The front haul trade from UKC-USG (TC2) is increasingly becoming the backhaul trade as US product exports gain momentum in the Atlantic Basin.

Pipelines have often been the enemy of the tanker market, but many new proposals currently under construction or consideration could bring new opportunities and importantly increased tonne miles as several emerging nations are keen to develop their interior. Canada, for example, is keen to benefit from its recent oil bonanza, but has no major export facility and wants to push ahead with the Enbridge pipeline to the West coast. If the project is given approval, crude oil could be exported to Far East markets, albeit over shorter distances, but providing more opportunities for tankers

Has slow steaming been the main trend for tanker owners? How does it help them offset rising bunker costs?

Slow steaming has become the norm and is now accepted as industry standard. This area is where charter party negotiations play a key role in determining the performance of the voyage and an acceptable voyage speed – somewhere around 12-13 knots for the laden leg. Significant savings can be made on the ballast let (e.g. 9-10 knots) which is where you can offset your bunker costs. However, when the market heats up, all the best intentions go out the window and the speed adjusts to meet the market. Bunker prices are a key element of today’s cost to owners and increasing demand for low sulphur fuels will continue to add to that burden, so slow steaming is here to stay at least for the foreseeable future.