Ecochlor, one of the leading companies in the area of Ballast Water Treatment Systems is looking to capitalize on the success and appeal of its existing product offerings, by developing and venturing into new parts of the market, especially in the field of lower ships’ emissions and fuel consumption in cost-effective ways. Hellenic Shipping News Worldwide (www.hellenicshippingnews.com), discussed the company’s plans with Mr. Andrew Marshall CEO of Ecochlor, in a sitting, during the recent Posidonia Exhibition.

Ecochlor is among the leading companies in the field of Ballast Water Treatment Systems. Can you inform us of your most successful product offerings and the reasons behind their market appeal?

Well, we started in Ballast Water Treatment in 2001, so we’re at this a long long time. The first product offering actually predates me, so I can’t take any credit for it. It was a system based on filtration and a chlorine dioxide injection. One of the reasons this product was very successful and we sold hundreds of them is because of its simplicity. There’s hardly any power consumption, even on a VLCC and it’s very simple to operate. Because of this, it is also very reliable. The more complicated you make something, especially in a marine environment, the greater the opportunity for unreliability. Moving forward in time and into today, we still have that original product, but we also have two new products that we type approved last year, EcoOne and EcoOne Hybrid. EcoOne is the fully filter-less version of the original technology. So, it’s the same technology, but without the filter and with a very small increase in the chlorine dioxide dose (but still well below 5 mg/l, which is good for tank coatings, pipelines, good for safety etc.). As a result, it’s even simpler to operate. Meanwhile, EcoOne Hybrid is a system that does have some filtration in it, but the ship operator, the customer, decides whether to operate with or without the filter. Those two products now account for about 96% of our sales. I think that the reason that these new systems are so popular is that they preserve the original simplicity, but now they ‘re even simpler, they preserve the original low power consumption, but now they use even less, while also maintaining high levels of crew and operational safety. 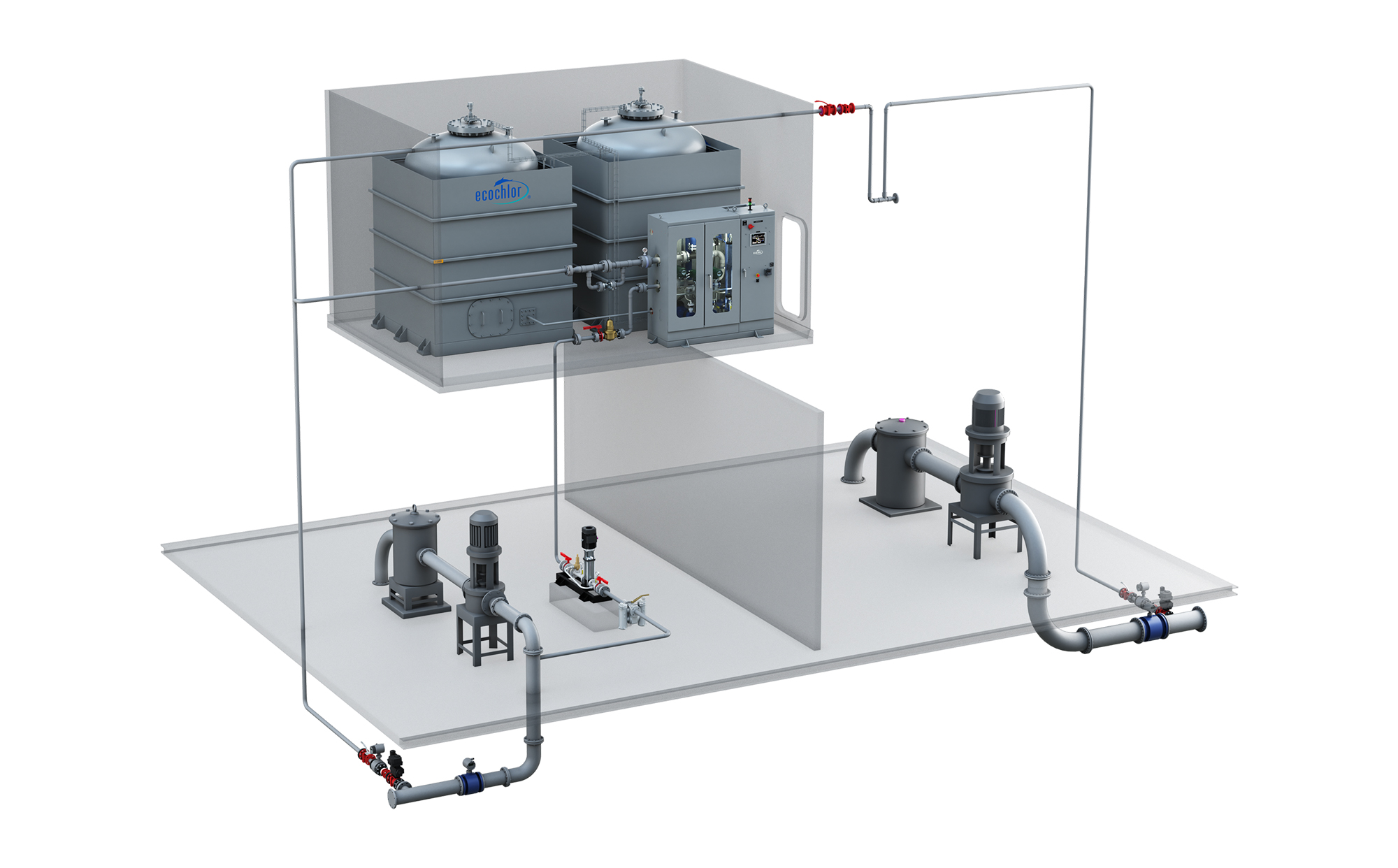 Do you see many owners migrating to Ecochlor’s systems from other solutions?

Yes, especially with EcoOne, over the last six months, we’ve doubled the number of customers that we have on our books. We were doing a lot of business already with many owners, but now we’ve added a lot more. I think there’s been some replacements of older systems, from manufacturers who are no longer in the market. Those systems are no longer supported, there’s no way of keeping them certified, so they have to be replaced. We’ve also seen ships changing hands, where sometimes, if a shipowner acquires a ship with a different technology on board, it helps them understand the technology better. We actually have a situation in Korea now, where a major Korean owner, who we’ve been knocking on his door for sometime now unsuccessfully, bought some ships with our technology onboard and within six months, they’ve placed orders with us for new systems for other ships. 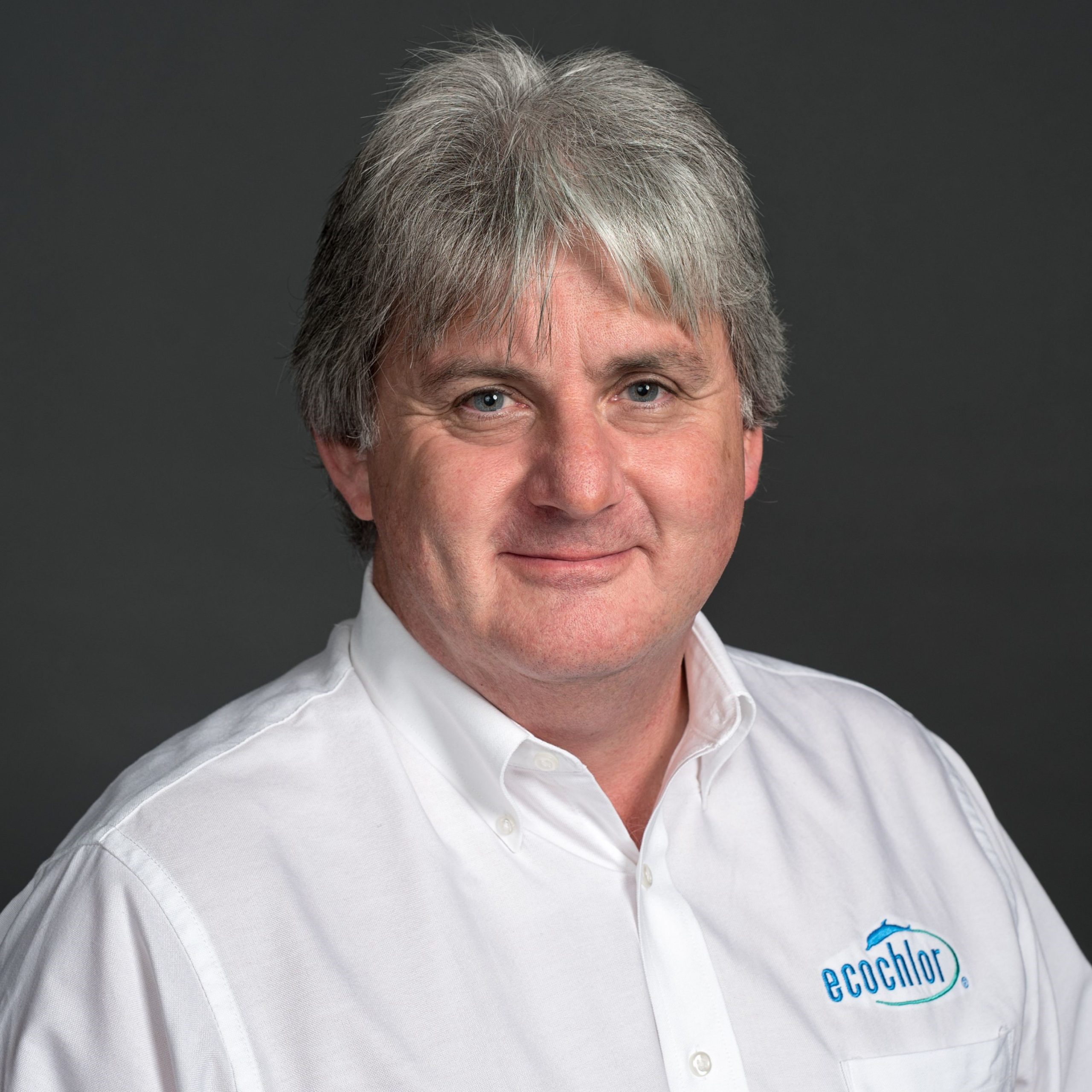 What’s your penetration in the Greek shipping market? Is it a challenging one?

Quite the opposite. We love the Greek market, we have some fantastic customers here and we’re proud to support them.

Which are the next steps for the company? Are you planning BWTS upgrades/new models, or perhaps are you looking to enter new parts of the market in the future?

All of that! Obviously, we have hundreds of the original systems out there and brilliantly, every single one of those systems is upgradeble to the EcoOne or Hybrid for not that much more money. This is a significant advantage compared to other systems in the market which can’t be upgraded to comply with newer specifications. When we looked at developing EcoOne and Hybrid, part of the design brief was that they had to be compatible with an upgrade to all the existing systems out there in the field. That was a conscious decision from our part.
So, yes, we’re doing a lot of upgrades, but we’re also expanding our chemical capabilities globally, because we are also responsible of supplying the chemicals for our own systems. As we pick up more customers from more places around the globe, we need to be able to take care of them in more places. This is also a benefit of our systems, the fact that we have to see them every six months, because we do the chemical resupply for them. As such, we’re monitoring them closely to ensure proper use are taking place.

In terms of other activities, the company is diversifying. What we are seeing in the market right now, is a growing number of environmental pressures being exerted on ship owners right now, whether it’s scrubbing, whether it’s biofouling, or CO2 emissions. We believe that we’re in a position to help in that journey. We’re very good with technology, even making systems that were originally designed for something else, fit for purpose on a ship. So, over the next 18-24 months, we will be bringing forward new technologies, to address some of the new pressures on shipowners. The good news is that, as opposed to the BWTS systems which were a regulatory necessity, we’re actually going to make them money this time. 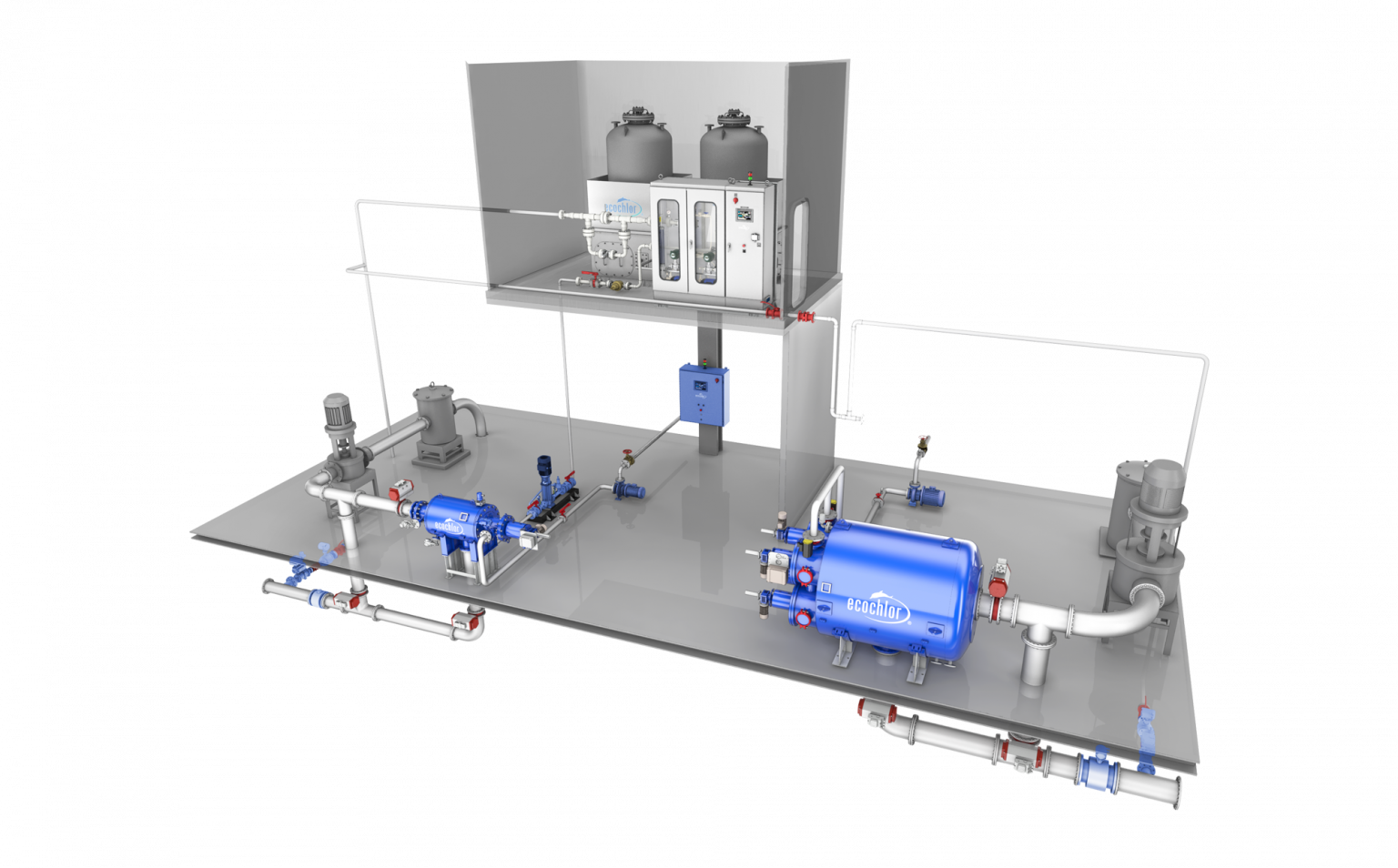 What type of products will you be looking to introduce to the market towards this direction?

Well, one of the things that we’re looking is a new hull lubrication system. The principle of hull lubrication is well established, I thing everyone understands it. It’s the execution that has, in some cases, been lacking. So, we have a new technology which is in testing at the moment and we’re hoping to bring forward early next year, which actually address the application issue, i.e. the massive power requirements, by significantly reducing them. If you can reduce a shipowners’ fuel consumption by 5% to 10%, I think he’d thank you wouldn’t he?
Nikos Roussanoglou, Hellenic Shipping News Worldwide