ECOsubsea: We need a rebellion against bio-fouling extinction

Tor Østervold, CEO of ECOsubsea, believes we’ve had our sights set on the wrong target when it comes to tackling the threats posed to marine biodiversity. Invasive organisms are now accepted as the main drivers of species extinction, but the shipping industry must look beyond ballast water…

It’s time to wake up.

The world is dying. And we are responsible – especially, I’m afraid to say, in shipping.

It’s not the emissions vessels release, the rubbish thrown overboard, or even the plastics we transport around the world that, somehow, seem to find their way back into our oceans. It’s the organic matter we unintentionally carry.

Invasive species are the main driver of extinction. Ferried from one place to another, they outcompete native flora and fauna and take over their new habitats – a never-ending alien invasion spreading from within our own planet.

Don’t believe me? According to a recent international study by researchers in the UK, France and Canada, invasive species have been responsible for a third of all animal extinctions over the last 500 years.

And, you don’t need me to tell you this, extinctions are happening at a more rapid rate now (in our globalized economic age) than ever before, with the UN stating that around one million plant and animal species are currently at risk of disappearing.

Why is that so important? Well, without sufficient biodiversity, without key links in the food chain, the delicate balance of our natural world collapses in on itself, leading to an extinction we must all contemplate – our own.

Depressed? You should be.

But it’s not hopeless… not yet.

The health of the oceans is paramount to the broader well-being of our planet. With growing global environmental awareness there’s a welcome focus on the more visible issues facing our seas – notably plastics. However, it’s the daily assault on biodiversity that needs to find its place at the front of our collective mind. Invasive species are certainly on the agenda, but it’s untreated ballast water that has seemingly been deemed as public enemy number one. This, it has to said, is wrong.

Ballast water tanks are culpable when it comes to stowaway species – with untreated sea water from one location being deposited in another, complete with alien organisms – and that has finally, laudably, been addressed with the IMO Ballast Water Management Convention, USCG regulations and local requirements.

However, in a recent study in New Zealand ballast water was found to be responsible for just 3% of marine invasive species. That’s 3%. 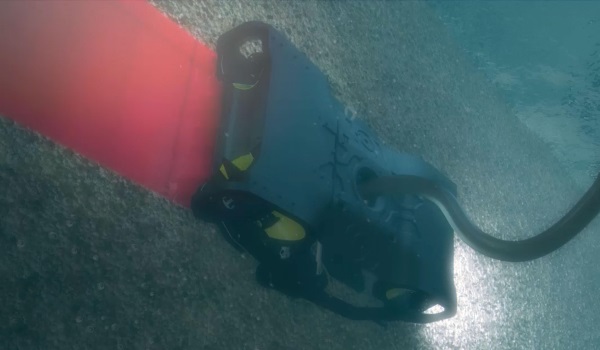 But what about bio-fouling?

Well, bio-fouling – which occurs when organisms cling to the hulls of vessels and get free rides worldwide – accounted for a massive 69% of invasive species in the same study. So, over two thirds of the plants and animals that are attacking our natural marine order, undermining the very health of our planet, use our ships as their assault craft.

But where’s the recognition of this? Where’s the sense of urgency? Well, it’s growing, but not fast enough.

If we look to New Zealand again, the bulk carrier DL Marigold became the first vessel to be expelled from national waters for having a ‘dirty hull’ (in this case densely fouled with barnacles and tube worms) in 2017. The following year all vessels entering New Zealand became mandated to ensure clean hulls. Australia and the US now have their own approaches to biofouling management.

But there needs to be greater focus, and greater responsibility – on an individual basis, as well as through regulatory frameworks.

In theory this should be an ‘easy sell’ for shipowners, because unlike ballast water treatment systems – where there’s cost involved but no direct ROI – keeping clean hulls is as smart for businesses as it is for the planet.

The array of organisms that will happily clamp onto a ship’s hull create friction points on an otherwise smooth surface. This leads to a loss of speed and a need for propulsion systems to work harder to maintain desired velocity. Which is bad, for everyone. For the shipowner it means less energy efficiency and greater fuel costs, while increased emissions damage both the environment and a company’s environmental performance profile.

On the flip side, studies have shown that if the world could maintain optimally clean hulls it could help reduce fuel costs and emissions by as much as up to 15-20%. A hugely compelling figure in an era of both reduced margins and greater natural awareness.

But there’s another small issue. Traditional cleaning methods that centre around diving teams scrubbing vessel surfaces (often damaging expensive paint coatings) are a major cause of species invasion, as the dislodged plants and animals simply fall off into the water and begin looking for a new home. As a result, many ports have banned – or are in the process of looking into banning – established hull cleaning practices altogether. 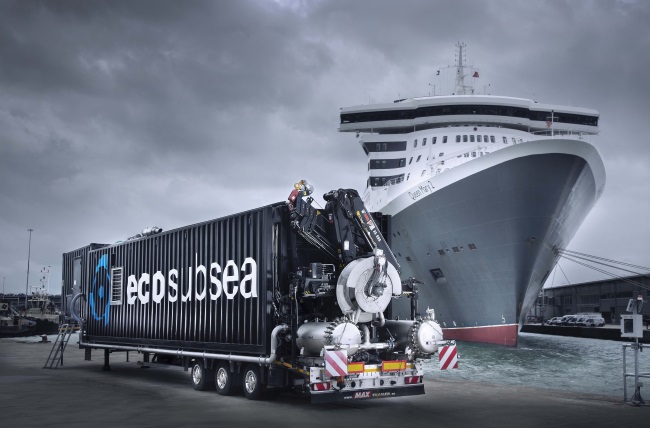 EcoSubsea – huge opportunities on the horizon

So, it’s Catch 22. The vessels become too dirty to get into port and too dirty to be cleaned. What is a shipowner meant to do?

Robotic cleaning. Using my own company, ECOsubsea, as an example, we have developed a unique remotely operated underwater vehicle, with more than 50 international patents, that clings to ships and works over the entire hull area. Using highly pressurised water ‘soft jets’ it carefully and effectively removes all biofouling, before sucking it through an umbilical cord for on-shore collection, filtration and recycling (as an ingredient for biogas). With the ability to cover 3000m2 in an hour, the entire process takes an average of 8.5 hours, with our ‘COLLECTOR’ unit amassing over 97.5% of everything that is removed from the hull.

The result is clean hulls, greater energy efficiency, regulatory compliance, lower OPEX, reduced emissions, and – crucially – no more invasive species: none on the hull and none on the seabed, but plenty on the way to make green, renewable energy.

But this isn’t an advert, this is a call to action.

The maritime community has a key role to play for the natural world; stopping the spread of invasive species in its tracks and safeguarding the absolutely fundamentally important biodiversity of our fragile marine ecosystems. These alien invaders, in the form of vessel biofouling, are the real public enemy number one when it comes to species extinction within the ocean.

It’s up to us to clean up our act and fight them.

It’s time to wake up. While we still have the opportunity to do so.
Source: ECOsubsea

2019-11-28
hellenicshippingnews.
Previous: Asia-Pacific: The Next Frontier for the Offshore Wind Industry
Next: MABUX: Bunker market this morning, Nov.28