EMASOH: One Year Of Reassurance, De-Escalation And Dialogue

The European-led Maritime Awareness mission in the Strait of Hormuz, EMASOH, has been operative for one year on the 25th of February 2021.

‘EMASOH and Operation AGENOR have been active for one year now, and, throughout this period, the situation in the Strait of Hormuz has been relatively stable. Beyond any doubt, EMASOH has a positive impact,’ says commodore Carsten Fjord-Larsen, Force Commander of EMASOHs military track, Operation AGENOR.

EMASOH aims to ensure a safe navigation environment, to contribute to de-escalation and to facilitate an inclusive, regional dialogue in the Persian Gulf and the Strait of Hormuz. The mission consists of both a military and a diplomatic track.

Since EMASOH went operational one year ago, seven frigates and a French Atlantic 2 surveillance aircraft have been part of the operation. In total, these assets have conducted more than 100 flights, spent 400 days at sea, reassured more than 20 merchant ships and have crossed the Strait of Hormuz close to a hundred times. Maritime surface and air assets have been provided by the navies of Denmark, France, Greece and The Netherlands. 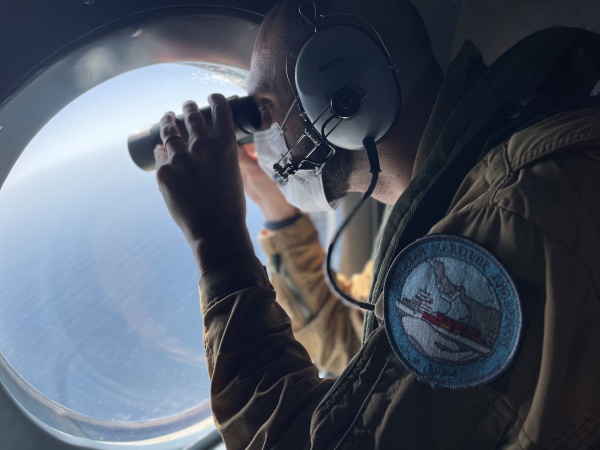 The Head Quarters at the French naval base in Abu Dhabi is staffed by a European team including officers from Belgium, Denmark, France, Greece and the Netherlands. They monitor the shipping lanes in the Gulf region, Strait of Hormuz and the Gulf of Oman. The presence in the area aims to reassure merchant shipping and promote a safe transit and freedom of navigation in and out of the Strait of Hormuz.

‘We are supporting diplomatic efforts and operate with a ‘light footprint’, so to say. We are not here to establish sea control in the traditional sense but to provide a de-escalatory presence. The staff and I put great effort into naval diplomacy and measured naval presence to reduce the risk of misperceptions and misunderstandings. We place great effort in ensuring that our posture is de-escalatory. In this complex region, this is a very high priority,’ says Commodore Carsten Fjord-Larsen.
Commenting on the diplomatic track, the EMASOH Senior Civilian Representative, Danish Ambassador Julie Elisabeth Pruzan-Jørgensen, states that ‘the diplomatic track aims at identifying ways to de-escalate tensions and to promote confidence-building in the maritime domain based on dialogue on maritime security with all the coastal states. This inclusive, de-escalatory approach is perhaps more timely now than ever in light of current regional dynamics’.

EMASOH was launched on the 20th of January 2020 by a joint European declaration of support. Belgium, Denmark, France, Germany, Greece, Italy, the Netherlands and Portugal are part of EMASOH, which was declared fully operational on the 25th of February 2020.
Source: EMASOH