EMASoH: Two Years Of De-Escalation In The Strait Of Hormuz

The European-led Maritime Awareness mission in the Strait of Hormuz, EMASoH, has been in operation for two years by 25 February 2022.

EMASoH has been active for two years now and since the inception, the mission has contributed to ensuring the freedom of navigation in the Strait of Hormuz based on principles of neutrality, dialogue and de-escalation.

In full accordance with international law, including the United Nations Convention on the Law of the Sea (UNCLOS), the mission provides enhanced maritime situation awareness and surveillance through the deployment of additional maritime surveillance assets in the Gulf and Arabian Sea. Moreover, EMASoH’s diplomatic track aims at identifying ways to contribute to de-escalation of tensions in the region. We are grateful to the UAE for offering to host the mission HQ on their territory.

Since the military track of EMASoH, Agénor, went operational two years ago, thirteen frigates and twelve different Maritime Patrol Reconnaissance Aircraft (MPRA) deployments have been part of the operation. In total, these assets have conducted more than 1000 hours of flights, spent 750 days at sea, reassured more than 50 merchant ships and have crossed the Strait of Hormuz over than a hundred and seventy times. Maritime surface and air assets have been provided by the navies of Belgium, Denmark, France, Greece, Italy and The Netherlands. Further, Norway contributes with two staff officers to the HQ. From March 2022, Belgium will assume the military command of Agénor. 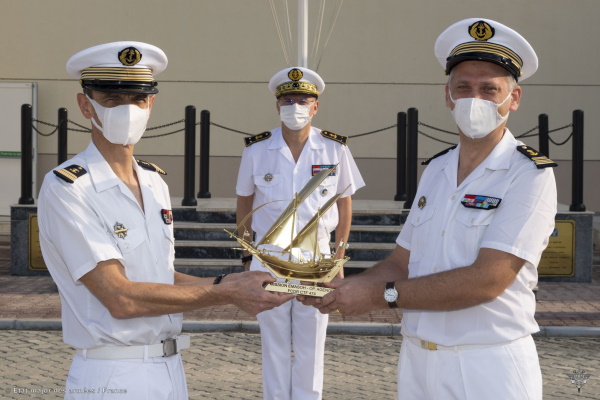 The security situation in the Gulf and the Strait of Hormuz remains volatile. In spite of the enhanced cooperation within the Gulf Cooperation Council, underlying regional tensions persist and the potential for new incidents and the risk of escalation remain. Taking into account the current situation of instability in a region critical to global trade and stability, we continue to support the de-escalatory approach when it comes to dealing with regional security issues. Acknowledging the enduring preventive effect of EMASoH presence, we will now seek to improve its efficiency by developing synergies with the different European initiatives in the North Western Indian Ocean.

EMASoH was launched by Belgium, Denmark, France, Germany, Greece, Italy, the Netherlands and Portugal on 20 January 2020 by a joint European declaration of support, and was declared operational on 25 February 2020.
Source: EMASoH