Energy commodity prices rose more than other goods in 2019

The energy portion of the S&P Goldman Sachs Commodity Index (GSCI) ended 2019 22% higher than it began the year. Price indexes for other commodity types also increased in 2019, but not as much as the energy commodity index.

Composed of 24 individual commodity contracts organized into five sub-indexes, the values of the GSCI and its sub-indexes are calculated as weighted averages. The weight assigned to each commodity reflects its significance to the world economy in a given year as measured by its production volume and liquidity.

Prices for West Texas Intermediate (WTI) crude oil and Brent crude oil ended the year 31% and 20% higher, respectively, than on January 2, 2019. WTI’s increase of 31% was the largest increase of all GSCI commodities in 2019.

Other energy commodities such as RBOB (reformulated blendstock for oxygenate blending—essentially the petroleum component of motor gasoline), heating oil, and gasoil rose by 28%, 19%, and 19%, respectively, in 2019. Natural gas was the only GSCI energy commodity to decrease in 2019: prompt-month natural gas futures sold on the New York Mercantile Exchange fell 26% from $2.96 per million British thermal units (MMBtu) on January 2 to $2.19/MMBtu on December 31—the largest percentage decline of all commodities in the GSCI in 2019. 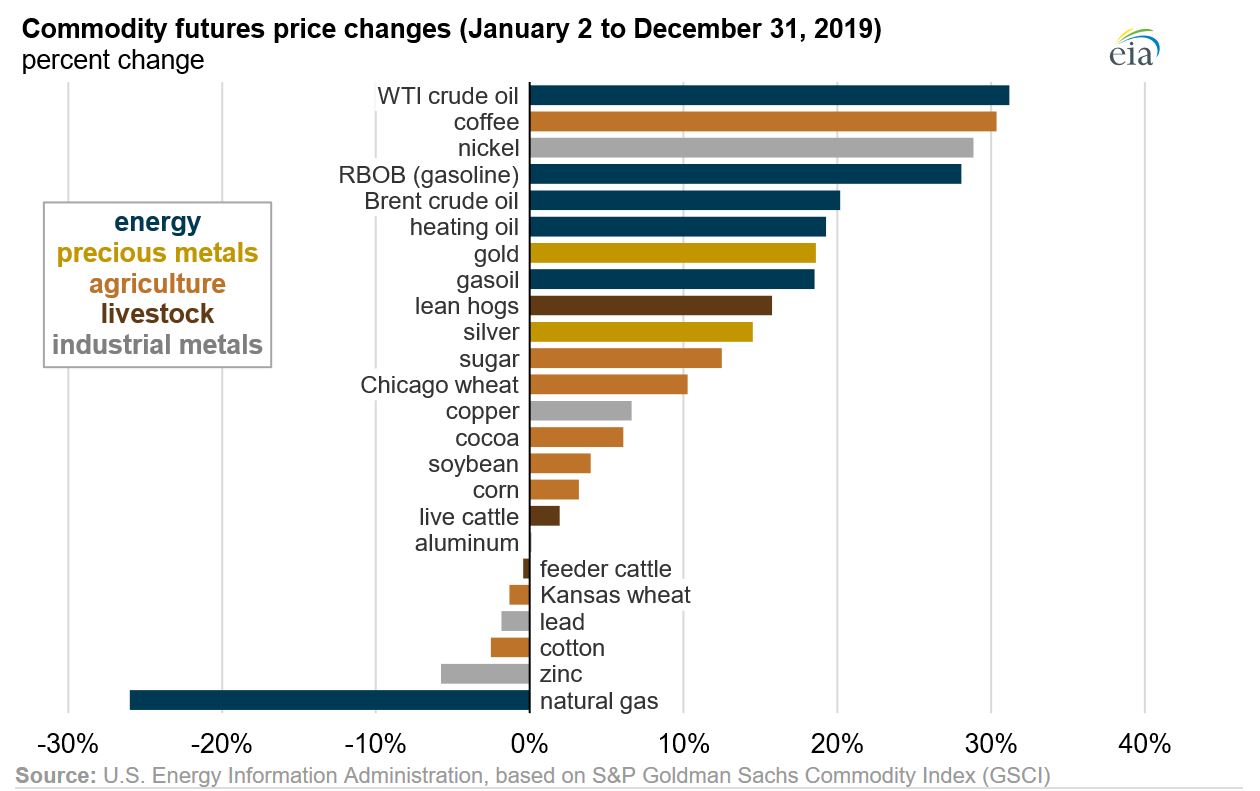 Price changes for each commodity are weighted by their relative importance in the broader market. WTI and Brent crude oil prices accounted for 72% of the weighting in the S&P GSCI energy index and 45% of the total GSCI in 2019. Since the creation of the GSCI in 1991, WTI and Brent have been the GSCI’s highest and second-highest weighted commodities, respectively, so both the GSCI and the energy sub-index tend to follow major price movements of these crude oils.

Prices of many nonenergy commodities tend to move in the same direction as energy commodities. For instance, because consumers use more copper and more crude oil when the economy is expanding, copper prices and the Brent crude oil price typically move together. 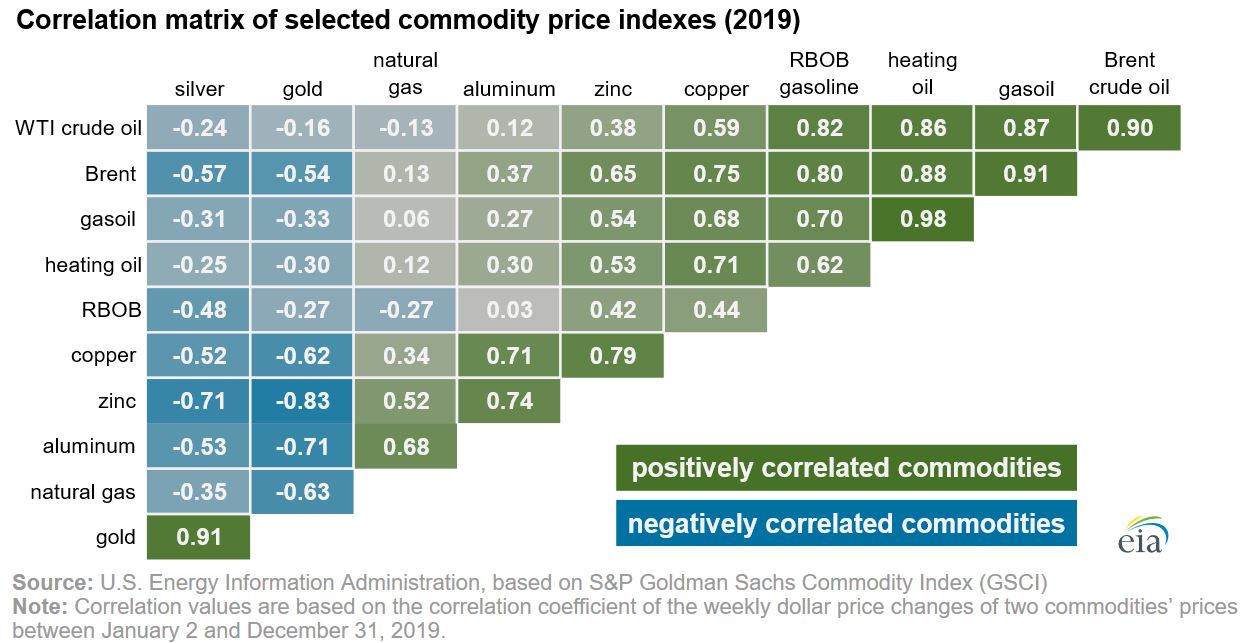