Singapore’s fuel oil stocks dropped to their lowest levels since late February 2021, data from Singapore Enterprise showed this week. Fuel oil inventories fell by 4% on the week to 25 August reaching a six-month low of 21.18 million bbls.

Lead times remain steady for fuel oils in Singapore, with 7-9 days recommended for VLSFO and HSFO supply, while LSMGO continues to be more readily available at 4-5 days ahead.

Singapore’s Hi5 spread has gained $3-4/mt since Monday, averaging at $103/mt. The price difference between HSFO380 and VLSFO is however steady on the week, and before Brent plunged to monthly lows of $65/bbl.

The weather improved late on Wednesday allowing operations to restart in the two ports, with suppliers working through the backlog. Bunker supply for the rest of August is not ensured, with earliest delivery dates rolling to 1 September in the country’s southern ports for VLSFO.

Western Japanese ports were also affected by Typhoon Omais this week, disrupting bunkering operations in the region. As a result, barge availability has tightened significantly in the country’s western ports with earliest delivery date now being 10 days away. 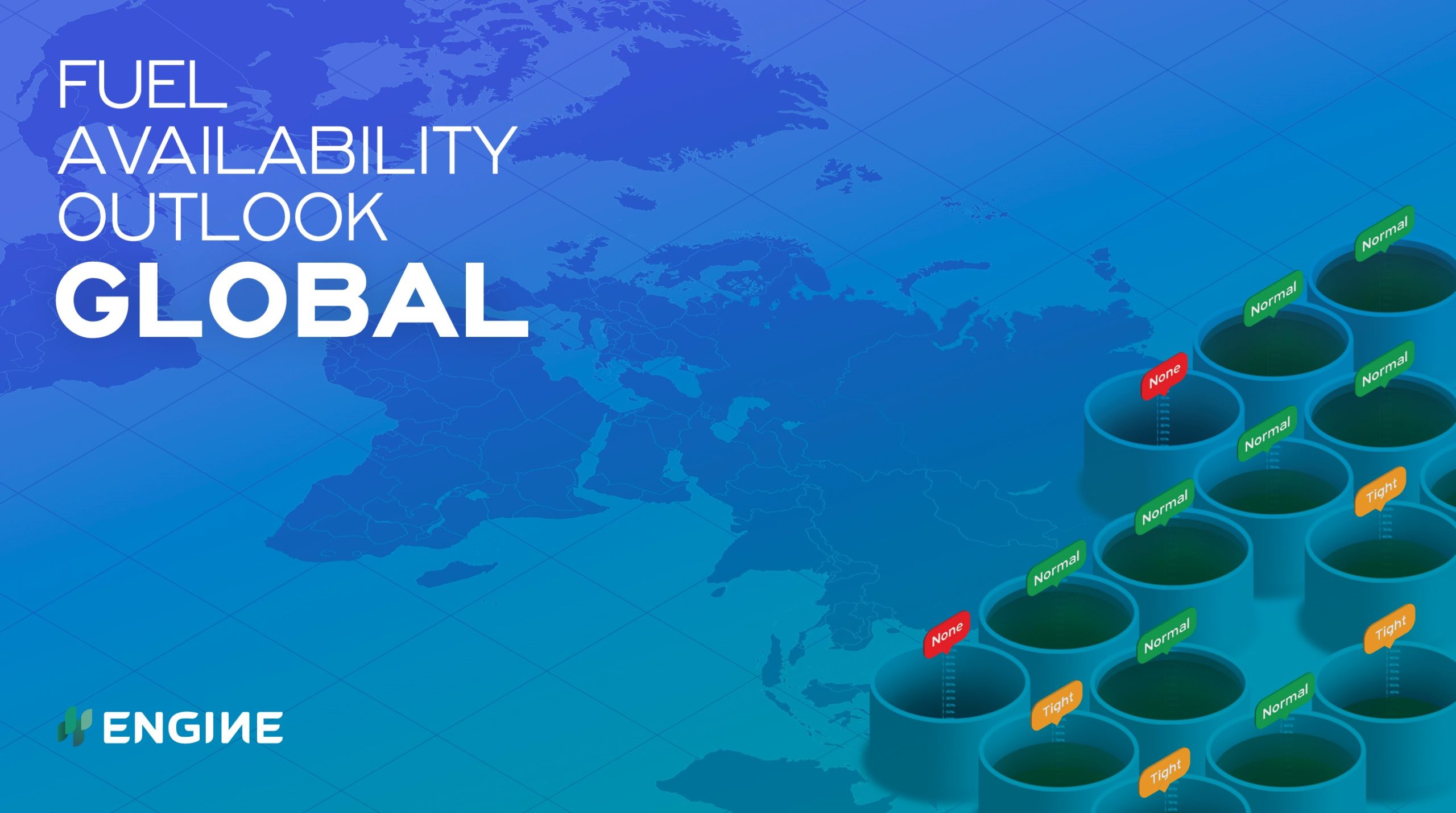 Japan’s total fuel oil stocks have moderately dropped by 1% on the week, data from the Petroleum Association of Japan showed. The country did not import any fuel oil on the week to 21 August, while HSFO exports surged by 91% to a four-week high of 467,000 bbls. LSFO exports saw a smaller 41,000 bbl rise on the week.

The Meishan terminal at Ningbo-Zhoushan reopened on Wednesday, after it closed down to all inbound and outbound traffic due to a port worker testing positive for Covid-19 in the port two weeks ago. Vessels have started berthing in the terminal as cargo operations have resumed in the port, but with bunkering operations still not allowed in the terminal.

Zhoushan’s HSFO380 and VLSFO remain in tight supply, with replenishment of both expected towards the end of the month. LSMGO is the only fuel grade workable in the Chinese port at the moment.

Fujairah’s lead times have slightly dropped on the week to stand at 7 days now, down from up to 9 days last week.

Fuel oil stocks fell by 11% to their lowest levels since late March, according to data from Fujairah Oil Industry Zone and S&P Global Platts data.

High sulphur fuel oil has tightened in Gibraltar straits ports this week, as there is not enough product available in the market. Two suppliers are advising earliest delivery dates from 2 September onwards, while one could potentially supply on an earlier notice. 3-4 days are recommended for HSFO380 in the Gibraltar straits to ensure timely delivery.

At the same time, HSFO380 seems to be more readily available in Las Palmas, even though one of the two suppliers in the port has been dried out of high sulphur fuel oil.

Bunker fuels remain ample for all three grades in ARA ports, without any supply shortage issues. Three days are still recommended for HSFO380 in the region to ensure timely supply, while low sulphur fuel oils could be procured at shorter notice.
Source: ENGINE (https://engine.online/)