EU crude oil imports were “business as usual” after the first quarter of 2020, as the effects of the pandemic hadn’t made an impact yet. In its latest weekly report, shipbroker Banchero Costa said that “between February and March 2020 Europe emerged as the global epicentre of the COVID-19 crisis. The lockdowns taking place in most of the continent are having a devastating impact on the economy, and obviously on the demand for refined products. However, this has still not been reflected in the Q1 import numbers for crude oil, which were still fairly decent compared to previous years”. 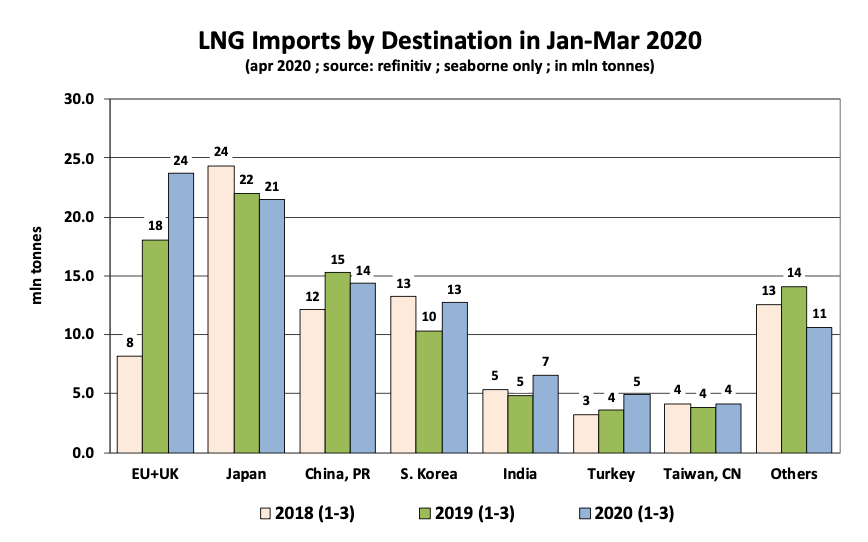 The shipboker added that “looking at individual countries, this quarter has been a mixed bag. Italy, the first country in Europe to be hit with the full force of the crisis, is surprisingly amongst those showing the most positive figures. Italy’s seaborne crude oil imports were actually up by +1.0% y-o-y in the first quarter of 2020, to 22.6 mln tonnes. Italy accounts for 18.6% of the EU’s crude imports. On the other hand, Spain’s imports declined sharply by -10.8% y-o-y to 14.3 mln tonnes in Q1 2020. Spain has a share of 11.7%. Imports to Rotterdam have been down by -8.1% y-o-y to 23.7 mln tonnes”. 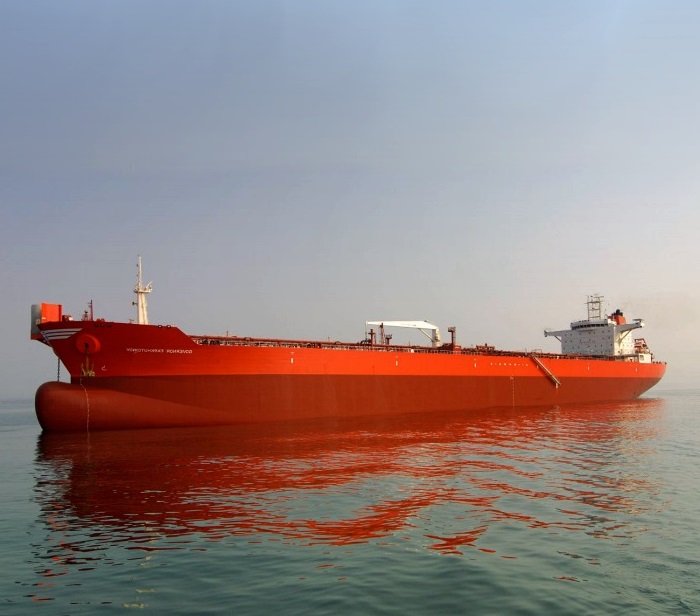 Banchero Costa added that “the port of Rotterdam on its own accounts for 19.5% of the EU’s seaborne crude imports. Arrivals to the UK were up by +6.4% y-o-y, to Germany by +11% y-o-y, to Portugal by +35%, and to Denmark by +116.0% y-o-y. Imports to France were down by -43% y-o-y, largely due to industrial action at ports and refineries at the start of the year. In terms of sources of the shipments, Russia remains king with a 28% share of EU’s imports. Arrivals from Russia declined slightly by -1.4% y-o-y to 34.3 mln tonnes in the first quarter of 2020. We have seen a continuation of the trend favouring the Baltic Sea over the Black Sea. Shipments from the Russian port of Primorsk to Europe increased by +22.5% y-o-y to 11.1 mln tonnes, whilst shipments from the port of Novorossiysk declined by -7.1% yo-y to 13.5 mln tonnes”. 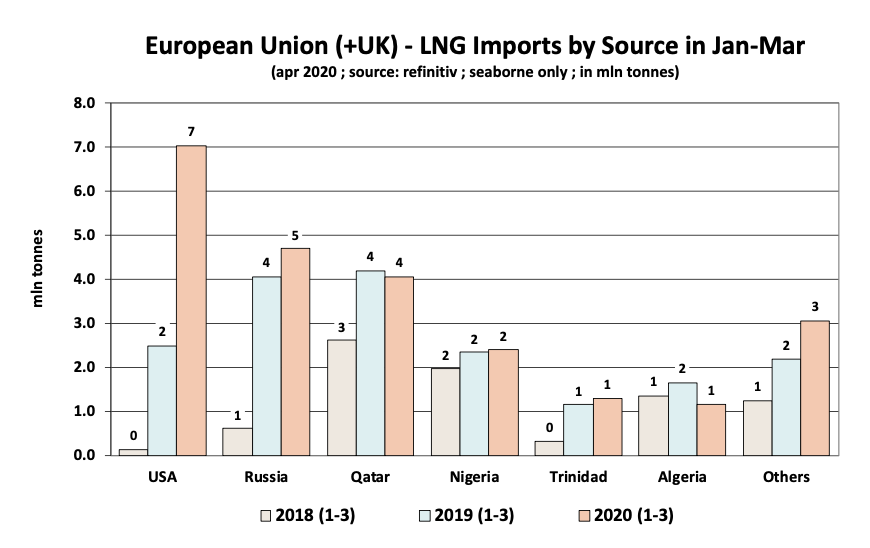