EU LNG Imports Were on the Decline, But Not Anymore

Seaborne LNG imports to the EU have grown in size and importance of late, reversing the trend set for the most part of 2021. In a recent note, shipbroker Banchero Costa said that “global seaborne LNG (liquified natural gas) trade has been very disappointing in 2021. Already in 2020 trade slowed down considerably, given the impact from the Covid-19 lockdowns and restrictions. In the 12 months of 2020, total seaborne exports of LNG increased by a very modest +1.5% year-onyear to 362.8 mln tonnes, according to vessel tracking data from Refinitiv. Whilst this still represented an increase from the 2019 figure, the growth rate was significantly slower than the +11.1% increase recorded in 2019 and the +9.1% y-o-y in 2018. In the first 11 month of 2021, things were significantly worse”. 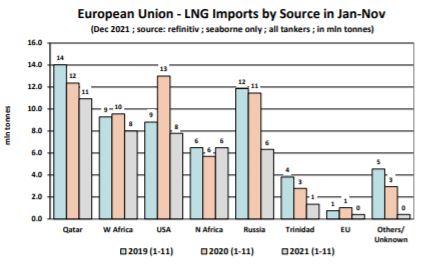 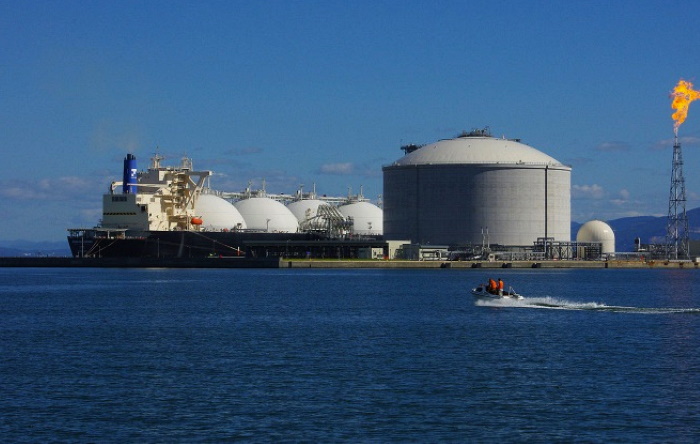 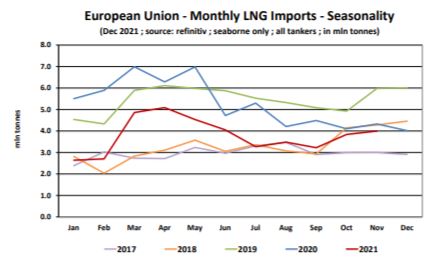 The shipbroker added that “in the third quarter of 2021, imports went down again to 10.0 mln tonnes, which was down -28.8% y-oy from the same quarter last year. October and November 2021 were not much better. November 2021 saw 4.0 mln tonnes delivered to the EU, which was -7.7% y-o-y compared to the same month in 2020. In terms of sources for LNG shipments to Europe, the largest and also the most constant supplier is still Qatar. In the first 11 months of 2021, Qatar shipped 10.9 mln tonnes of LNG to the European Union, down -11.6% yo-y. Qatar accounts for 26% of the EU’s total seaborne LNG imports. West Africa is in second place, shipping 8.0 mln tonnes to the EU in Jan-Nov 2021, down -16.3% y-o-y. West Africa accounts for 19% of EU’s LNG imports. The United States are in third place, with 7.8 mln tonnes in the same period, which was however down -40.1% y-o-y. The USA also account for 19% of EU’s LNG imports. Shipments from North Africa to the EU actually increased by +13.8% y-oy to 6.5 mln tonnes. From Russia they declined by most strongly, by as much as -44.7% y-o-y to 6.3 mln tonnes. Russia now accounts for 15% of the EU’s LNG imports”, Banchero Costa concluded.
Nikos Roussanoglou, Hellenic Shipping News Worldwide