When I started my technology company in China 7 years ago, everybody in the West thought China was just copying European and US technology and there was no real innovation taking place.

The overriding theme in the media and at conferences – where I spoke about the daily reality of operating in the Chinese startup world – was always belittling Chinese innovation, while South East Asia was not even mentioned. But what I saw seven years ago from my daily experience is that China was already very innovative in many areas – from e-commerce to social media – and had created a unique ecosystem.

The world was surprised when China was suddenly recognized as being innovative and leading the way in AI, IoT and electric vehicles – areas where the West thought it was ahead. The problem was an inability and unwillingness from western observers to understand or acknowledge the tremendous development that was taking place.

The West’s judgement of the rest of the world is more and more clouded by judgement based solely on differences in values. If Europe wants to keep progressing like it has in the last 50 years, it needs to finally start learning from Asia, just as Asia has been doing from Europe for decades. Our future depends on cooperation and mutual learning, avoiding conflict and solving the world’s biggest problems, such as climate change, together.

Europe’s tech ecosystem is lagging far behind the US, China and, in some areas, South East Asia. In the last five years, Europe invested less than $100 billion in venture capital – the same amount that was invested by the US and China annually over the past couple of years.

In terms of innovation and big tech exits, Europe also lags far behind the US and China. In 2020, five of the top 10 Tech IPOs came out of China (with the top 3 all Chinese); the rest were from the US. China is years ahead in areas such as fintech, e-commerce and social media; and equal or also leading in AI, e-mobility and Internet of Things technologies and adoption. 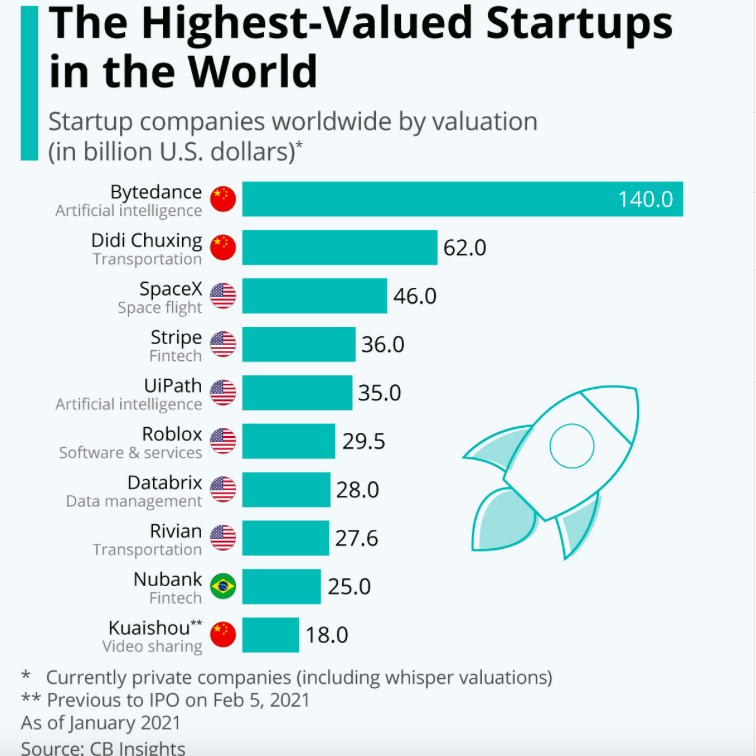 For Europe to stay a strong global player in the world and promote its values, it needs to invest equal amounts in the startup ecosystem and learn how China, Singapore, South Korea and other countries were able to build startup ecosystems in such a short amount of time. The lessons are clear for everybody to see: huge amounts of investment, developed independent capital markets, and clear protection and direction from government towards the creation of European startups.

2) Europe needs to learn how governments can accelerate startup ecosystems

Both the US and China have used clear, long-term strategy and involvement from the government to attract the best tech talent, raise the most capital, as well as protect their own startup ecosystem and companies. Europe, on the other hand, has left its markets completely open and vulnerable in this key area. The result is that Europe is now dominated by US players and more and more Chinese players will enter and do the same in the future (for example TikTok, Nio).

Furthermore, Europe has overregulated its own startup ecosystem, with laws ranging from putting high taxes on startup investments and making it difficult for employees to own stocks. China has left startups a lot of legal legroom, as well as supported them actively from within the government, creating a startup ecosystem to equal the US, in less than half the time. In order to catch up, Europe needs to learn from China, Indonesia and other South East Asian countries that have succeeded in creating an ecosystem so quickly. Europe also needs to reevaluate the role the government and the legal system plays in terms of managing innovation and progress.

Since the Second World War, Europe has been an open society that has learned from its surrounding countries and the US. In the past decade however, whether it’s about managing the coronavirus pandemic or building a strong, independent financial sector and startup ecosystem, China and many parts of Asia have been doing a better job in a shorter space of time than Europe. 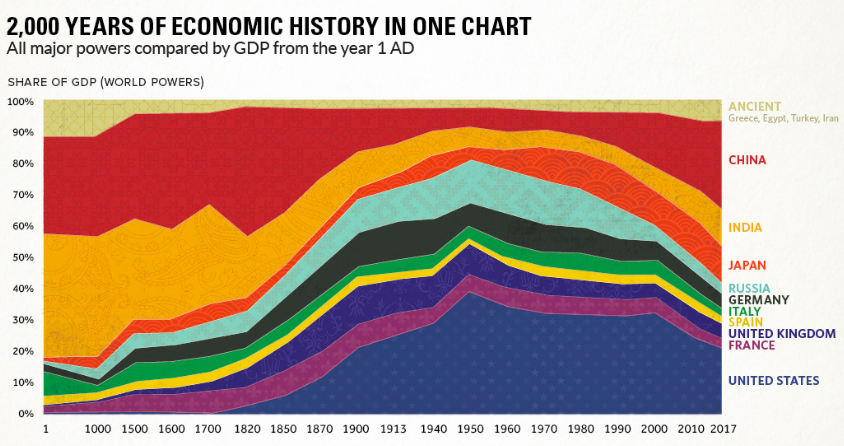 The mentality I have witnessed over the years in China and many Asian countries, is to have bold visions but also to learn and adapt quickly were necessary. In the past, Europe has profited greatly from its diverse and multicultural history, facilitating learning and close exchange with different countries in and outside of Europe. In the next decade, it is crucial that Europe starts learning from Asia, where much of the world’s progress is occurring and one of the key lessons is in how to adapt and innovate quickly.

Europe already has a world-class scientific infrastructure, leading social policy, and one of the largest and most developed markets in the world. If it wants to continue to provide its citizens with the protection and prosperity they currently enjoy, it finally needs to acknowledge that Asia (being home to around 60% of the world’s population) is doing many things better than Europe in many different areas.

Europe should not fall into the same trap as China in the 19th century, in which an inward-looking political system led to the eventual decline of the Chinese economy. The rise of Asia provides a unique opportunity for Europe to improve itself and create a win-win situation for the world.

Therefore, instead of falling into black and white thinking, dismissing mutual learning opportunities based on ideology, or trying to reinvent the wheel where others have done better, Europe should seek to improve its own system of government, tech ecosystem and mentality to enable the world to tackle future challenges such as climate change, which will require innovation and global cooperation on a scale never seen before in human history.
Source: World Economic Forum