European Commission: U.S. is now the EU’s main supplier of soya beans with a share of 52%

Today the European Commission has published the latest figures on EU imports of soya beans, showing that the U.S. has become Europe’s main supplier of this commodity, reaching a 52% share compared to 25% in in the same period last year.

Presidents Juncker and Trump issued a EU-U.S. Joint Statement following a meeting in Washington on 25 July, in which the two sides agreed to increase trade in several areas and products, notably soya beans.

To monitor the evolution of trade in soya beans, President Juncker put in place a reporting mechanism according to which imports from the United States increased by 133% compared to the same period in the previous year (July-mid-September 2017).

Commissioner for Agriculture, Phil Hogan, said: ‘I welcome the latest trade figures which show that we are delivering on the commitment made by Presidents Juncker and Trump to increase trade, particularly in relation to soya beans. This reflects both our longstanding trade relationship and the potential to achieve so much more by working together to build on that relationship.’ 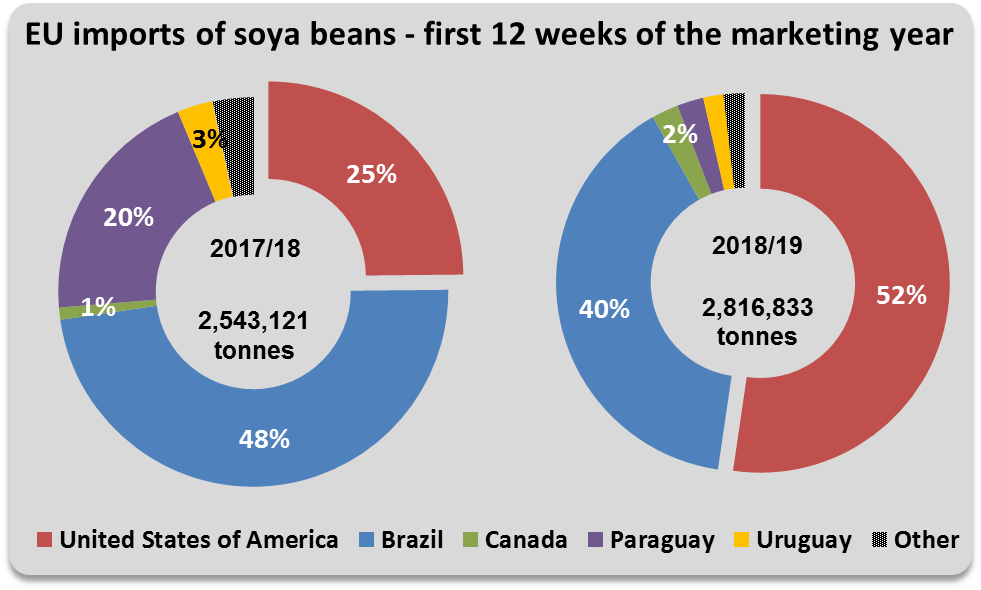 The current figures show that imports of U.S. soya beans to the EU have been continuously increasing over the past weeks: 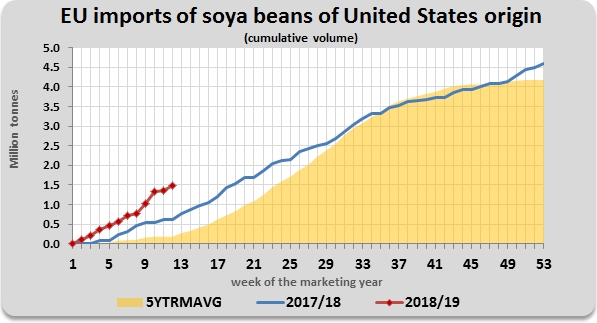 The EU currently imports about 14 million tonnes of soya beans per year as a source of protein to feed our animals, including chicken, pigs and cattle, as well as for milk production. Soya beans from the US happen to be a very attractive feed option for European importers and users thanks to their competitive prices.

The data included in the report published today on soya beans, comes from the Crops Market Observatory which the European Commission launched in July 2017 to share market data and short-term analysis to ensure more transparency.
Source: European Commission

2018-09-21
hellenicshippingnews..
Previous: Russian wheat arbitrage to Asia tightens, buyers seek Argentine grain
Next: When is an oilfield services contract ’maritime’? And why does it matter?