European ambition to clean up the shipping sector’s greenhouse gas emissions is being led by Germany, Belgium and France, a new ranking shows. The top three, followed by the Netherlands, Spain, Sweden, and then the UK, Denmark, Luxembourg and Finland, were the most active in pushing for an effective climate plan to be agreed by the International Maritime Organisation (IMO), the UN’s shipping body. The ranking, based on written and oral submissions to the IMO by EU countries, was compiled by sustainable transport NGO Transport & Environment (T&E). 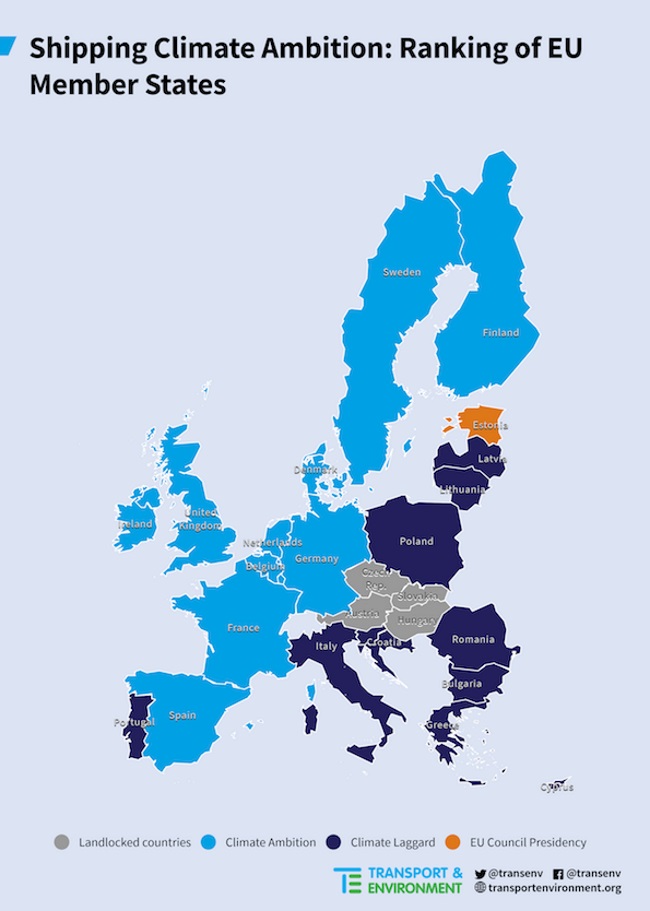 The five worst performers in the ranking are Greece, Cyprus, Italy, Portugal and Croatia. The EU’s biggest shipping registries, Malta, Greece and Cyprus received almost exclusively negative points given their near complete lack of ambition in the climate negotiations. The IMO is expected to agree a plan to reduce shipping’s greenhouse gas emissions at its environment committee meeting next month.

Faig Abbasov, shipping officer with T&E, said: “When the European Parliament demanded action on shipping emissions back in 2017, the big European maritime nations cried out that the EU shouldn’t regulate shipping, as everyone was doing their best to get things done at the IMO. But these same states are now working to derail progress on a climate deal for shipping at the IMO.” 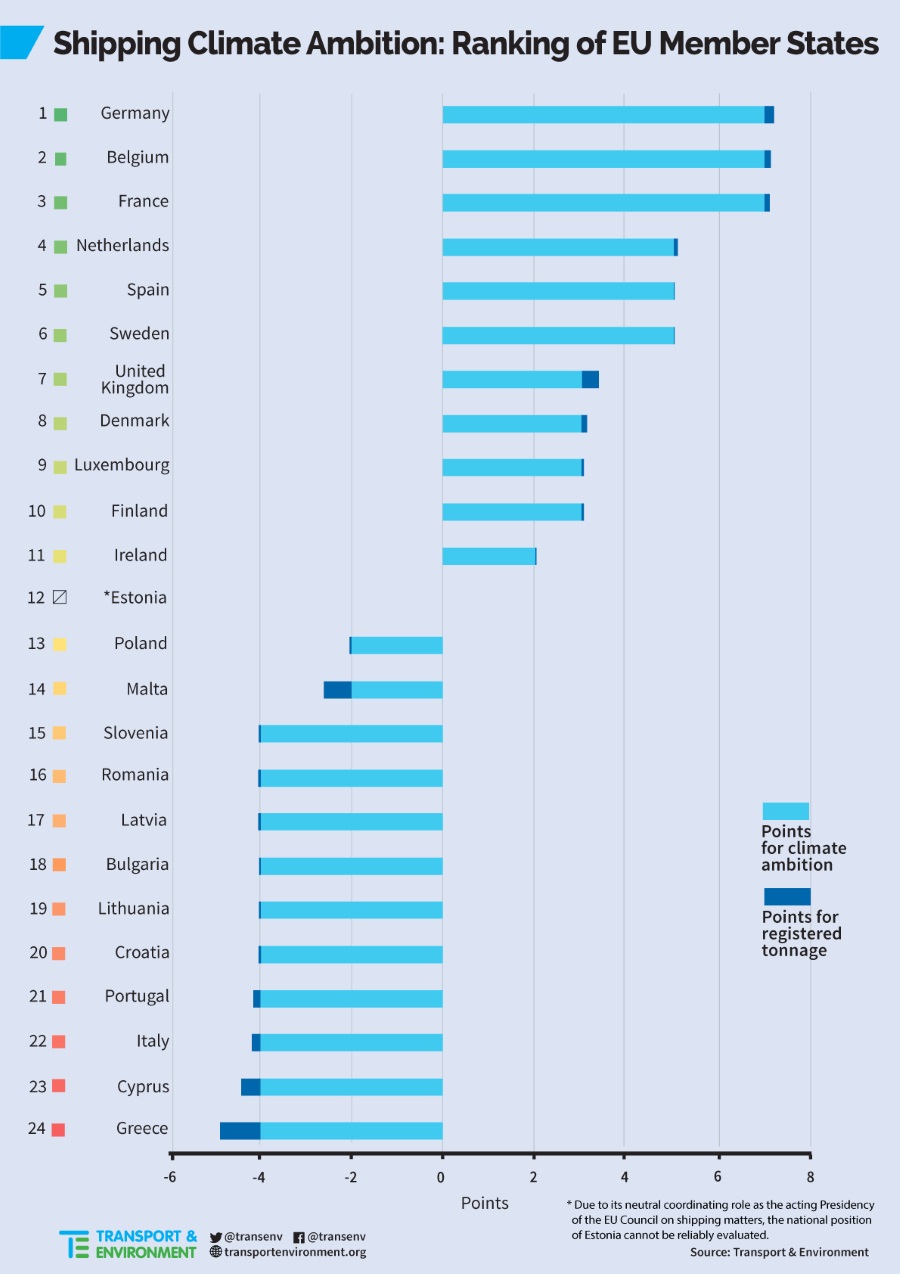 Shipping emits 3% of global CO2 – and emissions are increasing year on year – yet it remains one of the few sectors of the global economy without sector-specific emissions reduction targets.

The IMO will meet in April 2018 to adopt its Initial GHG Strategy for the sector, over 20 years after being first tasked to do so by the Kyoto Protocol in 1997. The key issues on the table are: agreement on a long-term emissions reduction target; a commitment to immediate action; and the shortlisting of candidate short, mid and long-term reduction measures. Immediate measures under discussion include ship operational speed limits (slow steaming) and tighter efficiency standards for new ships as there is massive over-compliance with the weak Energy Efficiency Design Index (EEDI).

The ranking also reveals deep geographical divisions between northern EU countries, which demonstrate higher ambition, and Southern and Eastern EU states, which are generally far less ambitious about ship greenhouse gas reduction targets and measures. The only notable exception is Spain, which holds 5th position. The ranking includes the 23 EU countries with a coastline plus Luxembourg, which has an active shipping registry despite not being a maritime nation.

Faig Abbasov concluded: “April is the last chance saloon for the shipping industry, the major flag states and the IMO to get their act together. Shipping can no longer free-ride on the efforts of other sectors. This is a wakeup call for the EU. Either EU governments, especially those with big shipping industries, get serious about delivering a good outcome at IMO, or they will have to accept solutions outside the IMO.”
Source: Transport & Environment

Previous: DNV GL’s 2017 Annual Results: Well positioned to return to growth after another year of challenging market conditions
Next: A Trade War Is Harmful To Us All And Clearly Bad For Global Shipping