EUROSTAT European Union Statistical Office : A third of EU trade is with the United States and China

These data are issued by Eurostat, the statistical office of the European Union. A selection of infographics on international trade in goods is also available on the Eurostat website.

Germany, main export destination for a majority of Member States

In some Member States, over a quarter of exports went to one single partner. This partner was Germany for Czechia (32% of exports of goods), Austria (30%), Poland (28%), Hungary and Luxembourg (both 27%), the United States for Ireland (28%) and Spain for Portugal (25%).For extra-EU trade, that is trade with non-EU countries, the 3 main destinations of EU exports in 2018 were the United States (21% of all extra-EU exports), China (11%) and Switzerland (8%). 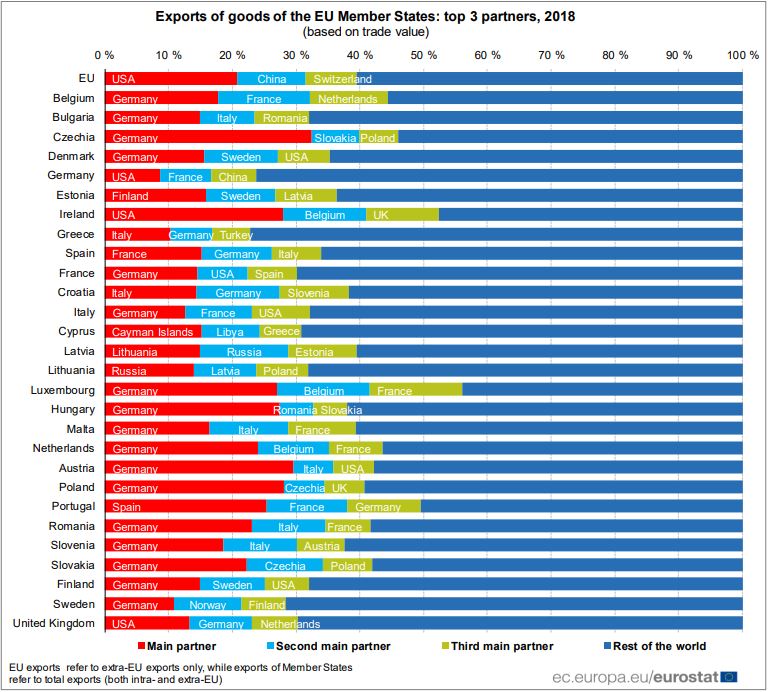 With more than three-quarters of goods exported to other EU Member States, Slovakia (86% intra-EU in total exports), Czechia and Luxembourg (both 84%), Hungary (82%), Poland (80%), Romania (77%), Slovenia and Portugal (both 76%) recorded the highest shares of intra-EU exports in 2018. At the opposite end of the scale, Cyprus (28%) and the United Kingdom (47%) were the only Member States that exported more goods to non-EU countries than within the EU in 2018. 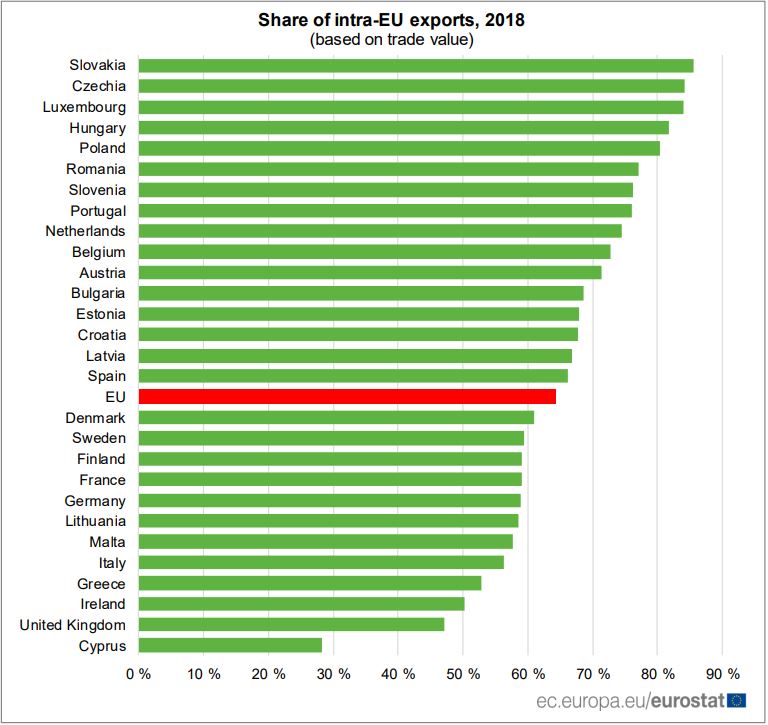 For extra-EU trade, the main country of origin of goods imported into the EU in 2018 remained China (20% of all extra-EU imports), followed by the United States (13%) and Russia (8%). 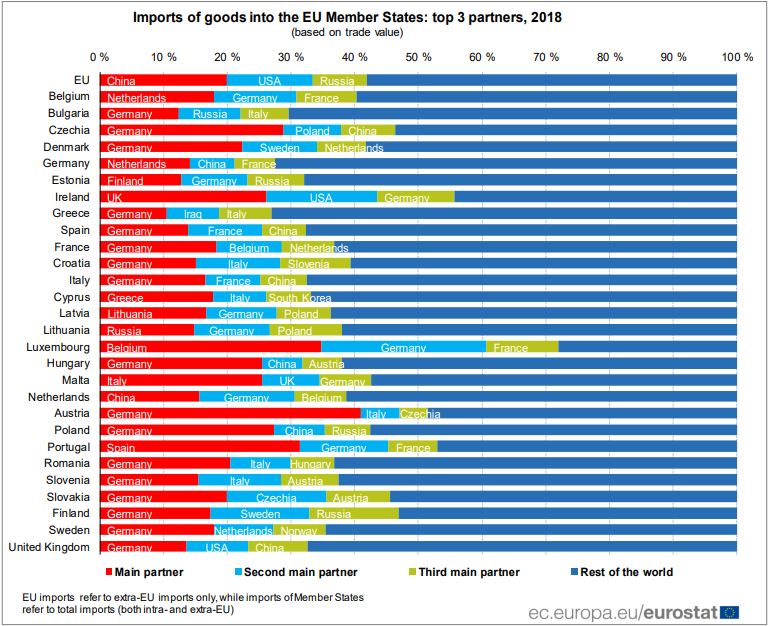 At least three-quarters of total imports of goods originated from another EU Member State in Luxembourg (88%), Slovakia (80%), Croatia and Austria (both 78%), Estonia (77%), Czechia and Portugal (both 76%), Hungary, Latvia and Romania (all 75%). In contrast, the Netherlands (46%) was the only Member State where less than half of the imports came from within the EU. This is largely due to the so-called ‘Rotterdam effect’ (see country note). 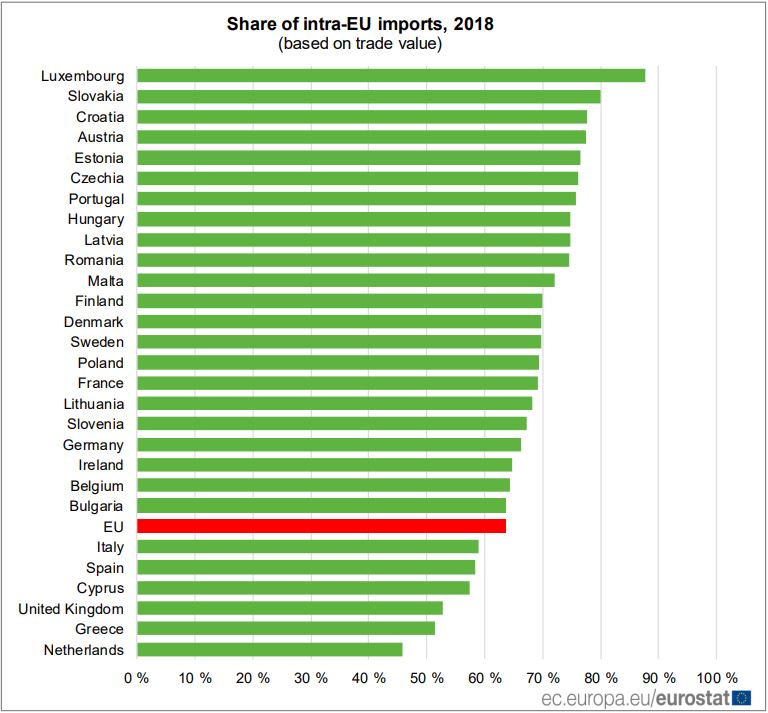 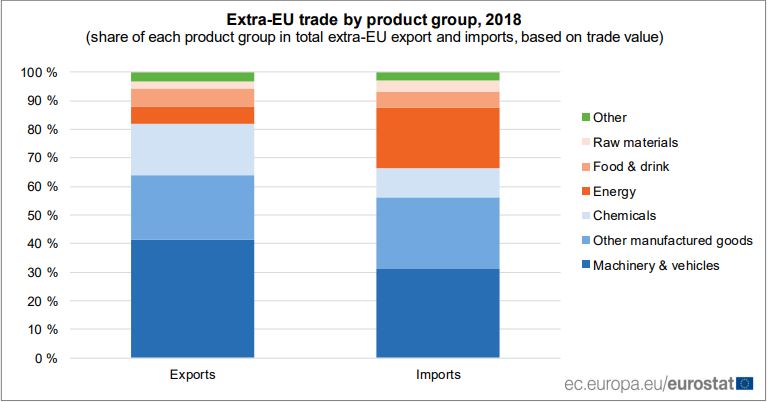