The tanker and energy markets are bound to face a changing tide, from the wave of measures which the EU and Britain agreed to in recent days. In its latest weekly report, shipbroker Intermodal noted that “tide and time wait for no man, and certainly markets are on the go by impelling towards the transition of a new oil supply path, yet the question is to be answered, will the Russian oil industry be expunged from main trade patterns?”

According to Intermodal’s Alexandros Christakoudis (Tanker Chartering), “this answer is a cruel shrug, rather than a definite position on Russia’s back as demand and definitely political nuances seem to seek a proxy on a Ship-to-Ship transfers of Russian crude oil and its byproducts. All tanker voyages-especially to the US-were completed ahead of the import ban on Russian energy cargoes and had buoyed by the global economic recovery from the pandemic, so the impact of sanctions and other restrictions on Russia issued after its invasion of Ukraine on February 24th has not been reflected on Russian shipments”. 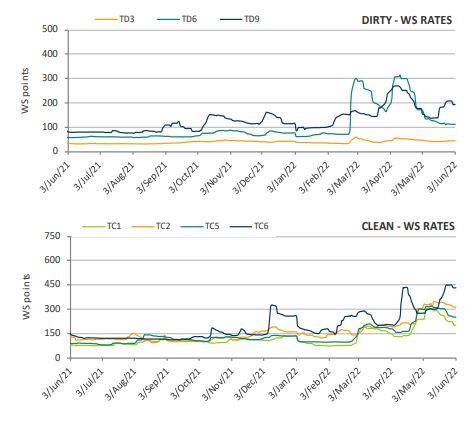 “EU’s oil pact is a compromise, but it is also significant, as Moscow is strongly reliant on its energy exports, and the EU claims that this agreement will reduce Russian oil imports by more than 90% by the end of the year. Russia will seek new markets, but this will take time in the case of oil. For example, there is no infrastructure in place to reroute oil exports from Europe to Asia while such sales will need to materialize at a lower price. There’s also the issue of Russian gas, which could be the subject of a future embargo. In this same notion, there has been a distinct uptick in STS transfers of Russian fuel oil in particular, Greece and especially Kalamata STS zone is a geographically suited area for Russian products moving out of the Black Sea, where shipping costs and insurance premiums have surged, hence the area serves a logistical sense and a way for circumventing higher fees, accordingly”, Christakoudis said. 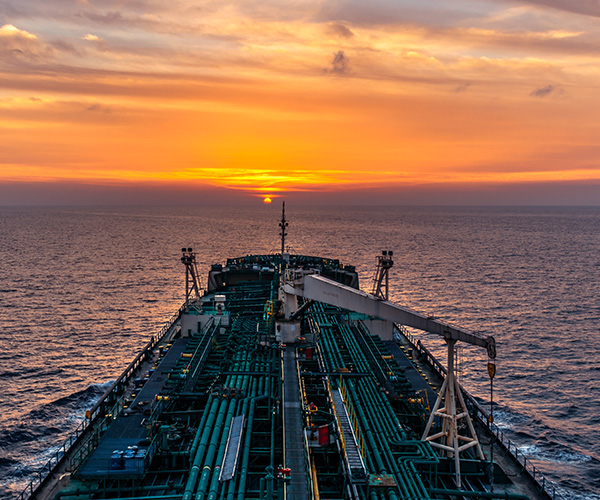 He added that “having said that, one should recognize that, a different kind of peril now emerges after the UK and Brussels agreed to ban the insurance scheme on ships carrying Russian oil as they ratchet up sanctions on Moscow over its invasion. The move threatens to shut one of the world’s biggest crude producers out of large parts of the maritime export market. Ships carrying Russian oil would rush to find alternative insurance, without which they would face being turned away from global ports. Russia’s oil exports have largely held up despite western sanctions on its financial system. Industry executives state that the alignment of the insurance ban could change that and address the fundamental problem with the EU’s seaborne oil embargo in which Russia can simply redirect its crude, elsewhere”.

Meanwhile, “the impact of a UK and EU maritime insurance ban on ships carrying Russian oil cannot be overstated, sanctions partner the impact the insurance ban had on Iranian oil a decade ago, and this could well send the Russian oil trade down the same path. It is a decade since western governments first prohibited insurers from providing cover for Iranian oil shipments, as well as putting secondary sanctions on third parties that helped circumvent sanctions, capping a broader package of measures and sparking an almost immediate decline in exports. But targeting Russia, the world’s third-largest oil producer, could have a far deeper impact on global energy markets”, Intermodal’s analyst concluded.
Nikos Roussanoglou, Hellenic Shipping News Worldwide