A proposed EU embargo on imports of Russia crude oil and refined products would keep prices at elevated levels in the short term as it would require redirecting trade flows from other regions and utilising spare capacity, Fitch Ratings says. If this embargo is supported by all EU members, we anticipate the transition to be gradual, with the most affected countries, such as the Czech Republic, Hungary and Slovakia, receiving temporary exemptions.

The EU ban could affect about three million barrels per day (MMbpd) of crude oil and about 2MMbpd of oil products imported into the bloc from Russia, based on 2019 data that reflect typical pre-pandemic trade flows. Russia should be able to redirect a part of exports to Asia, although this could be hindered by an EU-proposed prohibition on offering maritime transport and insurance for Russian oil shipping. The ban could lead to Russia’s total production declining by 2MMbpd-3MMbpd by end-2022, assuming potential exemptions and limited re-direction of exports, or by up to a third of Russia’s normalised exports. 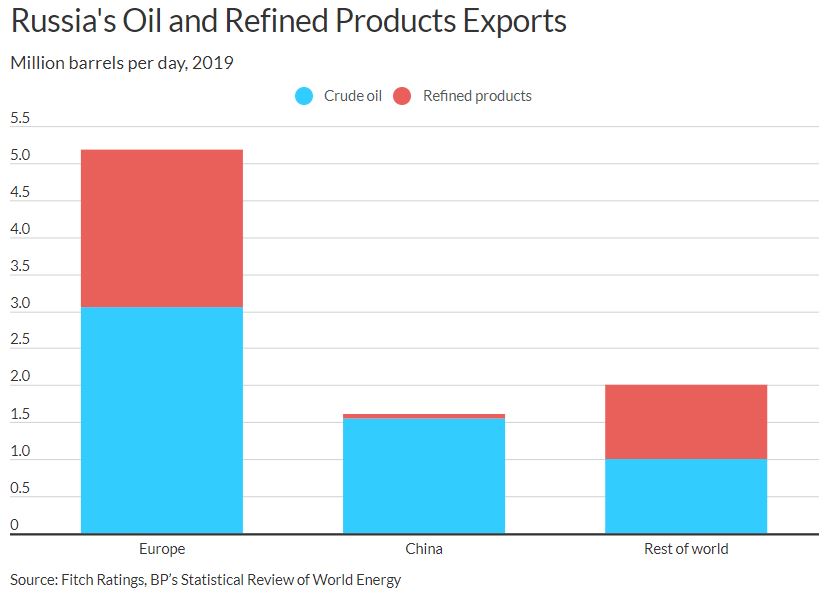 Crude oil production in Russia was stable in 1Q22, but started to decline in April. Based on various sources, production may have fallen by about 1MMbpd, or about 10%, although Russia has stopped disclosing its production data. Various sanctions and self-restrictive measures by buyers are affecting demand for Russian oil and production levels, and in the longer term the exit of international oil service companies and global majors from Russia will mean that the country’s oil sector will lose access to advanced technology, contributing to the decline.

The global oil market was broadly balanced in 1Q22 after a significant deficit in 2021 caused by recovering demand and slow production increases by the OPEC+, according to the International Energy Agency (IEA). We previously expected the market would switch into a surplus in 2022, but given reduced oil flows from Russia, it is more likely that it will remain tight in the short term. Oil prices will therefore remain elevated over the next one to two years given a deficit and a geopolitical premium.

The OPEC+’s sustained production spare capacity, excluding Russia, exceeds 4MMbpd, of which about 2MMbpd and 1MMbpd are in Saudi Arabia and the UAE, respectively. In addition, Iran could gradually add about 1MMbpd to the market if there is progress on its nuclear deal. US production could also increase by up to 1MMbpd this year, spurred by higher prices and increased drilling activity.

If the EU agrees the embargo, the market balance will largely depend on the OPEC+’s policies, particularly Saudi Arabia, its largest producer. The OPEC+ has not changed its post-pandemic policy of adding the maximum of 0.4MMbpd of supply to the market every month but the agreement between the OPEC+ members on this policy expires in September 2022. The OPEC+ countries (excluding Russia) could rebalance the market if the EU embargo on Russian oil is introduced and oil prices threaten to rise to levels seen as highly unsustainable in the medium and long term. 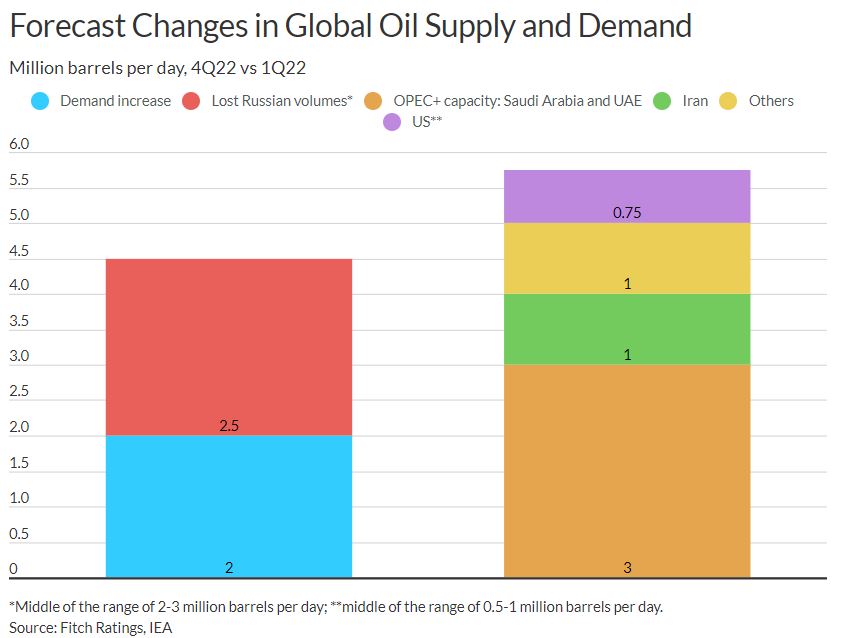 Most oil producers budgeted for much lower prices at the beginning of the year, and the current high prices will help to generate much stronger operating cash flows than expected. Incremental cash flows will be used to increase capex and shareholder distributions, but also to reduce debt. We had expected most producers to continue following prudent financial policies and retain the financial flexibility achieved in the past few years, remaining wary of commodity price volatility. 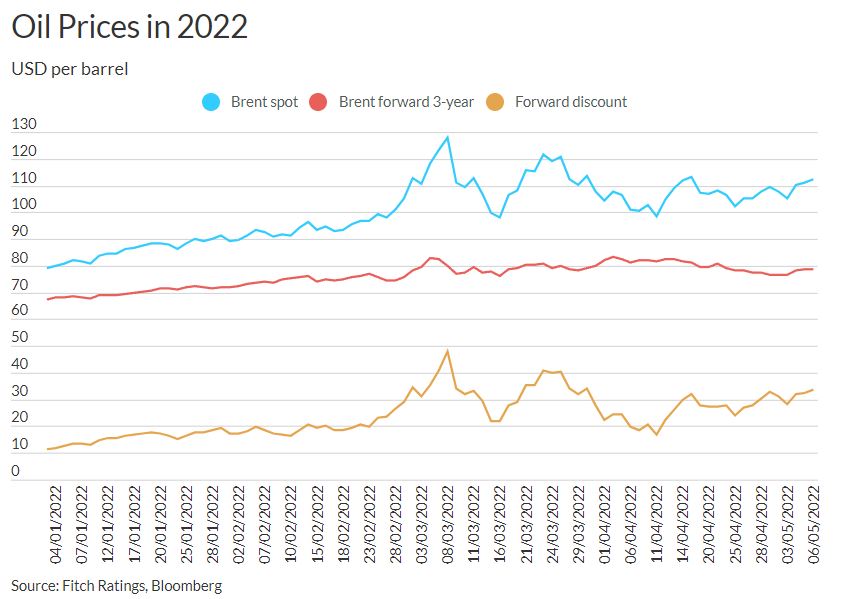 The current pricing environment will not trigger portfolio-wide rating actions as we rate through the cycle and assume oil prices to moderate in the medium term.
Source: Fitch Ratings