The Ngujima-Yin is an oil production facility located over the Vincent oil field in Western Australia, 50 kilometres north-west of Exmouth. Production will resume shortly following modifications on the facility which will be connected by a 31km subsea tie-back to the oil accumulations from the Greater Enfield fields.

The Evac MGPS system will eliminate blockages in seawater pipework caused by the growth of barnacles and mussels, thereby saving on maintenance costs throughout the life of the vessel. 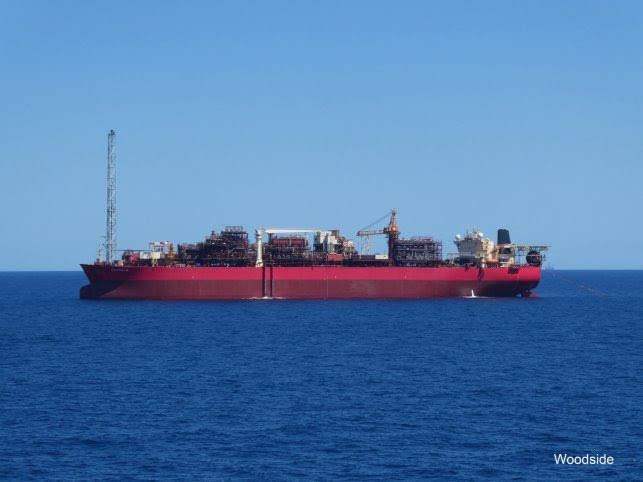 Cathelco, part of the Evac Group since 2018, has supplied MGPS systems to protect seawater lift pumps for numerous FPSOs and offshore platforms. In most cases, pairs of copper and aluminium anodes are mounted within the strainers of FPSOs where they can be changed at any time without the need for drydocking. However, where the drydocking interval is greater than 5 years, an electrolysis tank system is often the most practical option.

“Cathelco have many years of experience in the design of MGPS electrolysis tanks for offshore platforms. Our expertise and record of product reliability were important considerations in winning the contract”, explains Andrew Gamble who has supervised the project at Evac.

The MGPS electrolysis tank unit will be one of the most complex ever designed by Cathelco for an offshore production facility as it will treat seawater from three lift pumps, two of which will be in operation at any given time.

“A key aspect of the project is the ability to dose water at high and low flow rates depending on the processes which are being carried out on the FPSO and the combination of pumps in use”, says Gamble.

The contract has involved close technical co-operation between Woodside and Marine Plant Systems, Cathelco’s agent in Australia who won the contract.

The skid mounted electrolysis tank houses five copper anodes and the flow of seawater from each of the three lift pumps is controlled by automatic valves. It is also installed with a self-cleaning filter to prevent the build-up of debris in the tank.

In operation, the anodes produce ions which are carried throughout the pipework where they prevent barnacle and mussel larvae from settling and growing. The concentration of copper in the pipes is around 12 parts per billion, sufficient to prevent blockages caused by biofouling, but having no effect on the wider marine environment.

Built to Hazard Area Zone 2 standards, the skid will incorporate a lifting facility which will enable the electrolysis tank lid to be removed safely and easily by the crew, simplifying anode renewal over the life of the system.

Evac is the world’s leading provider of integrated water and waste management systems, as well as corrosion protection systems for the marine, offshore, and building industries. Our cutting-edge solutions and services have been helping leading global players in these industries to significantly reduce their environmental footprint for 40 years. With offices in 14 countries across four continents and representatives in more than 70 countries, we pride ourselves on being close to our customers wherever in the world they are located
Source: Evac