Shareholder resolutions on climate lobbying gained momentum at the annual shareholder meetings of US oil majors ExxonMobil and Chevron this week. The topic of how companies and their lobby groups are influencing the climate policy imperative is now firmly on the investor agenda on climate change.

InfluenceMap operates the world’s leading analysis platform on corporate climate lobbying and is a data partner to the Climate Action 100+ shareholder engagement process which has identified obstructive lobbying on climate as a key priority. Our analysis of the oil majors, particularly those based in the US, show that the sector continues to largely oppose the policy response demanded by the world’s climate science community under the IPCC to avoid the worst impacts of climate change. 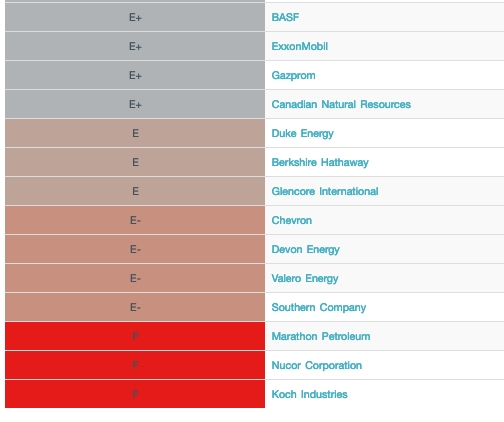 While oil majors globally have made an effort to appear positive on climate change through top-line statements, they remain opposed to much needed binding policy action and retain powerful networks of lobby groups such as the American Petroleum Institute who conduct much of the overtly climate-negative lobbying on their behalf. The bottom of the league table of corporations and their climate lobbying illustrates how the sector performs.

Edward Collins, Director of Corporate Climate Lobbying, InfluenceMap, “Investors have many reasons to demand that companies come clean on their climate lobbying. While climate presents long term risks to portfolios across the board, companies propping up their business model by controlling regulations are at risk from near term changes in climate politics on a global scale.”
Source: InfluenceMap

Russia buys $1 bln worth of Turkmen gas in 2020 -ambassador