As piracy is an ongoing struggle between the maritime community and navy forces on one hand and pirates on the other, a new dangerous “hotspot” has been on the rise. According to maritime security company Actus International Security (www.actussecurity.com), the Gulf of Guinea is proving to be a new place for ships to take close care of and be vigilant. In an interview with Hellenic Shipping News Worldwide, the company’s Managing Director, Helen Mitchell, says that “piracy in the Gulf of Guinea tends to be ‘smash and grab’, where the contents are ‘bunkered’ and sold on elsewhere. The vessels are not detained for long though and the crew, although traumatised by the experience, tend to released quickly”. 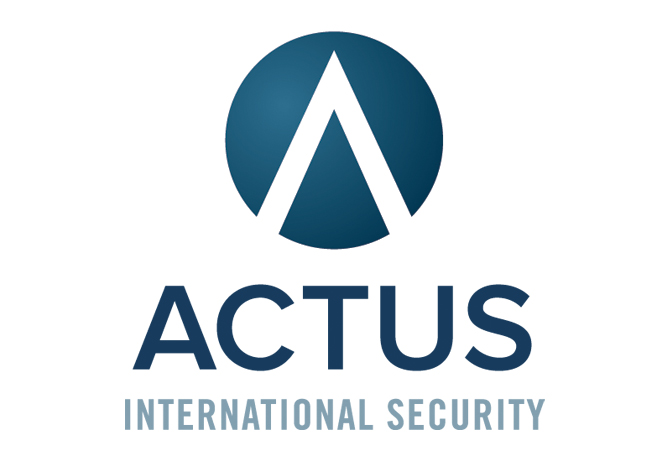 The question on everyone’s lips these days is, why is modern piracy so hard to stop? Could you tell us your view on the subject?

Piracy has existed for centuries, but essentially it requires two conditions: a geographical choke point forcing vessels into a narrow stretch of water, where they are restricted in their manoevre and also a benign environment for the pirates to launch and recover. The Horn of Africa is perfectly positioned with the Bab el Mandeb and also, until now, a relatively benign environment on shore, where somali pirate gangs have been able to operate with impunity.

Which would say are the current piracy hot-spots that ships should be careful?

Actus International Security monitors the incidence of Piracy very closely. Vessels and Shipowners are far more aware of the risks transiting through the traditional sea lanes. Whilst activity off the Horn of Africa has been contained by International Military forces, maritime criminal activity off the Gulf of Guinea is still increasing. There are also incidents of maritime criminal activity and piracy in the South China Sea, off Malaysia and the Sinagapore Strait. Opportune crime, such as theft whilst the vessel is at anchor still exists and is often accompained by extreme violence. Masters are far more aware of their vulnerability when at anchor and transiting inside territorial waters, but reliant on local Navies and Coastguards, which depending on their capacity and scale, may or may not be able to ensure their safety.

We’ve seen that pirates have been quite resourceful and flexible in terms of adopting new tactics. How have they evolved over time, especially after an increase of navy patrols?

Piracy is a highly organised criminal activity and pirates have proven their tenacity and ingenuity to pursue their trade. The containment off the Horn of Africa is proving effective in that any vessel leaving the beach is closely monitored and intercepted, should equipment for carrying out the act of piracy be found on board, such as ladders, firearms, excessive amounts of fuel and water etc. The EU Naval Force has also taken pre-emptive strikes on shore destroying suspected caches of piracy equipment although it is admitted they may well be targeting legitimate fishing vessels! However off the Gulf of Guinea, the issue manifests itself slightly differently, where 10 countries border onto the Gulf, all with differing maritime security capabilities. Smuggling is rife and there is a thriving black market, feeding the demand for cheaper commodities in neighboring countries. Piracy in the Gulf of Guinea tends to be ‘smash and grab’, where the contents are ‘bunkered’ and sold on elsewhere. The vessels are not detained for long though and the crew, although traumatised by the experience, tend to released quickly.

Do you believe that ships with armed protection will be the answer to piracy?

The Shipping community has adopted a wide range of security measure to deter piracy attacks. The introduction of Best Management Practice 4 (BMP4) has effectively fortified vessels transiting through the high risk areas. Additional to this, some owners and flag states have been offered premium discounts by their marine insurers to embark private armed security as a further credible deterrent, which to date has worked extremely well. The solution to modern piracy lies onshore, where the criminals should be targeted and persuaded not to undertake this activity. Prosecutions are increasing, but they are often slow and expensive, but until the there is a sufficient sense of ‘rule of law’ on land to deter the activity, then the victims – the shipowners – have every right to take the steps they feel appropriate to counter the threat in ensuring the safety of their masters and crew.

What services does your company offer to ship owners? In which areas around the world are you able to provide protection?

During its latest report, International Maritime Bureau (IMB) said that reported pirate attacks are falling. Is this the case according to you and why has this happened?

The reporting of incidents, attempted and successful hijacks is still ad hoc both on the East and West coast of Africa, but the overall trend of successful attacks in the Indian Ocean is down. The International Naval presence in the region, combined with Shipowners use of BMP4 and armed guards has led to a credible deterrent to pirates. By contrast the maritime criminal activity off the Gulf of Guinea occurs predominantly in the territorial waters, where private armed security cannot be used. Incidents have been reported further offshore, where vessels have been drifting with their pilot ladders down, believing they are safe, however gangs are proving adept at locating vulnerable vessels beyond 100NM offshore. Actus provides unarmed security advisors to shipowners in this region, working closely with the local Government Navies and Coastguards in countering attacks.

How important is for a security company to be accredited by the Security Association for the Maritime Industry (SAMI)? Which are the qualifications a company must have to receive this accreditation?

Actus understands that in a crowded and unregulated market, standards of delivery and compliance are becoming increasingly important. It must be incredibly difficult for a CSO/DPA choosing a security provider with so many companies offering various standards of compliance and delivery capability. Actus is accredited, endorsed and a member of SAMI, ICOC, SCEG, and ISO 9001/2008 compliant.

What steps should be taken, in terms of rules of engagement, in order to prevent fatal accidents, like the one which happened in India a few months back?

Actus International Security uses ‘rules for the use of force’, whereby the use of lethal force is authorised only in situations of self defence. The identification of hostile threats and acts is determined by Actus’s security operatives, highly trained individuals who understand the environment and their responsibilities to the Master and the crew. The incident off Kerala was a tragic accident and is still under investigation, but involved embarked military security, who operate under rules of engagement, quite different to rules for the use of force. Actus International Security Operatives are carefully selected and vetted, providing a thorough understanding and awareness of the maritime environment to its clients. Actus works hard to deliver a exceptionally high quality risk management to the Shipping Industry in the safe transit of vessel, cargo and crew through high risk waters.