Independent evaluation is an essential part of the STCW Convention requirements, to ensure countries can be kept in the so called “STCW White List”. A regional workshop on awareness and importance of the independent evaluation has been held in Jeddah, Saudi Arabia (4-8 December), for participants responsible for STCW Independent Evaluation reports from IMO Member States in North Africa and the Middle East (MENA) region. 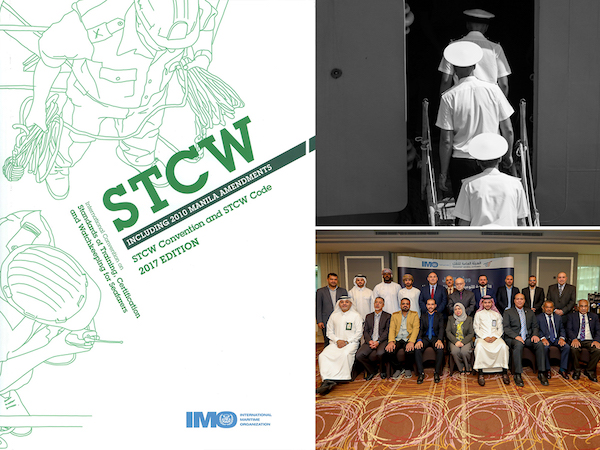 The workshop, the first of its kind, provided guidance on the preparation, reporting and review of Independent Evaluations, required under regulation I/8, and the steps usually taken to implement mandatory amendments to the STCW Convention. A successful independent evaluation is a proof of compliance with the STCW Convention, so seafarers from the Member State can be employed/work onboard foreign going ships.

The workshop was delivered by IMO, jointly with the Transport General Authority of the Kingdom of Saudi Arabia. It is envisaged that this workshop will be used as a template for similar IMO activities to be delivered in different regions around the globe under the umbrella of IMO’s Integrated Technical Cooperation Programme (ITCP).

The workshop was attended by 23 participants from eight countries.

Regulation I/8 of the STCW Convention 1978, as amended, says that each Party shall ensure that an evaluation is periodically undertaken and that a report containing the results of the evaluation shall be communicated to the IMO Secretary-General.
Source: International Maritime Organization