As shipping seeks to drastically cut emissions, which fuels it will use to do so are far from clear. For 100 years the marine fuel market has been dominated almost entirely by oil. Now a diverse palette of potential clean fuel is emerging.

The viability of many new fuels depends on overcoming many challenges over the next 10 to 20 years. But the urgency of shipping’s decarbonisation ambition – notably, the International Maritime Organization’s aim to cut total greenhouse gas emissions at least in half by 2050 – means there is no time to wait for the ideal solution. The answer lies in flexibility, says Mikael Wideskog, General Manager, Technology Strategy & Innovation, Wärtsilä Marine. 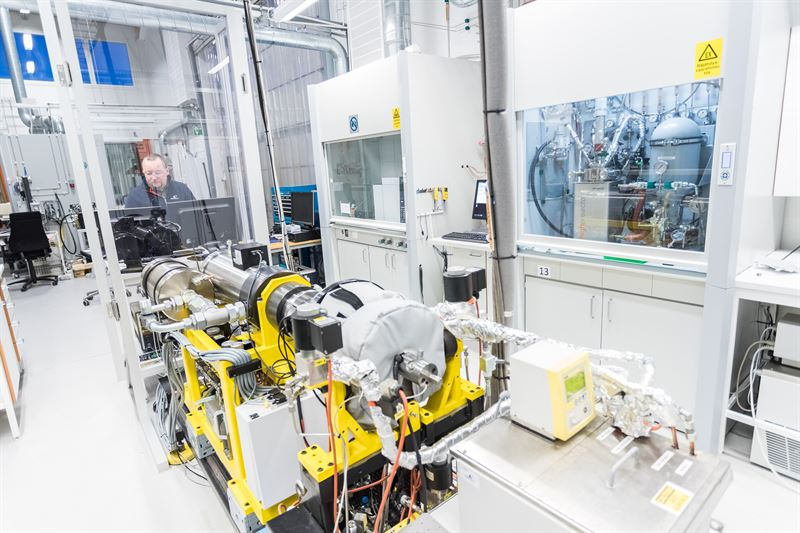 “There are uncertainties around every prospective fuel, including when and where they will be available and at what price. Building fuel flexibility into new vessels – and, where appropriate, retrofitting flexible powerplant in older vessels – offers a hedge against these risks.”

No energy converter is more flexible than the internal combustion engine. With a limited exchange of components, today’s marine engines can burn any of the clean fuels expected to become available over the coming years. Storage, handling and fuel supply can be more complicated given the properties of new fuels, but the challenges are manageable, especially if vessels are built with future conversions in mind.

To power shipping regardless of fuel choices, Wärtsilä is investigating all new fuels – including bio- and synthetic methane, ammonia, methanol, hydrogen and biofuels. Its research draws on the unparalleled experience it has already gained building engines, supply and storage systems for a wide range of fuels including LNG, LPG, biodiesel, methanol and volatile organic compounds. Facing a complex fuel future, Wärtsilä has a simple goal.

“We will continue to be a provider of complete fuel supply and engine solutions for all future fuels. Given the market demand, in the next decade we will commercialise engine technology and fuel gas supply systems that will allow ship owners to be prepared to make use of all fuels currently under discussion. Given the modularity of modern engines this means that, as long as ship owners consider storage requirements, they can already be planning to use new fuels on vessels being built today.” 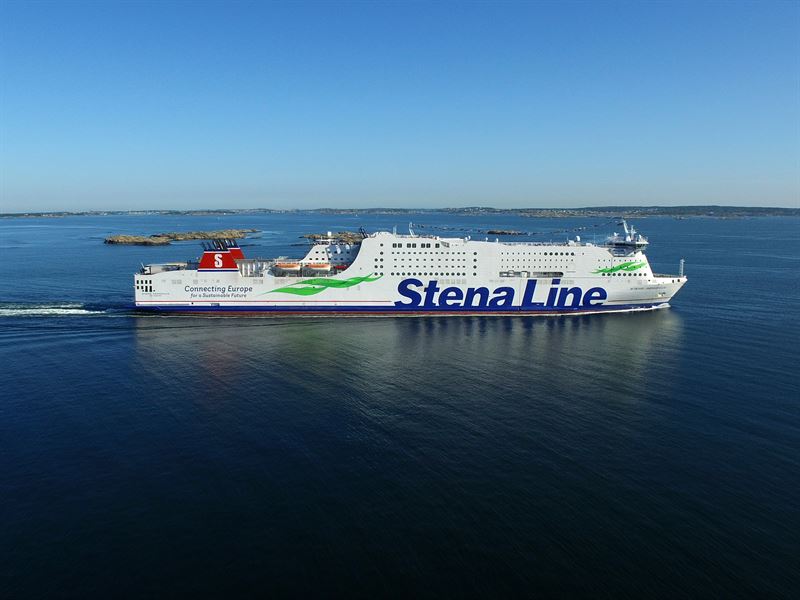 Wärtsilä believes that the transition to clean fuels will be easiest, most cost effective and fastest for those vessels powered by liquefied natural gas (LNG). The development of methane from biomass and synthetic sources means there is a clear pathway to carbon-neutral energy from LNG, which already offers 5-21% greenhouse gas emission reductions compared to heavy fuel oil. Bio- and synthetic LNG can be used initially as drop-in fuels alongside conventional LNG to reduce its fossil carbon content and later, as supply increases, to replace it entirely.

This pathway is both technically and logistically feasible today. Engines and fuel supply systems designed for LNG require no changes to use bio- or synthetic LNG. And as well as being compatible with existing LNG engines, the future carbon-neutral varieties can also be used in the bunkering infrastructure that has already been established for LNG. This offers a dramatic head-start (both in terms of time and financially) compared to other fuels which will need supply infrastructure to be built from scratch.

“There are already vessels running on a mix of bio-LNG and fossil LNG, and small trials are planned using synthetic LNG,” says Wideskog. “The prospect of large-scale supply compares favourably to other clean fuels that may be a decade or more away from commercial availability.” A recent study* suggests that the projected sustainable supply of bio-LNG 2030 and 2050 could cater to the complete energy need of the shipping industry.

One challenge with the LNG pathway is the emission of methane, a potent greenhouse gas, that accompanies the production, supply and incomplete combustion of LNG. This can offset the reduced carbon dioxide emissions of using LNG to a certain extent. But engine developments over the next two to three years will restore the advantage, and the largest source of methane emissions – the production, storage and transport of fossil LNG – will be significantly lower when biomass and synthetic sources emerge. For these reasons, Wärtsilä believes that even with the challenge of methane slip, LNG offers shipping the fastest and most cost-effective route to decarbonisation.

LNG is not the only route to clean shipping. Hydrogen-based fuels will offer a greenhouse gas-free source of energy if they are made using renewable electricity. The two most prominent are methanol and ammonia.

Exploration of ammonia as a fuel is also progressing fast. Some countries are lending strong backing to ammonia as a fuel of the future. It has several advantages over hydrogen: for example, it has a greater energy density and it does not need to be stored under compression or at very low temperatures.

As it is toxic and highly corrosive, ammonia is still challenging to handle, especially for passenger vessels. But Wärtsilä is not starting from scratch. It has designed cargo handling systems capable of handling ammonia for several years, for use on LPG carriers. On the fuel storage and supply side, it is participating in an EU project ShipFC to develop systems that will supply ammonia to fuel cells that will be installed on Eidesvik Offshore’s supply vessel Viking Energy by 2023. The basic concept for fuel supply is similar to that for LNG, and ammonia fuel can be handled in a stainless-steel version of Wärtsilä’s well-established LNGPac fuel gas supply system.

Wärtsilä initiated ammonia combustion tests in March. Based on initial results, the tests will be continued on both dual-fuel and spark-ignited gas engines. These will be followed by field tests in collaboration with ship owners from 2022. Meanwhile, Wärtsilä is working with ship owners, shipbuilders, classification societies and fuel suppliers to learn more about system and safety requirements, as well as fuel composition, emissions and efficiency.

Ammonia has several other properties that require further investigation. It ignites and burns poorly compared to other fuels and combustion could lead to higher NOx emissions unless controlled either by after-treatment or by optimising the engine process. A regulatory framework and class rules will also need to be developed for its use as a marine fuel. 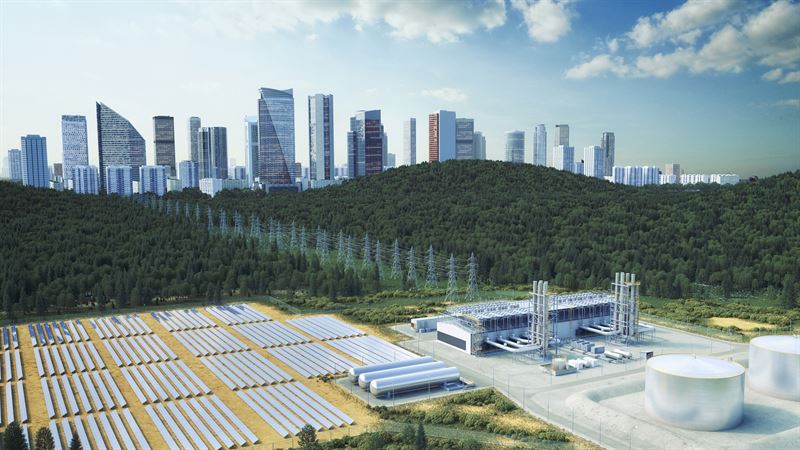 Until now, methanol has not been widely used as a marine fuel. The easily and cheaply produced industrial alcohol is today made predominantly from natural gas, but the use of hydrogen from renewable electricity and recaptured carbon to make green methanol would make it carbon neutral. And with better combustion and easier storage and handling than ammonia, methanol could be a dark horse in shipping’s race towards decarbonisation.

Only a couple of marine engine builders have experience with methanol engines. A project to convert a Wärtsilä Z40 engine on ro-pax vessel Stena Germanica to burn methanol began in 2015. The engine now runs mainly on methanol fuel and the success of the installation has inspired Wärtsilä to look further at the fuel.

“The real benefit of methanol is the ease of storage,” says Wideskog. “For Stena Germanica it was a simple conversion of a ballast water tank. But the engines converted are quite old and we now want to examine the performance of methanol on a more modern engine. In the coming months we will begin testing methanol on our Wärtsilä 32 engine and will be looking at other concepts for burning methanol.”

Fuels derived from biomass have great potential as a carbon-neutral energy source. They can be made in a variety of forms that can be used in both diesel and gas engines, either as a drop-in fuel or on its own. As biofuels can be used in existing engine, fuel supply and storage technology they could offer simple and capital efficient decarbonisation of shipping, depending on the ability to scale up supply at a reasonable price.

Wärtsilä has been continuously experimenting with many different biofuels since the 1990s, and over the past ten years has been developing advanced combustion techniques to further improve efficiency and fuel flexibility. More recently, Wärtsilä worked with bunker supplier Boskalis and biofuels company Goodfuels to develop and test biofuels suitable for use in shipping. Under the partnership, Wärtsilä tested a range of new biofuels starting in late 2015 and by April 2016 had optimised the fuel and engine performance, dramatically reducing particle emissions and eliminating sulphur content. 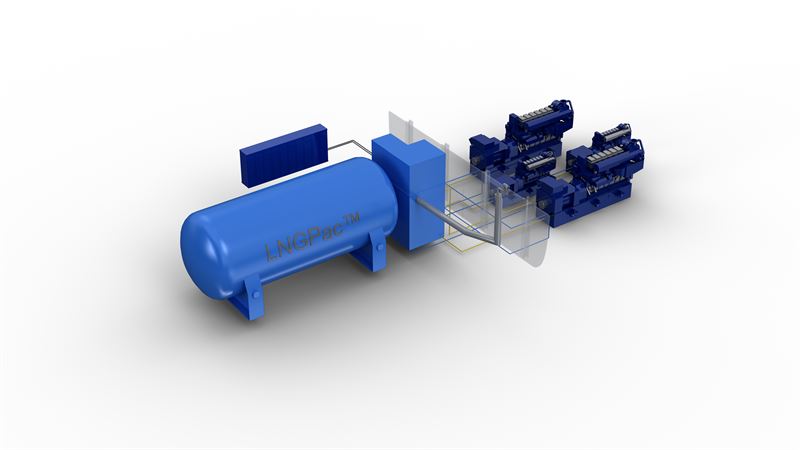 Wärtsilä already has a strong understanding of hydrogen and its dual-fuel engines and spark-ignited gas engines can already run on a fuel mix comprising up to 15-25% hydrogen, highlighting further the flexibility of dual-fuel engines. But the company believes that hydrogen has limited potential as a fuel in shipping.

“Onboard storage in the quantities needed for deep-sea shipping is more feasible for ammonia and methanol than for hydrogen,” says Wideskog. “We see some niche applications for hydrogen as there are some national interests pushing this fuel, and strict local regulations may make it feasible for some short-sea shipping. But the main role of hydrogen in shipping will be as a building block for other fuels.”

Wärtsilä first tried using hydrogen in its gas engines in 2015 and is now continuing development towards a pure hydrogen engine. Following a sprint last year at which Wärtsilä’s experts brainstormed engine concepts, using hydrogen in both Diesel- and Otto-cycle engines. The projects are now being analysed with a view to proceeding to engine tests. But fuel storage and supply remain a challenge for hydrogen due to its low volumetric energy density – liquefied hydrogen has around a third of the energy of LNG per cubic metre, meaning tanks need to be nearly twice the size – as well as its explosive and corrosive nature.

The future of the marine fuel market is far from certain, but investment in ships cannot stop. To manage this risk, it is essential that ship owners prepare to build fuel flexibility into their vessels. The combustion engine is the ideal vehicle to maintain this flexibility, and Wärtsilä’s unprecedented programme of research and development spanning all fuel options underlines Wärtsilä’s unique commitment to the shipping industry.

Mikael Wideskog concludes: “Our aim is to ensure that the global fleet can be powered cleanly and reliably, whichever fuels ultimately help shipping reach its emission ambitions.”