It’s been a busy few days in the S&P market, as more ship owners made moves in the market. Things have been perking up on the newbuilding ordering front as well, but to a lesser degree. In its latest weekly report, shipbroker Banchero Costa said that “in the tanker sector, 4 MRs around 50,000 dwt each were ordered at Yangzijiang from delivery late 2020. On the Dry Bulk side, COSCO Shipping Specialized Carriers ordered further 4 pulp carriers around 62,000 dwt each at Cosco Dalian with expected delivery 2021, while also 6 units of 8,000 dwt were ordered from JSD Group at Wuhu, China with delivery from April 2021, at $ 8 mln each. In the container market, Chinese owners Hunan Ocean Container Lines ordered 2 vessels 653 TEU LNG-Fuelled containerships at Hunan Jinhang SB for delivery 2021, while in the RoRo segment 2 units of 3,800 vehicle pure car carriers have been ordered by The China Merchants Group at CMHI Jiangsu with delivery March and June 2021”, said the shipbroker. 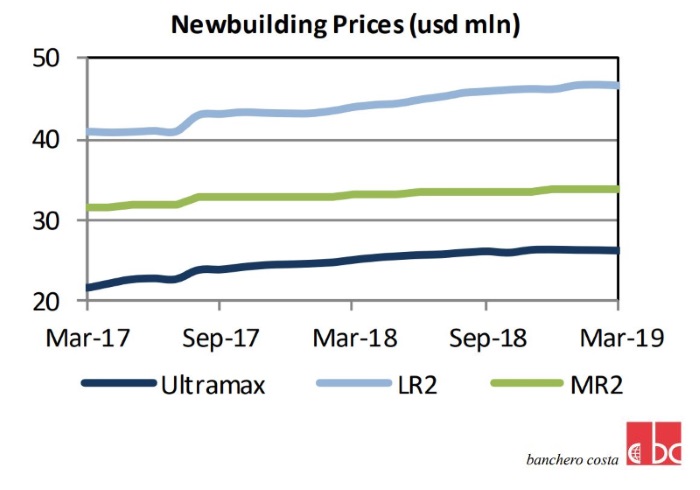 In a separate newbuilding note this week, Clarkson Platou Hellas noted that there was “a number of orders to report this week – starting in Dry, NYK have announced they have contracted one firm 59,900dwt Woodchip carriers at Oshima for delivery in 2021 against employment with Mitsubishi Paper Mills. COSCO Shipping meanwhile have extended their series of pulp carriers at COSCO Dalian adding a further 4 x 62,000dwt carriers also due to deliver in 2021. In Tankers, YZJ have contracted 4 x MR tankers with their sister shipping company Yangzijiang Shipping, these are 50,000dwt IMO III product tankers and the vessels will begin to deliver in 1H 2021. In containers meanwhile, Chinese domestic owner Hunan Ocean Container Lines have ordered a pair of LNGs fueled 653 TEU Container ships at Hunan Jinhang Shipbuilding again scheduled for delivery in 2021”, the shipbroker concluded. 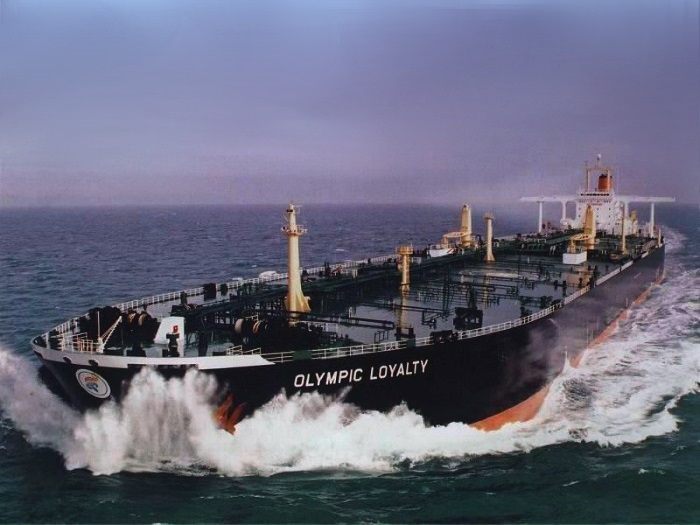 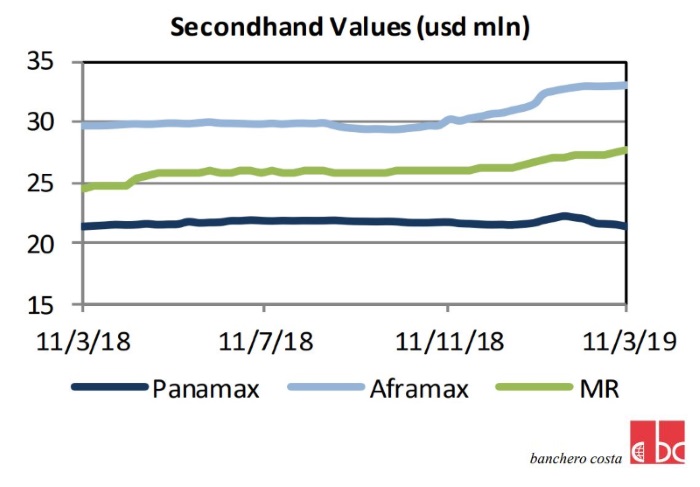