Independent naval architect and marine engineering specialist Foreship reports a growing number of owners are reviewing their decisions on the best way to meet IMO 2020 emissions restrictions. The consultancy says it has seen an unprecedented surge of enquiries on how exhaust gas cleaning systems can be fitted at short notice, following emerging market misgivings over the quality and availability of 0.5 per cent sulphur content fuel oils.

After entry into force of the new rules limiting fuel sulphur content on 1 January, many of the shipowners that implemented scrubbers have reported a relatively smooth transition through IMO 2020 rule changes. Conversely, the higher costs of very low sulphur fuel oils (VLSFOs) have been aggravated by concerns that include an unexpected black carbon emission issue. 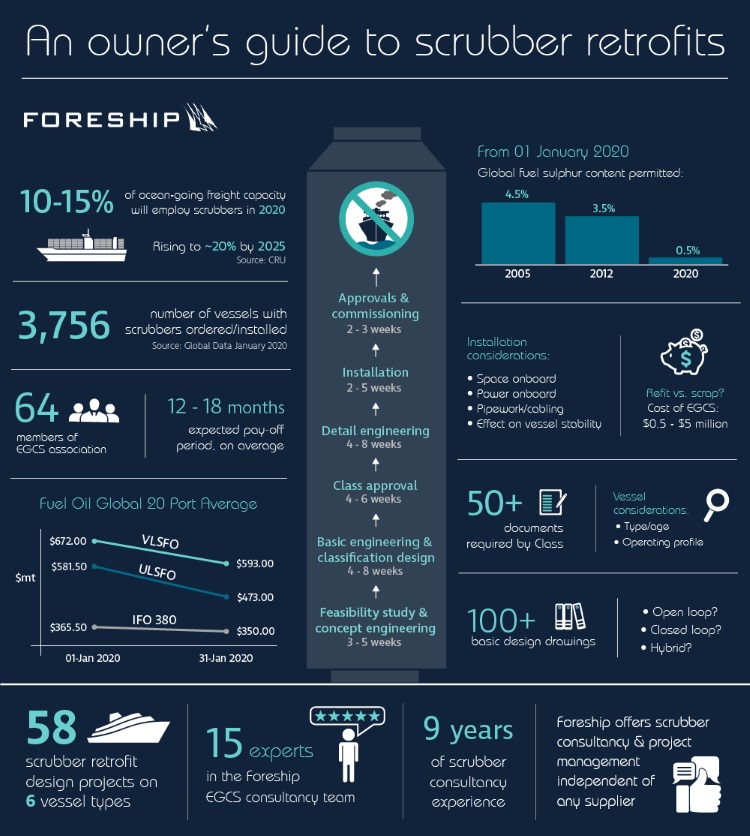 “The realities of IMO 2020 have caught many off guard, with some in the market quickly shifting from contemplating whether a switch to scrubbers was advantageous to considering how soon they can practically do so,” says Foreship EGCS Project Lead Olli Somerkallio. “Uncertainty surrounding low-sulphur fuel oils is causing owners to reconsider whether they made the right choice on scrubbers, with fresh enquiries on equipment evaluation and installation arriving almost daily.”

Latest figures from consultancy CRU indicate that 3,756 vessels have exhaust gas scrubbers either installed or on order. By the end of 2020, up to 15 per cent of ocean-going freight capacity will employ the machinery, with the number now expected to rise to 20 per cent by 2025. 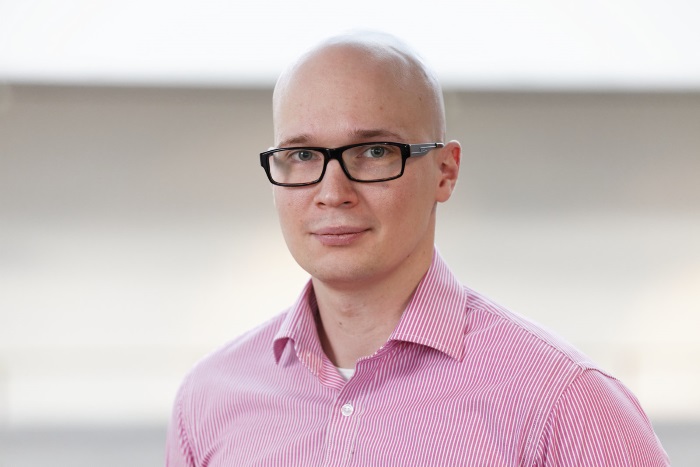 Having built an expert team of 15 engineers specialised in scrubber consultancy over nine years and a 58-ship reference list spanning six vessel types, Somerkallio says Foreship has played its part in bringing scrubber payback times down to 12–18 months. He adds that, in the run up to the 1 January 20-20 deadline, equipment suppliers worked hard to reduce installation times, with a number of ro-ro freight vessel, tanker and bulker projects involving scrubbers installed as pre-outfitted modules to minimize works onboard. Nevertheless, shipowners still need assurance that the systems have been fully evaluated and optimised, whatever the time pressures.

“We understand that this is a difficult moment for ship operators who have followed the rules only to find themselves at a competitive disadvantage,” he says. “While VLSFOs may well be costing more day-to-day, the scrubber is still a multi-million-dollar item whose evaluation, selection and installation will benefit from advice that is independent of the supplier and the shipyard.”
Source: Foreship