Green Award scheme has a new incentive provider: Foru-Solution, a company that offers an efficient and innovative product to clean up oil spills.

Oil spills are a huge concern as they pollute seas damaging sensitive ecosystems. The maritime industry has been attempting to address this issue for years. Green Award has researched it extensively and included preventive measures in its requirements. There are several methods to clean up the spilled oil. Foru-Solution offers effective and modern equipment to combat oil spills. 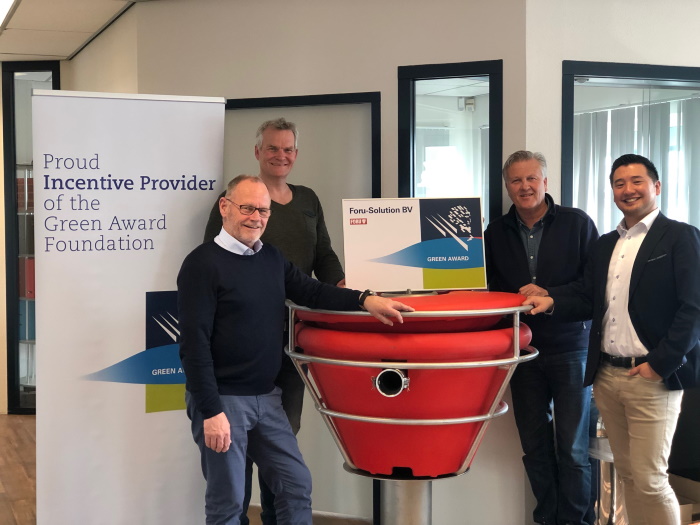 Foru-Solution provides an emergency response equipment to limit the damage from an oil spill to minimal. It is available in 2 sizes FORU 340 (a larger version with higher capacity) and FORU 70 (a smaller version that can be handled by 2 people). These FORU systems can be located at strategic locations such as port areas or alongside inland rivers/waterways, so that the oil recovery can take place very quickly in case of an oil spill, minimising its negative effects. The company is currently investigating possibilities to fit these FORU systems on board seagoing ships in the near future, where skilled crew members could also react promptly to respond to accidental oil spills.

Green Award, as a certification program for ships demonstrating the best quality, safety and environmental performance characteristics, is particularly glad that FORU, which offers solutions to combat oil spills, has joined the program. Green Award is committed to improving safety and environmental impact of shipping and promotes the best practices and efficient safe solutions.

The Green Award program brings socially responsible incentive providers together. Incentive providers amongst which ports and organisations providing services or goods to the maritime industry, attempt to encourage ships and ship managers to strive for excellence. Taking into consideration importance of the environmental protection of the entire waterborne transport chain, Foru-Solution offers incentives not only to Green Award certified seagoing ships, but to all relevant Green Award incentive providers.

HSFO wins second chance in US as a feedstock: sources