FSRUs: Not a passing phase anymore!

Why use an FSRU?

This concept was first brought to life in 2005 due to the need for a fast delivery storage and regasification solution. On top of this, FSRUs were placed only if the country faced certain political and safety/environmental constraints. This helped to solidify FSRUs’ position in the LNG industry, rather than allowing it to remain a short-term solution.

What supports FSRU system is the upfront investment rather than the land-based solutions. Financing is the key to success when comparing to the use of chartered units which will be on OPEX.

When constructing a land-based terminal, there are no charter costs for storage and regasification, as these costs are included in the CAPEX cost of the terminal.

The cost of an engineering, procurement and construction (EPC) project of course depends on many parameters, from send-out capacity and storage size to location and many other factors. Assuming a typical location representing the majority of the FSRUs, e.g. on shore at a jetty head, we can compare the CAPEX and OPEX costs of floating versus land-based LNG terminals.

FSRUs are here to stay and will remain an important part of the overall LNG supply chain. As the demand for LNG gains momentum and countries with the appropriate environment are pressured in the right way to deliver their promise of cleaner energy, the only way forward will be through using FSRUs. The largest global trade flow route continues to be Intra-Pacific trade, a trend which is poised to continue as that basin has the largest gains in both supply and demand when measured by region. Continued growth in Chinese and Indian demand, as well as Australian production, will cement the importance of this trade route. 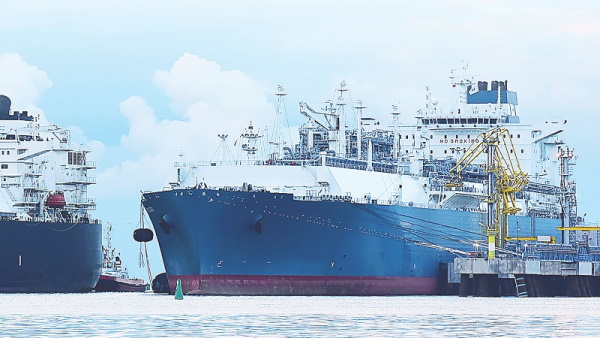 Trade between the Middle East and the Pacific was the second-highest by volume, due to Qatar’s role in supplying Japan and South Korea. Given higher prices in Asian markets during the second half of 2017, much of Qatar’s supply went to the Pacific, which was reflected in the Middle-East to Atlantic trade declining to just 7% of global trade in 2017, which made it the fastest to decline in the 2017 period.

Looking ahead, an important factor from now till 2020 will include the trend of decreasing demand for LNG in traditional import countries such as Japan and South Korea. This is not withstanding continued uncertainty regarding nuclear power generation in both of these countries.

The strong demand for energy in both China and India will also continue to support LNG imports into those markets, especially when additional Pacific Basin production becomes available.
Source: Wilhelmsen Holding ASA

2020-10-19
hellenicshippingnews...
Previous: Shipping with a conscience: The path to sustainable e-commerce
Next: China seen buying more US soybeans amid auction reports: sources