High sulfur fuel oil premiums in Fujairah over Singapore have climbed to a record this month, with more product heading to Asia before the big power demand season in the Middle East when air conditioners are cranked up to beat the summer heat.

Reflecting the tight supply situation in Fujairah on the UAE’s east coast, the spread between the FOB Fujairah and FOB Singapore 380 CST HSFO assessments hit its highest level since the assessment was launched on Oct. 3, 2016, at $17.33/mt on April 9, dropping to $12.91/mt on April 15, S&P Global Platts data showed.

The spread flipped into positive territory March 22, and has gradually climbed since.

“The tighter supply situation at Fujairah is more down to the fact that there is less sanctioned cargo coming in. More of it is going east now,” a Fujairah-based trader said. 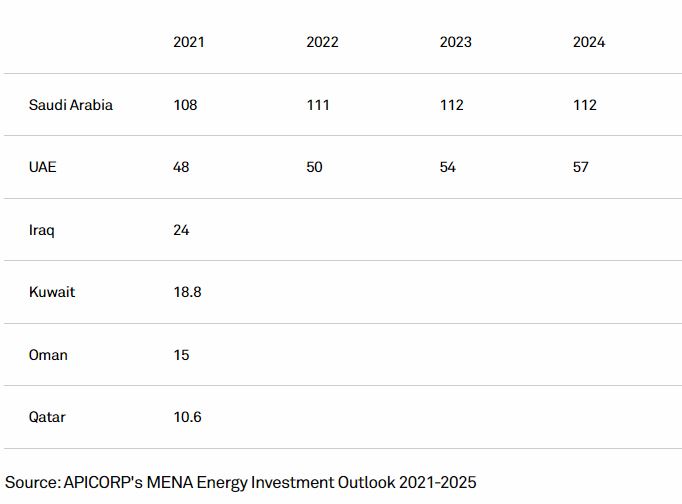 Iran has been able to export crude and other products — even as the US tightened sanctions targeting its oil sector — sometimes in Iraqi waters, and marketed as Iraqi-origin, which led to Iraq’s State Organization for the Marketing of Oil to issue at least three clarifications over the past six months on the specific floating storage vessels the company uses for its crude and fuel oil sales.

The key driver for HSFO demand in Fujairah is from shipowners bringing scrubber-fitted vessels back into operation in anticipation of increased demand, the source said.

When OPEC and its partners abruptly agreed April 1 to loosen their quotas and add more than 2 million b/d into the market by July, Saudi energy minister Prince Abdulaziz bin Salman said Middle Eastern domestic crude consumption should rise with air conditioning demand in the summer, so a chunk of Saudi Arabia’s returned production will not be exported.

Last year, Saudi Arabia’s direct use of crude burned for power generation began climbing month on month in April and peaked for the year in August, according to the Joint Organizations Data Initiative.

“This trend was exacerbated across the region in 2020 as the pandemic forced residents to stay at home rather than travel to cooler climes. Demand recovery in 2021 will be highly dependent on the pace of the vaccine rollout and gradual recovery of the economy with electricity demand expected to recover by an average of 3% to 5% in MENA.”

The GCC countries are Bahrain, Kuwait, Oman, Qatar, Saudi Arabia and the UAE.

In the MENA region, the residential sector represents around 41% of total power demand, followed by the industrial sector at 21%, commercial at 20% and the rest from agriculture and transport, according to APICORP.

While the HSFO supply situation in Fujairah in April remains tight, an increase in HSFO procurement from Kuwait to meet power generation demand over the first half of May will likely not have much impact on the situation going forward, according to regional traders.

Saudi Aramco will be supplying the HSFO to Kuwait, a source at Aramco said, “moving it from Saudi Arabia to Fujairah to blend to the final KPC specification, before shipping it to Kuwait”, the Aramco source said.

Iran-US nuclear talks are set to resume April 15 in Vienna in which the two countries are indirectly negotiating the parameters by which Washington would ease its sanctions in exchange for full compliance with the original nuclear deal.

The sanctions have severely hamstrung Iran’s crude production, which averaged 2.30 million b/d in March, according to the latest Platts survey of OPEC output. That is down from more than 3.8 million b/d prior to the sanctions being re-imposed in 2018 when the US withdrew from the deal.
Source: Platts