FUELSAVE GmbH, a German energy efficiency start up for fuel and emissions reduction, has launched a ground-breaking technology capable of optimising the fuel consumption efficiency of all marine diesel engines.

The technology, proven in both in-the-field and laboratory tests, is offered with a contractually guaranteed 10% saving on overall fuel costs. The technology also significantly reduces CO2, NOx, and Particulate Matter (PM) emissions, through a cleaner and cooler combustion process. 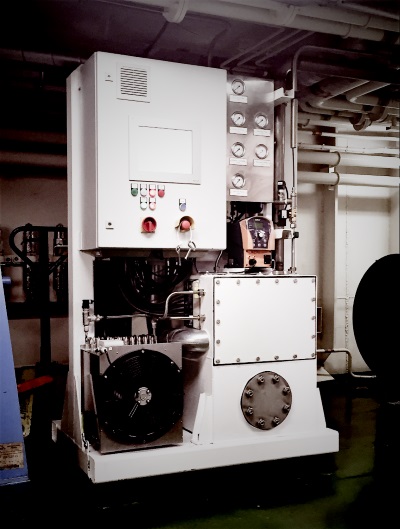 According to Marc Sima, the company’s co-founder and President, FS MARINE+ can be applied to almost all types of two- and four-stroke engines, although those running on HFO, MGO or MDO benefit from the greatest efficiency gains and, consequently, the highest savings and best return on investment (RoI).

Efficiency gains were confirmed during land-based tests carried out by FTVR, the same independent test laboratory at the University of Rostock, Germany used by engine builders to assess their engines’ emissions behaviour.

Even though the test engine operated only one cylinder, the FS MARINE+ system was shown to reduce fuel consumption by up to 11.8%, NOx by up to 36% and Filter Smoke Number (FSN) by 40%. The solution was also shown to reduce the engine’s air intake manifold temperature by 50°C, without detriment to engine operation and performance.

Similar efficiency gains were achieved during pilot trials on the four-stroke onboard a 160m long heavy-lift crane vessel, one of the largest in Europe. During the 30-month trials, overseen and verified by the shipowner, independent third parties, authorities and engine service companies, the introduction of FUELSAVE’s enhancement resulted in significant reductions in fuel consumption and emissions.

Engine wear and tear was also found to have been significantly reduced, compared to those engines that operated without the FS MARINE+ solution. This was due to a cleaner combustion, cleaner cylinder heads, greater cylinder lubrication efficiency and substantially fewer carbon deposits, all of which had a beneficial impact on engine maintenance.

“Results from these trials have verified the performance of FS MARINE+,” said Sima. “Through independent analysis and reports from engine service and maintenance companies, as well as from a university testing institute, we are confident in introducing the product to the maritime market.

“FS MARINE+ has the potential to reduce fuel costs and emissions considerably. This is why we offer a contractual guarantee of a 10% reduction in fuel consumption. Our pricing model provides a return on investment of just three years within a five-year standard warranty period, extendable for 15 years to further maximize the RoI.” 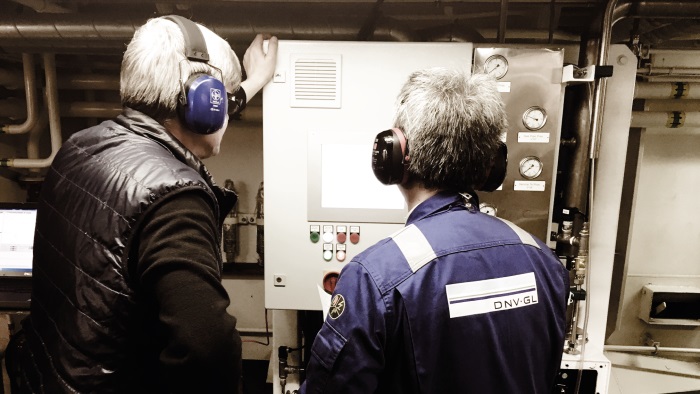 The technology, approved by DNV GL, can be retrofitted to any vessel, runs completely autonomously and without the need for any special training. It allows operators of older tonnage to achieve IMO Tier I and Tier II compliance and can be used on IMO Tier III engines for even greater fuel efficiencies. This is because the emissions are controlled through the exhaust after-treatment system of a Tier III compliant vessel.

FUELSAVE plans to roll out further systems over the next two years, by which time the company hopes FS MARINE+ will be fully recognised in the market and approved by all the main marine engine builders.

“We aim to establish FS MARINE+ as the industry standard for fuel efficiency across the maritime industry, not only capable of protecting the environment but increasing the profitability of ship operators,” said Sima.

FUELSAVE has already been approached by shipyards and engine manufacturers interested in validating the technology and incorporating the FS MARINE+ solution in their engine products so that their customers can gain a competitive advantage.
Source: FS MARINE+