The first-ever ship-to-ship (STS) transfer of liquefied natural gas (LNG) in Greek territorial waters has been successfully completed with the support of GAC Greece’s shipping and project logistics teams.

To support the historic transfer of fuel, GAC Greece acted as the official husbandry agent for GasLog Athens, as well as the charterers’ agent for Arctic Princess and her cargo. In addition, the office’s Project Logistics Department imported six special fenders from China and the United Kingdom, as well as organising land and sea transportation, storage and warehousing, their inflation, mobilisation, fitting, demobilisation and their safe return.

The installation of the new FSU was implemented in record time, following close coordination between DESFA and the Hellenic Ministry of Environment and Energy, the Ministry of Maritime Affairs & Insular Policy and the Regulatory Authority for Energy. 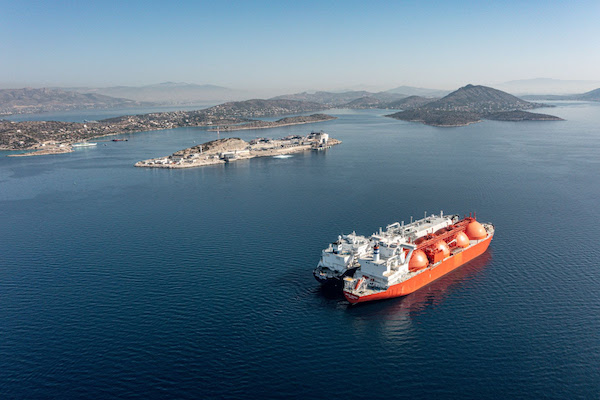 In a statement, DESFA Chief Executive Officer Maria Rita Galli said the start of the FSU’s operation in Revithoussa was the result of exemplary cooperation, under pressure, by all involved: “We are satisfied that through our high technical expertise and our network, we are contributing significantly with yet another infrastructure to ensuring the country’s security of natural gas supply for the coming winter while, at the same time, we are further strengthening the strategic role that the LNG Terminal of Revithoussa plays in the wider region of Southeast Europe.”

George P. Fragos, GAC Greece’s Shipping Operations Manager, says: “It was a major milestone for GAC to play a role in the first-ever LNG STS transfer in Greek waters. Everything went smoothly, and we are looking forward to supporting similar operations with our blend of shipping and logistics services in the future.”

“Arrangements for the fenders were meticulously planned and executed in strict compliance with all safety and security measures,” adds Socrates Zorbas, GAC Greece’s Project Logistics and Assistant General Manager.

The addition of FSU GasLog Athens at Pachi is one of the steps being taken to shore up Greece’s LNG supply and improve its local energy security. A number of strategic measures have already been implemented to ensure electricity demand is met this winter, including encouraging Greek residents to reduce electricity consumption during peak hours and introducing local subsidies.
Source: GAC Group