GC Rieber Shipping (RISH) has agreed with Nexans Skagerrak AS, a wholly owned subsidiary of Nexans Norway AS, to enter into a ship management agreement for the cable laying vessel Nexans Skagerrak. The agreement also includes management of the Nexans’ state of the art cable laying vessel Nexans Aurora once it gets delivered from Ulstein yard in 2021.

The agreement is expected to be executed in Q3 2019 and hand over of the vessel to RISH to take place in September 2019.

The addition of these two vessels grows RISH fleet of specialised vessels, managed on behalf of third-party owners, from six to eight. These come in addition to the RISH owned fleet. 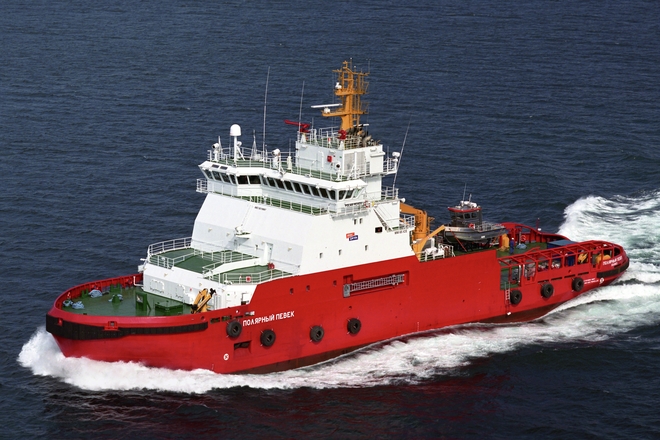 In addition to the ship management agreement, RISH and Nexans have agreed to an extension of ongoing charter of CSV Polar King by up to two months. The vessel has been on charter with Nexans since January 2017 and were originally set to come off chart in August, the charter will now continue until medio October.

“We are proud, that we through the Polar King charter and our close operational relationship, have been selected as ship management provider for Nexans Norway’s highly advanced cable laying vessels. We look forward in developing our partnership and servicing Nexans in the coming years” said GC Rieber Shipping CCO, Christoffer Knudsen in a statement.

GC Rieber Shipping CEO, Einar Ytredal commented: “GC Rieber Shipping has a long history being entrusted with management of advanced vessels from other owners. We look forward to expanding our third-party fleet by servicing Nexans as we now broaden the scopes of our partnership.”
Source: GC Rieber Shipping