Genco Shipping & Trading Limited announced that it has entered into an agreement to acquire two 2016 South Korean built 180,000 dwt Capesize vessels for an en bloc purchase price of approximately $98 million.

The agreement to purchase these two high specification, fuel efficient Capesize vessels follows Genco’s previously announced agreements to purchase two 2015-built 180,000 dwt Capesize vessels, one 2016-built 60,000 dwt Ultramax vessel and one 2014-built 61,000 dwt Ultramax vessel. Genco intends to fund the acquisition of these fuel-efficient vessels with a new credit facility, as described below, and cash on hand. All six vessels are expected to deliver to Genco in the third quarter of 2018. 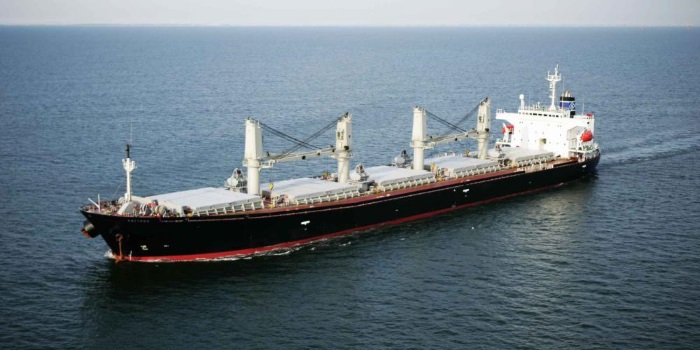 Genco also announced that it received a commitment for a five-year senior secured credit facility (the “New Credit Facility”) to be led by Crédit Agricole Corporate & Investment Bank with an estimated aggregate principal amount of approximately $107 million. Under the terms of the New Credit Facility, borrowings are to bear interest at LIBOR plus 250 basis points through September 30, 2019 and LIBOR plus a range of 225 to 275 basis points thereafter, dependent upon Genco’s ratio of total net indebtedness to the last twelve months EBITDA.

John C. Wobensmith, Chief Executive Officer, commented, “Following our success in transforming Genco’s commercial platform, we have taken another important step in implementing our strategy of positioning Genco to more fully capitalize on the favorable drybulk fundamentals. Our ability to access the capital markets and commercial bank financing highlights our industry leadership and has enabled us to enter into attractive vessel acquisitions and benefit from an improving drybulk market. Building on our successful capital raise and the closing of our $460 million credit facility, we are pleased to have a commitment for a new facility with attractive pricing and a favorable amortization profile.”

Mr. Wobensmith continued, “We expect our pending acquisitions of a total of six modern, fuel efficient vessels to increase our earnings power during a time when the drybulk vessel supply growth rate remains near multi-decade lows and the global demand for iron, coal and other drybulk commodities is strong.”

Genco also announced today that it has entered into agreements for the sale of two of its older Handysize vessels, the Genco Explorer and the Genco Progress, as part of its fleet renewal program. The aggregate sale price for the two vessels is approximately $11.2 million. The sale is subject to customary conditions.
Source: Genco Shipping & Trading Limited