Giampiero Soncini returns to the helm of the IT marine

Giampiero Soncini, former officer of the Italian Navy, a ship manager under NATO and considered one of the world’s leading experts in the IT sector dedicated to maritime activities, returns to the bridge, his appointment as MD of Oceanly being announced on Friday last week. Oceanly is the newco established last December by Esa Group, after finalizing the acquisition from the Norwegian Arribatec of the business unit, formerly of IB srl, which develops and supports “Performance”, a software dedicated to the monitoring of ship performance and the control of related emissions.

In order to fuel the growth of the company, Oceanly will have two MDs; alongside Soncini, who will mainly deal with the commercial and technological development linked to the Performance product, remains Gian Enzo Duci. 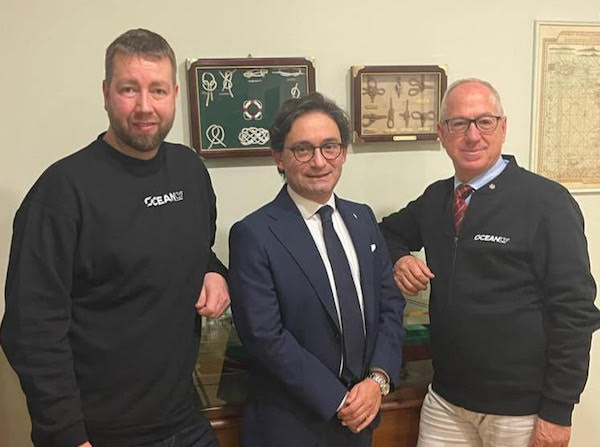 At the same time, Frederik Learche-Tornoe was called to fill the role of general manager. With a long experience as Chief Engineer and First officer in Maersk Tankers, he had already been with Soncini for a few years in ShipNet (the company acquired by Soncini when he was working with Volaris, the owners of SpecTec) and in IB.

Oceanly, whose main customers include the MSC Cruises group, made its debut this month by winning a first large contract for the supply of the system to 19 LNG Tankers. Oceanly teams are located in Italy, in Genova and Rapallo, in Denmark and Norway.

“What was my dream since 2007, that of monitoring all the performances of a vessel thus determining action based on analysis of data received, is now very possible, and very affordable. Software such as Performance – Giampiero Soncini stated -not only allows full compliance with the latest environmental rules, but monitors every aspect of the vessel, from navigation to propulsion to engine status, creating strong avenues not only to save money, but to increase safety and security. Performance is a real game changer and will become absolutely ubiquitous on all ships in the next 20 years”

“ESA has invested with other partners – Gian Enzo Duci undelined – in Oceanly because we believe in the vision expressed by Soncini. Actually, this acquisition is a further step of several actions ESA took lately, aimed at providing our customers with support over their digitalization processes. To go digital today is a must, as otherwise it is simply impossible to comply with all the environmental rules which become compulsory this year. But it also makes sense, given the potential savings that a software such as Performance can give, for instance in fuel consumption control, engine management and in moving from Planned Maintenance, which is now an obsolete methodology, to Condition Based Maintenance, which aside being more effective, it is cheaper”.
Source: IT Marine