With coal coming back into the foray as a major energy source, it’s worth taking a look at the state of major coal exporters and the seaborne market for coal in general. In its latest weekly report, shipbroker Banchero Costa said that “following a disastrous 2020, with the world hit by lockdowns and recession pretty much everywhere, global seaborne coal trade managed to rebound to some extent in 2021. In the full 12 months of 2021, global seaborne coal exports increased by +4.4% y-o-y to 1147 mln tonnes, from 1099 mln tonnes in 2020, according to vessels tracking data from Refinitiv. This was still well below the levels we had in pre-Covid times, being -10.1% down from the 1276 mln tonnes shipped during 2019. At the start of 2022, however, global coal trade declined again. 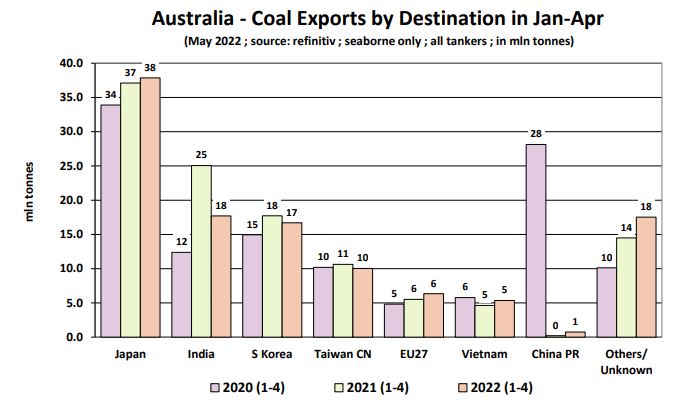 “Australia is still very much the top exporter of coal worldwide, with 31.9% of global seaborne coal exports this year, ahead of Indonesia’s 27.5% share. The main coal export terminals in Australia are Newcastle (158.0 mln tonnes loaded in Jan-Dec 2021), Hay Point (94.3 mln), Gladstone (64.8 mln), Abbot Point (28.7 mln), and Port Kembla (7.4 mln). Coal shipments from Australia have drastically affected in recent years by the country being backlisted by Mainland China, previously Australia’s largest customer. That said, Australian exporters have been relatively successful in finding new markets limiting the impact on overall volumes. In the 12 months of 2020, Australian coal exports fell sharply by -7.8% yo-y to 357.7 mln tonnes, from 388.0 mln tonnes in 2019”, said the shipbroker. 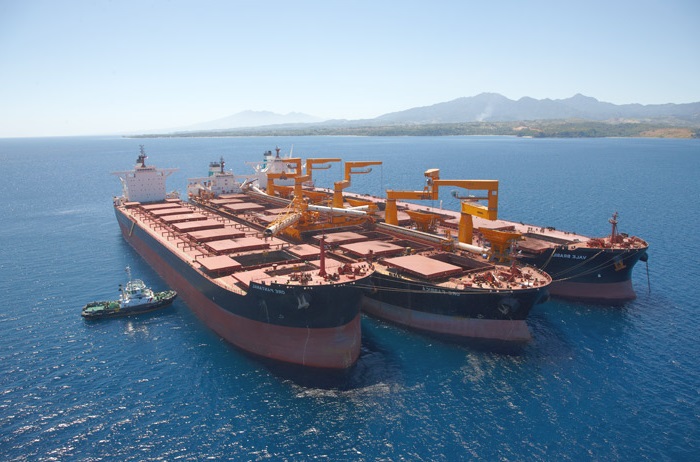 “However this was very much in line with the overall Covid-influenced collapse of the global coal market, in a year when Indonesian exports plunged by as much as -19.7% y-o-y. In 2021, Australia failed to make progress, with exports pretty much flat on 2020 levels, even though shipments from other rival exporters rebounded strongly. In the 12 months of 2021, shipments from Australia were up by only +0.1% y-o-y, at 358.2 mln tonnes. For comparison, the year 2021 saw a +3.5% y-o-y increase in Indonesian exports, a +9.6% y-o-y increase in volumes from Russia, and a +11.6% y-o-y jump from Colombia. The first part of 2022 was again negative, with volumes from Australia declining by -2.7% y-o-y in the first 4 months to 112.2 mln t. However, this somehow still looks positive given the already mentioned difficulties reported by Indonesia and Russia”, Banchero Costa mentioned. 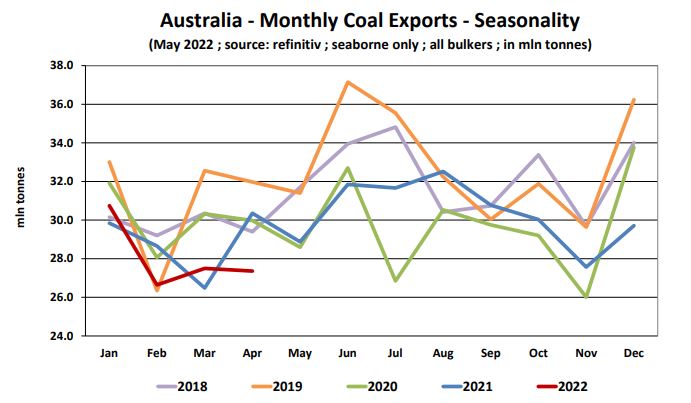