Global Ship Lease, Inc. (NYSE:GSL) (the “Company”) today announced that it intends to solicit consents from holders of its 9.875% First Priority Secured Notes due 2022 (the “Notes”) to approve amendments (the “Proposed Amendments”) to the indenture governing the Notes (the “Indenture”) immediately following the consummation of its annual mandatory offer, announced on November 9, 2018, to purchase up to $20.0 million of the Notes (the “Annual Mandatory Offer”), which is expected to be December 12, 2018.

The Proposed Amendments would amend the Indenture to bring forward the date beginning on which the Company is permitted to pay dividends to common shareholders in an aggregate amount per year equal to 50% of the consolidated net profit after taxes of the Company for the preceding financial year to January 1, 2020 (rather than January 1, 2021), and include an acknowledgement by holders of the Notes that the transactions (the “Poseidon Transactions”) contemplated by the Agreement and Plan of Merger dated October 29, 2018 by and among the Company, Poseidon Containers Holdings LLC, K&T Marine LLC and the other parties thereto do not constitute a Change of Control (as defined in the Indenture) under the Indenture. 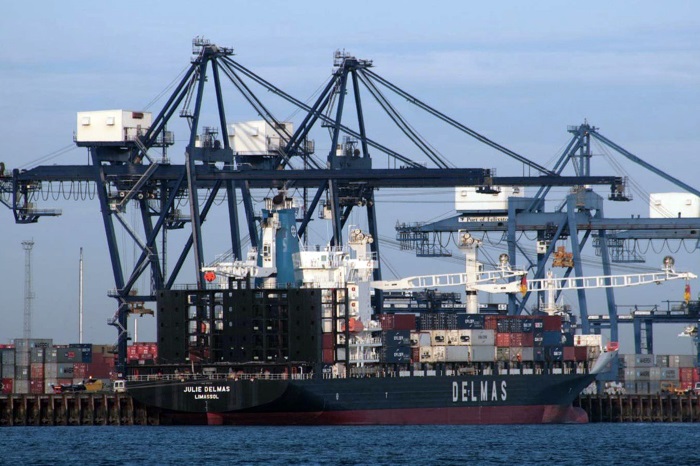 In addition, the Proposed Amendments amend certain other provisions of the Indenture for the benefit of the holders of the Notes. These include, among other things:

The Proposed Amendments contribute to the integration of the legacy Global Ship Lease entities and the new Poseidon entities and facilitate the unlocking of the growth potential of the Poseidon Transactions for the benefit of all of the Company’s stakeholders while at the same time reinforcing its support of, and active engagement with, holders of the Notes.

Adoption of the Proposed Amendments will require the consent of the holders of at least a majority of the aggregate principal amount of all outstanding Notes (such consent, the “Requisite Consents”). As of December 6, 2018, the aggregate outstanding principal amount of the Notes was $360,000,000, which amount may be reduced following the consummation of the Annual Mandatory Offer. As of the same date, the Company reached an agreement with beneficial owners of approximately $164.2 million of the principal amount of the Notes, representing approximately 46% of the outstanding Notes, with respect to the terms of the consent solicitation described herein, including the Proposed Amendments, pursuant to which such holders have agreed to consent with respect to all of their Notes and the Company has agreed to launch the consent solicitation.

The Company anticipates that, promptly after receipt of the Requisite Consents at or prior to 11:59 p.m., New York City time, on December 18, 2018, unless extended by the Company in its sole discretion (the “Expiration Time”) as set forth in the Consent Solicitation Statement relating to the consent solicitation (the “Consent Solicitation Statement”), the Company will give notice to Citibank, N.A., London Branch, as trustee and security agent (the “Trustee”), that the Requisite Consents have been obtained and the Company, the Guarantors and the Trustee will execute and deliver a supplemental indenture with respect to the Indenture (the “Supplemental Indenture” and such time, the “Effective Time”). Pursuant to the terms of the Supplemental Indenture, the Proposed Amendments will become effective at the Effective Time, with retroactive effect as of the date of completion of the Poseidon Transactions, and shall thereafter bind every holder of Notes. Although the Supplemental Indenture will become effective upon execution by the Company, the Guarantors and the Trustee, the Proposed Amendments will not become operative and will have no effect until and unless the payment to consenting holders described above is made in accordance with the terms and conditions set forth in the Consent Solicitation Statement.

2018-12-07
hellenicshippingnews..
Previous: Iran does not control the Strait of Hormuz: US
Next: Fed’s Brainard Sees Reasons for Economic Optimism but Flags New ‘Crosscurrents’