Total operating revenues including the Partnership’s effective share of operating revenues from FLNG Hilli Episeyo decreased from $106.0 million in 4Q to $95.9 million in 1Q. Of the $10.1 million decrease, $9.3 million is related to a reduction in revenue recognized in respect of the FSRU Golar Igloo as a result of its scheduled winter downtime. Utilization of the LNG carrier Golar Mazo also fell from 100% in 4Q to 56% in 1Q. Together with lower charter rates, this contributed to a $1.9 million reduction in revenues from this vessel. Two fewer days in the quarter also negatively impacted revenue. Mitigating these reductions was $2.0 million of commissioning hire billed from January 11 in respect of the FSRU Golar Freeze and an additional $1.4 million of revenue in respect of Methane Princess which was on hire throughout the quarter, having spent 20 days of 4Q in scheduled drydock.

Voyage and commission expenses decreased by $1.7 million, $1.9 million of which is attributable to reduced bunker consumption from the Golar Freeze which repositioned from Dubai to Jamaica during 4Q. Partly offsetting this was additional bunker consumption incurred by the Golar Mazo during idle waiting time and by FSRU Golar Igloo during its 5-year scheduled drydock. 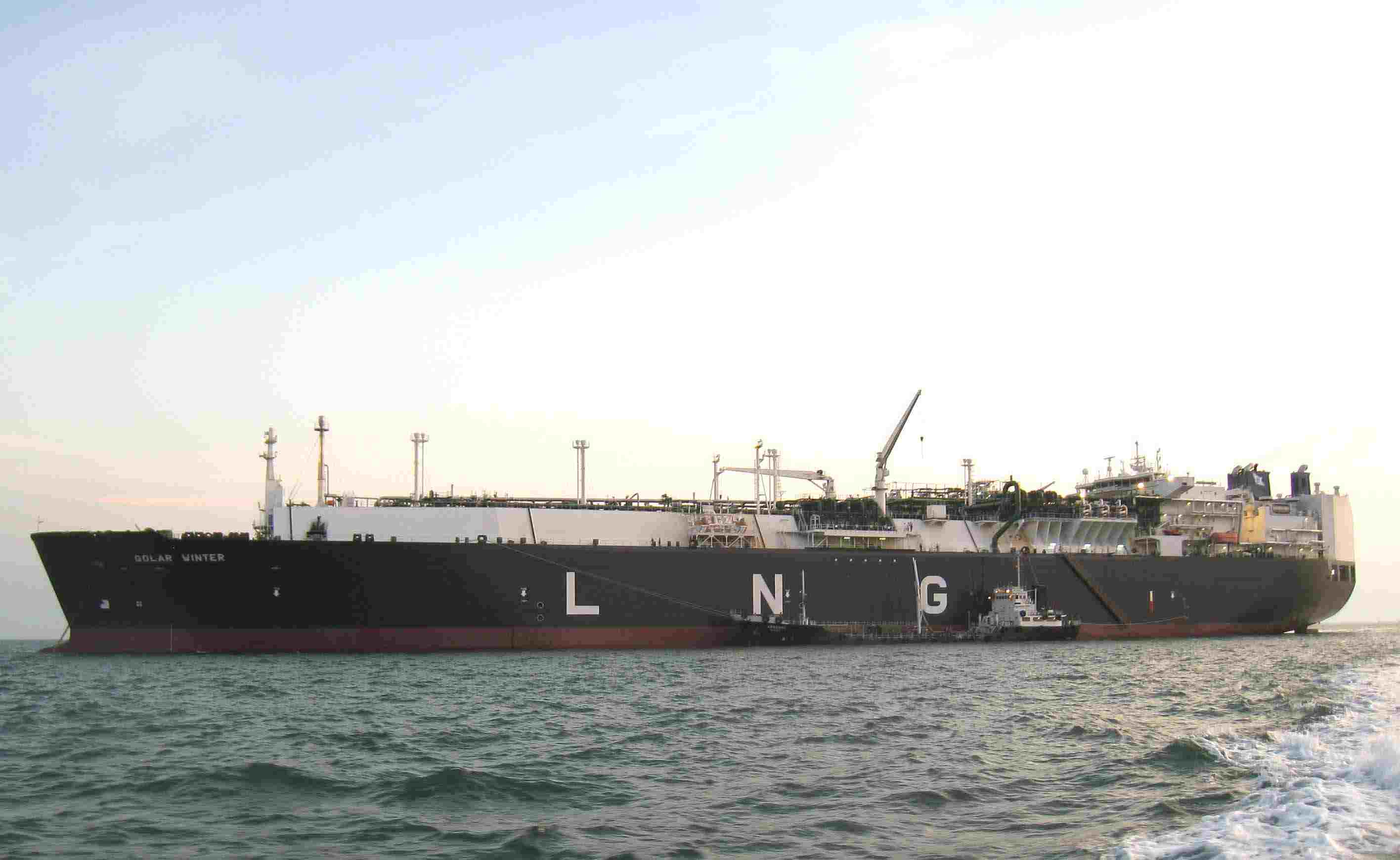 Both interest income and interest expense were in line with 4Q.

China’s decision to pull LNG purchases forward into 4Q18 to avoid gas shortages together with a mild winter in Asia resulted in elevated LNG inventory levels in key Asian markets into 1Q19. Together with the ramping up of new LNG supply, this suppressed global LNG prices which reached 3-year lows, and eliminated inter-basin trading opportunities. At quarter end, LNG was trading at around 6% of Brent oil, well below energy parity. In the absence of trading opportunities, a smaller proportion of US volumes ended up in Asia and Yamal volumes stayed in Europe. Ton-miles and rates fell as a result. The decline in vessel rates that began in December 2018 therefore continued throughout 1Q, with spot steam turbine vessel rates reaching $24,000 by the end of March.

Low LNG prices have once again made coal-to-gas switching economically attractive with prices appearing to find solid support in the low-to-mid $4/mmbtu range. Shipping rates achieved so far in 2Q 2019 have been weaker than 1Q however near-term sentiment is improving and rates and activity have commenced their seasonal recovery. The strong contango in the gas market with forward prices of $9/mmbtu being quoted for December also supports a strong shipping recovery. 2019 vessel demand growth of 15% is expected against supply growth of 9%. Further vessel demand growth of 14% is expected in 2020 with supply growth again lagging at 9%. Leading brokers continue to forecast a 10+ vessel shortfall at the end of 2019, increasing to more than 20 at the end of 2020. Rates are expected to reflect this from 2H 2019 and remain strong for the next two years. This has resulted in a significant increase in requests for medium to long-term coverage from charterers.

Charterers of the carrier Golar Grand exercised the first of their one-year extension options. The option rate between May 2019 and May 2020 will represent a material improvement on the initial 2-year rate. Offsetting this will be more volatile near-term earnings in respect of carriers Golar Maria and Golar Mazo. Golar Maria completed her charter in early May and is now employed on a short-term voyage charter. Golar Mazo, which completed a voyage charter during the quarter subsequent to its multi-month employment, is now in commercial waiting time.

FSRU Golar Freeze arrived offshore Jamaica on December 11. Commissioning hire accrued from 11 January and hire at the full FSRU rate under its new 15-year charter commenced in April, coinciding with the end of charterhire receipts in respect of the vessel’s prior contract.

The FSRU Golar Igloo completed its scheduled 5-year drydock during the Kuwait winter downtime period ahead of commencing its 6th annual regas season on February 25. The vessel will remain in service until December 31. Charterers, KNPC, have previously indicated that further contract extensions will be subject to a competitive bidding process and as such, the Partnership looks forward to bidding for a further contract extension later in the year.

FSRU Golar Igloo used the scheduled winter downtime period to complete its 5-year scheduled drydock. Modifications were also initiated to increase the nameplate capacity of the FSRU from 750MMscf/day to 900MMscf/day with additional redundancy that will allow over 1bcf/day. These will be completed in early 2020. Six days of off-hire was also incurred during 1Q in respect of the Golar Maria for a scheduled interim survey.

The only outstanding drydock scheduled for 2019 is for Golar Mazo. In addition to routine drydock works, certain modifications that would make the vessel compatible with more terminals are being considered.

In line with 4Q, fleet utilization of 86% was recorded for 1Q.

As of March 31, 2019 Golar Partners had cash and cash equivalents of $74.4 million. Including the Partnership’s $447 million share of debt in respect of FLNG Hilli Episeyo, total Adjusted Net Debt1 as at March 31, 2019 was $1,588.2 million. 1Q 2019 EBITDA1, including $19.6 million in respect of FLNG Hilli Episeyo, amounts to $67.0 million. Based on the above Adjusted Net Debt1 amount and annualized1 1Q 2019 EBITDA1, Golar Partners’ Adjusted Net Debt1 to EBITDA1 ratio was 5.9. As of March 31, 2019, Golar Partners had interest rate swaps with a notional outstanding value of approximately $1,763 million (including swaps with a notional value of $400.0 million in connection with the Partnership’s bonds and $447 million in respect of Hilli Episeyo) representing approximately 103% of total debt and capital lease obligations, including assumed debt in respect of Hilli Episeyo, net of long-term restricted cash.

The average fixed interest rate of swaps related to bank debt, including the Partnership’s effective share in respect of Hilli Episeyo is approximately 2.2% with an average remaining period to maturity of approximately 4.4 years as of March 31, 2019.

Corporate and Other Matters

Distribution coverage1 for 1Q each year is typically low as a result of the scheduled Golar Igloo winter downtime. Despite more volatile near-term earnings in respect of carriers Golar Maria and Golar Mazo, a full quarter’s contribution to EBITDA1 from both FSRU Golar Igloo and FSRU Golar Freeze is expected to result in solid improvements to both 2Q distribution coverage and the Adjusted Net Debt1 to EBITDA1 ratio. Golar Partners’ May 2020 maturing $150 million bond continues to trade at close to par. Subject to market conditions it is the Partnership’s ambition to refinance this before the debt is reported as current. With a view to reducing the amount of refinancing required in 2021, work to extend some of the 2021 maturing debt has also been initiated.

FSRU Golar Freeze is now earning revenue at an FSRU rate, initially expected to generate annual EBITDA1 of approximately $18 million. The Partnership is confident that the charterer will secure additional customers in the region over time that will utilize additional regas capacity that will in turn allow the FSRU to command a higher daily rate. Modification works initiated in 1Q to increase the regas capacity of the FSRU Golar Igloo to meet increasing peak demand in Kuwait are scheduled to complete during the next winter downtime period. The Partnership believes that this investment will place it in a strong position to bid for further contract extensions with KNPC.

From April the world’s third largest market for LNG, Korea, has lowered import taxes on LNG used for power production by 75% whilst simultaneously increasing taxes on thermal coal by 28%. The level of interest in new LNG offtake agreements despite current low prices also demonstrates the confidence in gas as a transition fuel that will replace more polluting fuels including coal, diesel and heavy fuel oil. New LNG infrastructure including floating liquefaction, FSRUs and shipping will therefore be in high demand over the years ahead. Golar, having carved out a unique niche within the FLNG and LNG to power sectors is well placed to add additional 20+ year contracts to those it already has. Although these represent ideal candidates for dropdown to an MLP, it remains the case that even with a balanced capital structure the Partnership will continue to depend on a stronger equity currency for such acquisitions to be accretive.

Organic growth is however possible. Golar Power is making good progress on a number of Brazilian projects, one of which could potentially utilize the Golar Spirit. Golar Power and the Partnership will work to jointly develop projects that require an FSRU currently owned by the Partnership. The Partnership’s current distribution level assumes no contribution from this laid up FSRU. Golar is also in discussions with field operator Perenco with respect to the logistics and timing of increasing both utilization and potentially materially increasing the overall duration of FLNG Hilli Episeyo’s contract term. The contemplated increase in term would materially benefit the Partnership. In the event that both trains are fully utilized without accelerating production of the existing resource, Golar Partners will also receive 5% of any additional earnings, reducing to 2.5% of additional earnings in the event that only train 3 is contracted. Growth of the Partnership is not therefore dependent on acquisitions alone.