Good news as number of crew repatriated to Philippines increases

With reports of exhaustion and burn out among the many seafarers trapped at sea, some heartening news has emerged from Manila this week.

Sharp Crew Management reports it has taken part in the successful repatriation of more than 8,000 cruise industry crew members from throughout the world.

Roger Storey, MD of Sharp Crew Management, Singapore, reports: “Over the past seven weeks we have repatriated more than 8,000 crew from Norwegian Cruise Line, Oceania Cruises and Regent Seven Seas Cruises – thanks to the provision of 13 full charter flights and two commercial flights. Needless to say, this mass repatriation has not been an easy task to accomplish!”

The company advises that two further charter flights from the USA have been approved but, as a result of this week’s closure of the main airport in Manila, these have now been put on hold. Mr Storey added: “We expect to be able to bring in these flights around the middle of this month, which should bring our total repatriated crew to around 9,000.”

The latest Seafarers Happiness Index, conducted by the Mission to Seafarers, states: “Seafarers reported feeling that not enough is being done to ensure the safety of those on board. They reported feeling physically exhausted, mentally disturbed, homesick and anxious”. 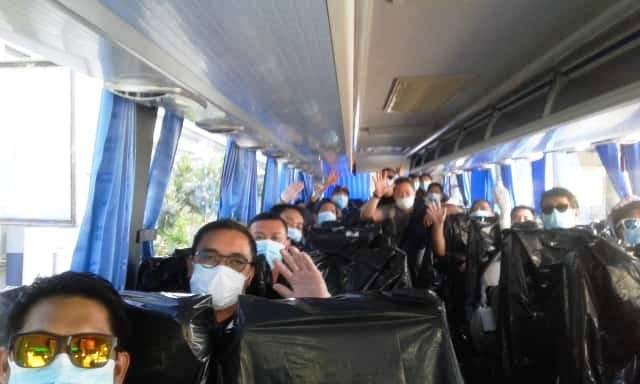 Repatriated seafarers travel to begin their compulsory quarantine in Manila.

Singapore and Manila-based Sharp, which specialises in providing crew members to the international shipping market, has been putting all its efforts into crew repatriation – particularly difficult especially with quarantines and fast-changing protocols to be observed, as Mr Storey explained:

“The first challenge we encountered was to find hotel rooms for arriving crew as, at that time, pretty much every hotel in the Metro Manila area had been closed down as a result of the lockdown. With great assistance from the Department of Health (DoH) and Bureau of Quarantine (BoQ) we were able to secure several hotels early on and have been able to hold on to them. Out of the 8,000 repatriated crew, almost 6,000 of them have now been able to proceed home after completing their 14-day quarantine – some then needed to undertake another 14-day community quarantine, but most were able to carry out a 14-day self-quarantine at home.”

Unfortunately the story doesn’t end there for some seafarers. Mr Storey continued: “At present we have almost 2,000 crew from Visayas and Mindanao who are stranded in Manila, unable to get to their provinces. The Philippines’ Maritime Industry Authority (MARINA) and Overseas Workers Welfare Administration (OWWA) had organised for ferries to take them to Cebu, IloIlo, Bacolod and other places in the south but unfortunately this has not been successful and is now suspended indefinitely. The reason for closing the airport for a week is to be able to schedule sweeper flights to enable these stranded crew members to leave Manila.” 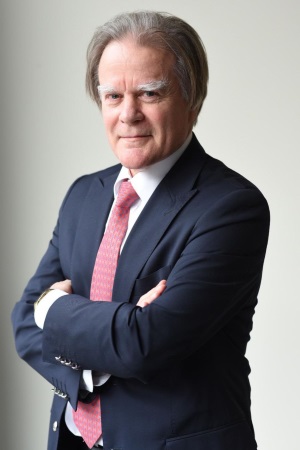 Praising those involved in the repatriation efforts, Mr Storey said: “While bringing home this many crew has been a huge challenge, with a great team and good cooperation with DoH and BoQ, we have been able to fulfill our obligations to the Principals and the crew!

Looking ahead, the procedure may now speed up as guidelines for crew repatriation in the Philippines have now been amended to require all crew to undergo RT-PCR swab testing on arrival. Those who test negative will be able to forgo the 14-day quarantine in Manila and can proceed home for either community or home quarantine.

Mr Storey added: “We still have a lot of work to do. Our first order of business is to update our database, making sure all those repatriated crew are signed off on the correct date – a process which I expect will take us up to three weeks. Then we will have to check each file to ensure all their documents are up to date, identify any which need to be renewed, and establish any training requirements. Given that most Government offices, as well as training centres, are presently closed, this part may become a bit tricky!”

When cruising resumes, Mr Storey predicts further challenges will need to be overcome. “From what we know at this point, cruise vessels may start operating from European waters first. This means that a large number of crew will have to obtain Schengen visas. For now all embassies are also closed, so there isn’t much we can do to prepare.”
Source: Sharp Crew Management