The prospects for the growth of the cruise industry in East Med are positive but still need much to improve in terms of safety and security for the sector to fully capitalize on its unique advantages.

This was the main message conveyed during the first day of the 5th Posidonia Sea Tourism Forum that opened today at Domotel Kastri Conference Centre in Athens, where ministers, representatives of international cruise associations, cruise lines, destination authorities and decision makers gathered to debate the state of the industry and share their views and insights on the trends shaping sea tourism in the regions of South East Mediterranean and the Black Sea. 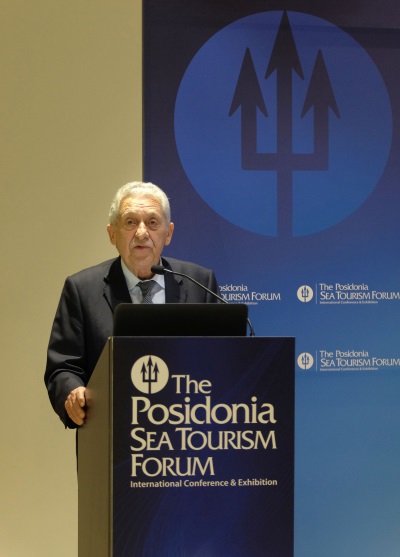 “Greece is at a crossroads of the cruise sector’s development trajectory and the ongoing privatization of the country’s ports is constantly opening new bespoke investment opportunities for industry players from around the globe with the intent and vision to further develop and enhance their offering for the benefit of cruise passengers,” said Fotis Kouvelis, Minister of Maritime Affairs and Insular Policy.
“Greece will move ahead with concessions regarding port-specific sectors including terminals and we are inviting international cruise lines and port operators to identify the investment opportunities matching their specific interests.”

Greece accounts for 10% of the Mediterranean region’s port calls, a significant number globally considering that the region is second only to the Caribbean in terms of fleet deployment. And according to Airam Diaz Pastor, President MedCruise, the country and the East Med region in generally set to benefit from a 22.2% increase in passenger numbers and 19.8% growth in port calls projected for the entire Mediterranean in 2019. “The region is seeing a golden age in terms of growth and the planned deployment of some 25 new luxury ships that are coming to the market soon will provide a fresh impetus giving smaller ports the opportunity to offer something different,” he added.

MSC, the biggest cruise line in the Mediterranean Sea with 15.07% of the market is also bullish on the prospects of East Med as a cruise destination where it plans to increase capacity by 25%. “We really like this region with its natural beauty its diverse cultural and rich historical attractions, yet we still remain conscious of certain geopolitical challenges that will keep us away from the Turkish market at least for now,” said Charles Darr, Executive Vice President, Maritime Policy and Government Affairs, MSC Group. “The lack of political stability in the wider region, with its geopolitical hotspots of Northern Africa and elsewhere take some convincing to operate there. We are still not convinced that it would be responsible for us to take our passengers there. You have to win the hearts and minds of tourists whose confidence is broken due to events in the region.”

Safety and security is a key issue also for Cyprus having lost 85% of cruise passengers since 2010 in spite of a significant uplift in the number of tourists visiting the island. 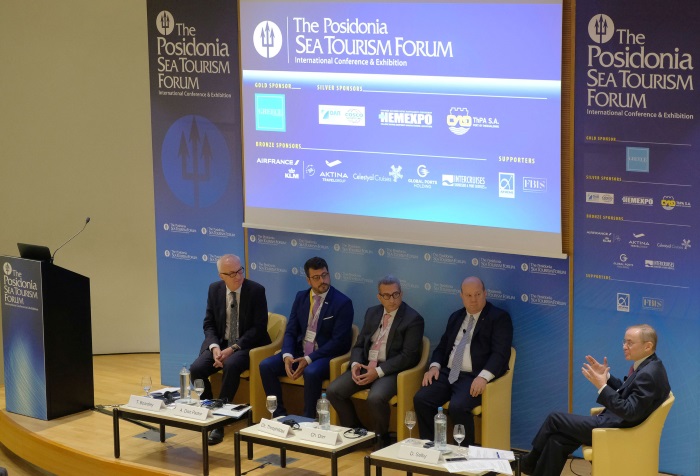 But as the Tourism Deputy Minister for Cyprus Savvas Perdios said during his Posidonia Sea Tourism Forum keynote speech, the island nation is eyeing a larger share of the market. “Cyprus is ready to pull its weight since we launched a ministry dedicated to our tourism industry five months ago. We have pinpointed safety and security as our number one priority for the growth of our tourism product and earmarked the cruise sector as a top ten strategic pillars in our 2030 strategy.”

Tom Broadley, Secretary General, CLIA Europe gave a different sort of a top ten list, describing the emerging trends likely to shape the future of the cruise industry globally. Highlights include the aptly dubbed Instagrammable Cruising, which helps spread awareness about this holiday alternative, Achievement over Experience, where passengers seek to learn a new skill like cooking or dancing during their cruise, and Conscious Travel, according to which passengers are mindful about the environmental impact caused by cruise ships which dictates the ways they interact with the communities at the destinations they visit.

Other topics tabled during the Forum include the prospects of cruising in the East Med, partnerships between ships, ports and destinations for sustainable tourism, the region’s potential to offer year-round cruise products and the overall impact from the dramatic growth of mainstream cruise ship sizes. 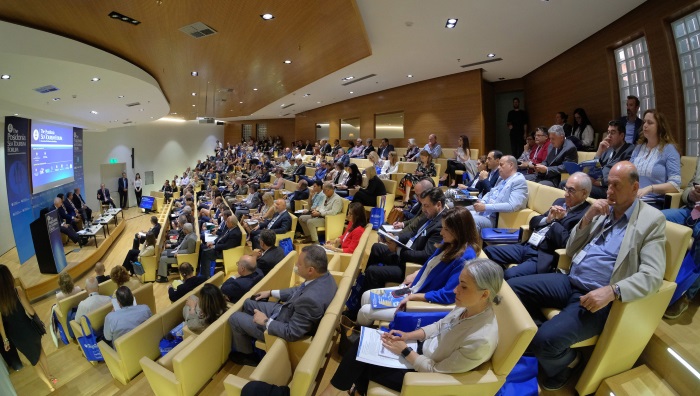 The 5th Posidonia Sea Tourism Forum is organised under the auspices of the Ministry of Tourism and the Ministry of Maritime Affairs & Insular Policy and is supported by the Hellenic Chamber of Shipping, CLIA Europe, the Association of Mediterranean Cruise Ports (MEDCRUISE), the Hellenic Professional Yacht Owners Association, the Greek Marinas Association, the Association of Passenger Shipping Companies, the Union of Cruise Ship Owners & Associated Members, the Federation of Hellenic Associations of Tourist and Travel Agencies (fedHATTA). Gold Sponsor is the Greek National Tourism Organisation. Silver sponsors are the Piraeus Port Authority, HEMEXPO and the Thessaloniki Port Authority, Bronze Sponsors are Air France – KLM, Aktina Travel Group, Celestyal Cruises, Global Ports Holding and Intercruises Shoreside and Port Services and Supporters are the Athens International Airport and FBIS Security.
Source: Posidonia Events

MABUX: Bunker prices may demonstrate multidirectional changes with tendency to grow on Dec.3

Safe Bulkers, Inc. Entered into an Agreement for the Acquisition of One Kamsarmax Class Dry-bulk Japanese Vessel